Patrick Murphy on Fundraising Scandal: Nothing to See Here 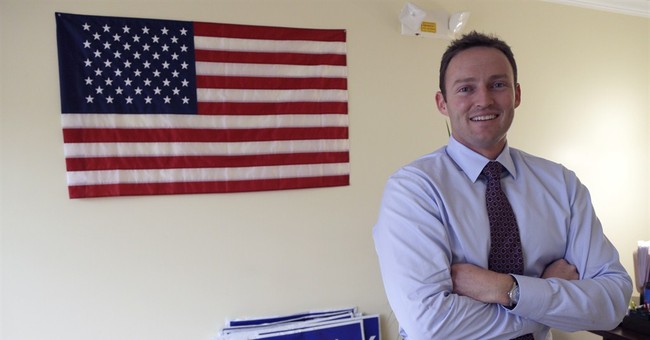 During an interview with CNN’s “New Day," the Democratic Senate candidate mostly played dumb on breaking revelations that a Saudi family has illegally funneled campaign donations to him in the past. Murphy claimed he didn’t even know about the investigation until news broke on the subject.

"Our campaign follows the letter of the law. We've never been contacted by the authorities," he told CNN's Alisyn Camerota. "It's a lot of speculation. Look, there is a reason why the authorities didn't even comment on this."

There was even speculation that Marco Rubio was behind the break of the story.

"I don't want to be a conspiracy theorist. Who knows?" he said. "What I do know is there are right-wing Republican groups out there, and this is all they do, literally, is they are out there pushing misinformation."

Instead of talking about the Senate race, Murphy only wants to talk about Trump – a man he isn’t running against. Much like the previous debates with Rubio, Murphy relentlessly diverted the conversation to Trump during the CNN interview.

The Democratic candidate also insinuated the WikiLeaks email dump regarding Clinton’s play-to-play schemes may be fabricated altogether. When CNN host Camerota pressed him that the pertaining emails have not been disputed by the Clinton camp, Murphy backtracked and claimed he wasn't really "following" the situation – he then pivoted to Trump again.

The race in Florida is tight, but Rubio has consistently held a lead in the Sunshine state polls.