The FBI Is Investigating a Donor Scheme Tied to Patrick Murphy 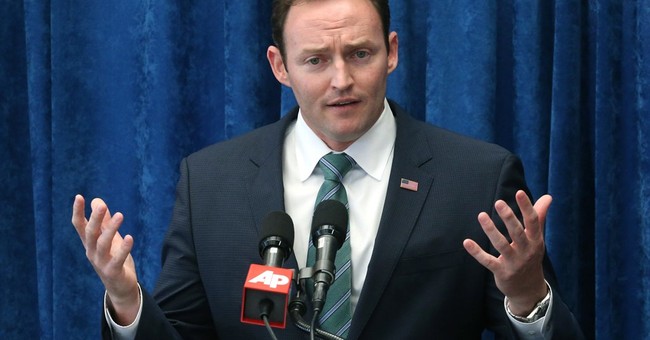 The investigation is regarding donations made in Murphy’s first House run in 2012. A longtime friend of Murphy since high school, Ibrahim Al-Rashid, allegedly coordinated a “straw donor” scheme to help the Democrat.

A straw donor scheme involves bypassing the legal limits of campaign donations by funneling money through other people’s names. The FBI is looking into whether Al-Rashid has used other people's names as donors without their consent.

The son of a Saudi billionaire, Al-Rashid is a generous donor to Patrick Murphy and has forked over large sums of money to his campaign and other Super PAC’s supporting his candidacy. He has given in total almost $400,000 in various donations.

The GOP-aligned Super PAC, Senate Leadership Fund, was the first to blow the whistle on major discrepancies regarding Murphy’s donor list. One such example included a woman who donated $300 to the Democratic candidate. In her occupation listing, it stated she owned and managed Limestone Property Management – a Texas based company. Upon investigation, it was discovered she neither owned nor managed the company. She never even worked there.

A police report in 2012 listed her as formerly being a “cleaning lady” to Al-Rashid.

Throughout the Florida campaign, Murphy has been lambasted as a privileged rich kid who has a penchant for exaggerating his resume. Rubio has been consistently leading in the polls and the main spending arm of the DNC has pulled out of ad buys in Florida – essentially giving up on the race.