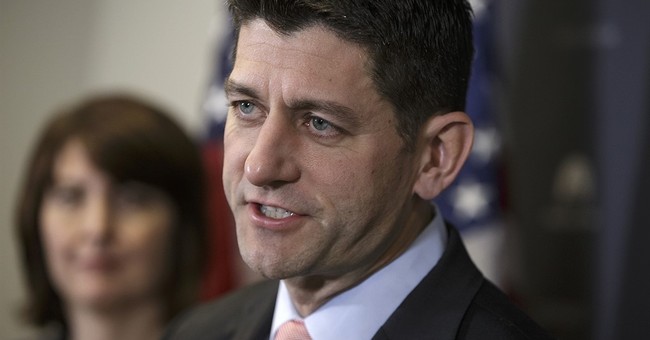 Internal House GOP elections will take place on Tuesday, November 15 - one day after the lame-duck session begins for Congress. Candidates for leadership positions will hold a forum the day before on Monday.

The forum and the elections following it are closed-door and completely off limits to the press. We won’t know the outcome of the elections until they are announced. However, results are usually unveiled promptly after the outcome.

Republican members will decide (assuming a GOP House will hold) who will be the Speaker, Majority Leader, Majority Whip, and Conference Committee Chairperson. Paul Ryan, Kevin McCarthy, Steven Scalise, and Cathy McMorris Rogers, respectively, hold these positions and are all running for reelection. All seem poised to win their races.

The only real talk lately has been the reelection chances of Speaker Paul Ryan. Freedom Caucus members held a secret meeting earlier in the week regarding their strategy for leadership elections. Reports have shown some conflict inside the conference regarding Ryan – some want him to be challenged while others have threatened to leave if such an action was instigated by the renegade conservative group.

Mike Pence gave eyebrow-raising answers on Ryan’s reelection during a National Review interview. The interview, which was published Thursday, noted Pence refused to give a direct answer when asked three separate times if he felt Ryan should be reelected as Speaker.

However, after the interview, a senior advisor to Pence said the Vice Presidential nominee would vote for him if he were still serving in the House chamber.