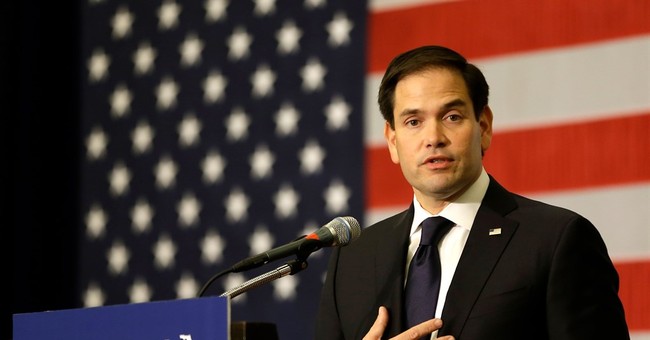 Marco Rubio has seemingly ruled out a possible presidential run in 2020 should Donald Trump lose on November 8.

In an interview Wednesday with News Radio 970 WFLA, Rubio stated, "If I wanted to run for something else, I wouldn't have run for Senate... My opponent keeps saying I'm gonna run for president. If I wanted to run for president in four years, I would have just stayed out of this race and started running on November the 9, which a lot of other people are going to do. I wouldn't have run for re-election at the last minute in the toughest swing state in the country, in a year as uncertain as this one."

Rubio, having at first declined to run for re-election in the Senate for a shot at the White House, has taken heat from his Democratic opponent, Rep. Patrick Murphy, for having presidential ambitions above his duties representing Florida in Congress.

To the dismay of many Republicans nationwide who would love to see Rubio run again for the White House if Trump loses, the Florida senator has assured voters in the Sunshine State that he plans to stay committed to the Senate for a full six-year term.

Rubio’s original plan after dropping out of the 2016 presidential race was to (at least temporarily) leave public office. He even hired a lawyer to manage all the job offers he was inundated with. However, he received heavy pressure from congressional Republicans to run for re-election after it became clear he was the only Republican polling well enough in the Florida senate race.

It seems Rubio made the right choice – polling shows him performing very strongly against Patrick Murphy, and many pundits declared Rubio the clear victor in their first debate.