Utah is Putting Evan McMullin on the Map 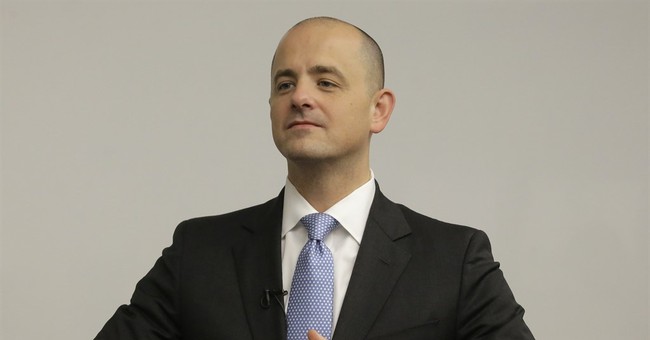 It all began a week ago.

Once regarded as a remaining vestige of the Never Trump movement, McMullin is commanding a wave of new found attention. Nate Silver's people at FiveThityEight speculated how the insurgent candidate could win Utah, create an Electoral College deadlock, and then win the presidency.

The wonderful press has steamrolled into seemingly better poll numbers for him. The latest poll released Monday now has McMullin at 29 percent in Utah – one point ahead of Clinton and just one point behind Trump.

His surprising poll numbers in just a single state is not surprising given his background and current campaign strategy. McMullin, a Mormon and Brigham Young graduate, has made Utah his home base for his operation. His religious identity and background as a congressional staffer appeals to the Mormon minority and their affinity for policy-minded conservatism.

While his popularity is starting to trickle down to neighboring areas in the Mountain States, this one-state strategy is interesting to take note of. Instead of running a more national election with third-party resources (little money, small staff, etc.), McMullin’s team is focusing most of their energy on one state. Unlike Gary Johnson who is polling better across the country, McMullin is in a very strong position to actually win a state… and electoral votes.

This is something that hasn’t happened since the presidential election of 1968 when George Wallace bucked the Democratic Party.