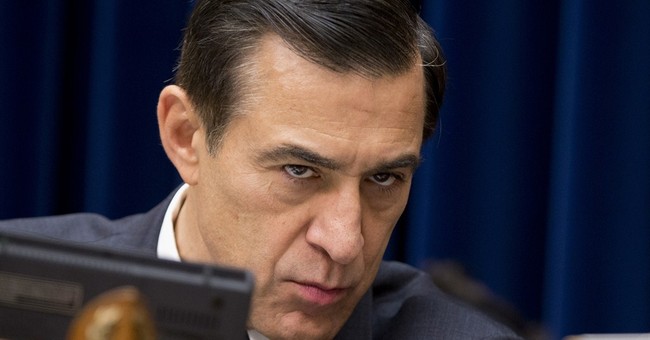 Republicans were given a pretty big scare scare in late August when an internal poll was released showing well-known GOP congressman Darrell Issa only beating his Democrat challenger, Doug Applegate, by a mere 3 points – within the poll’s margin of error. How could the eight-term congressman of California’s 49th district be polling so poorly to an unknown candidate?

Demographics are changing Issa’s longtime district in southern California. The area, including the Republican stronghold of Orange County, has seen an influx of Latino voters. Despite Romney besting Obama in the 49th district in 2012, Trump is losing to Clinton by a few points – dragging Issa down with him.

Doug Applegate does have, at first glance, a formidable resume. He is a retired Marine Corps colonel, having served for 32 years and completed tours in Baghdad, Fallujah, and Ramadi. He recently received an endorsement from California Attorney General and Senate hopeful Kamala Harris.

However, recent revelations into Applegate’s past should prove to be a game changer.

Following their divorce, Doug’s ex-wife, Priscilla Applegate, accused the candidate of stalking, harassment, and even spousal abuse. Priscilla requested – and was granted – a restraining order against Applegate in 2002 and in 2004.

Records show Priscilla describing one particular situation where she was undressing in her bedroom and was horrified to discover Applegate “looking in at me through the window.” In other testimony, she described Applegate alarming teachers when he was seen outside their children’s elementary school “staring through the window.” She claims Applegate was constantly keeping tabs on her and she feared for the safety of herself, her kids, and her new husband.

Applegate’s campaign brushed off the accusations as situations revolving around a contentious divorce and said the revelations are proof of Issa’s desperation.

The news of Applegate’s past is late-breaking and it’s not yet known how it will affect polling.