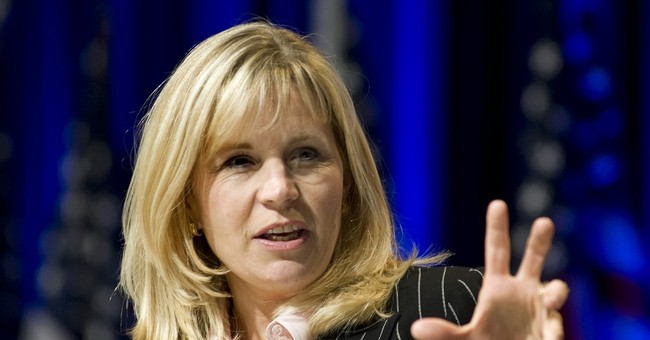 This year’s election is looking to be much brighter for the former vice president’s daughter than the mid-term election two years ago. Liz Cheney is looking to replace outgoing Representative Cynthia Lummis.

Wyoming primary voters will head to the ballot box on Tuesday to select party nominees and Cheney is polling well ahead of her rivals. According to the most recent poll, she leads the eight-way primary by double digits – obtaining 21 percent support among GOP voters. The second place finisher is only taking in about 9 percent support. In a Republican stronghold such as Wyoming, the winner of the GOP primary is expected to easily win the general.

The environment is much different than 2014, when Cheney attempted a primary challenge against sitting senator Michael Enzi. Instead of waiting for a retirement to allow an opening, Cheney tried to unseat an incumbent Republican senator, angering the Wyoming political establishment. Thanks to deep fundraising connections from her father, Liz Cheney was able to run a well-funded campaign. However, she was unable to gain traction against a popular senator and she eventually suspended her campaign.

This go around is much different. Congresswoman Cynthia Lummis is wishing to return home to Wyoming and is leaving her at-large seat vacant. Cheney, having been criticized last election for living in Virginia too long, has “paid her dues” and made more connections within the state. She now has the backing of key Wyoming political figures and her father’s national fundraising network has yet again given her solid financial backing.

Cheney has also received the backing of the Susan B. Anthony List. Her entrance will be welcoming to a Congress that is appearing to include a dwindling amount of women next year.