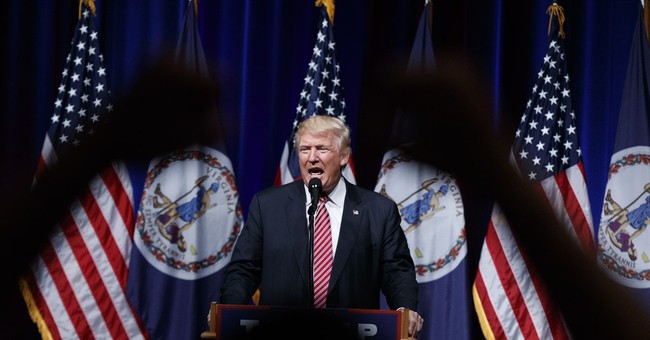 Donald Trump met privately with Fraternal Order of Police President Chuck Canterbury and other officials of the national police union Friday morning inside Trump Tower. The FOP is currently mulling whether to give an endorsement for this year’s presidential election and Trump has been actively looking to get their nod of approval.

The national police union has a membership of around 330,000 around the country with large chapters in major swing states. An endorsement would be immensely helpful for Trump as he looks to pick up his falling poll numbers.

Law enforcement issues have become a mainstay in the political dialogue this campaign season as recent police shootings have rocked the nation and Trump has presented himself as the “law and order” candidate. These stances have attracted the attention of the Fraternal Order of Police.

While Trump has made efforts to woo the group, Hillary has apparently made no attempts to land their endorsement – despite her husband winning their approval in 1996. Her campaign failed to submit a questionnaire for the FOP, even after repeated attempts from them to do so. Clinton gained their ire when the Democratic convention included numerous mothers of individuals shot by police, but included no family members of fallen police. They were so livid, in fact, they issued a statement regarding the one-sided convention lineup.

The Fraternal Order of Police prioritize law enforcement issues and have a history of supporting republicans for president. They endorsed GOP nominees in the 2000, 2004, and 2008 elections. However, they are a union organization and do care for those issues, too. They refrained from endorsing Obama or Romney in 2012 due to their concerns over some of Romney’s anti-union positions.

Can Trump land their endorsement? No word yet on how the meeting this morning went.

Their board will vote in early September.