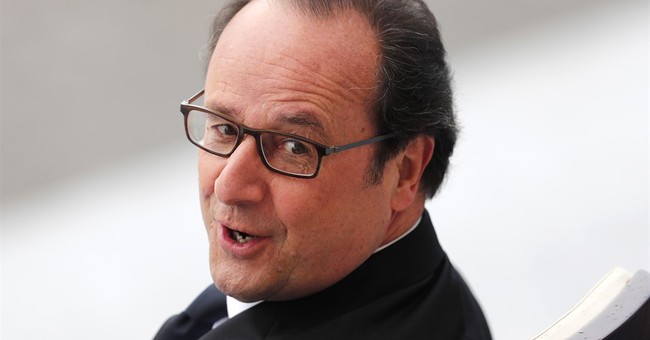 Things are not looking great for François Hollande, the current president of France. While unpopularity has dogged his presidency since his election in 2012, he has seen his disapproval ratings drop to unimaginable levels.

Recent polling by French institute TNS Sofres shows almost 90 percent of his people disapprove of his job performance. Only 12 percent surveyed said they felt he was doing a good job as president.

What exactly is making French voters detest their leader? Besides continually high unemployment numbers, Hollande has been criticized for showing indecisiveness in the face of rising terrorist attacks in the country following the Charlie Hebdo shootings and the Paris bombings. Voters are also showing rising frustration for a perceived lax in French immigration policies, resulting in record popularity for far-right politician Marie Le Pen and her party, National Front.

Another mounting criticism for François Hollande: the cost of his hair grooming. He apparently pays $11,000 a month to get his hair cut.

You read that correctly.

The socialist president who was elected on promises to defend the poor, demonize and tax the super-wealthy, and claimed to be a man of the people, spends $11,000 on haircuts every month. Hollande’s precious head grooming is managed by a contracted hairdresser who travels with the President almost daily. He’s on call 24 hours a day and has even missed the birth of his own children due to work obligations.