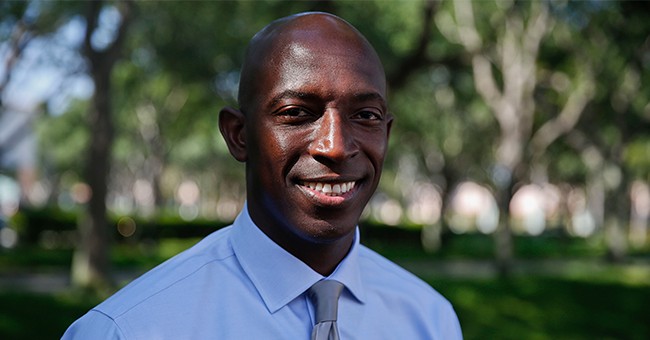 Another candidate announced his 2020 bid for president Thursday. Wayne Messam, the mayor of Miramar, FL, released a campaign video on his Twitter page.

The American Dream my parents sought when they came from Jamaica with just a 5th grade education is fleeting. Together, we can put the American Dream back within reach for all #ChangeCantWait pic.twitter.com/oHwrBsx5uH

In his video, Messam pointed to his prior accomplishments, including winning a national championship for his football team at Florida State University in 1993, earning recognition by the United States Green Building Council for “building the first LEED platinum school in the Southeast United States,” and serving as the first African-American mayor for his city since 2015.

“The problem in American as I see it is that we are not addressing these high-stakes problems that we must deal with today,” Messam said. “When you have a senior citizen who can’t afford her prescription medicine, Washington is broken. When our scientists are telling us if we don’t make drastic changes today, the quality of our air will be in peril, Washington is broken. Every day people are graduating from universities with crippling debt, stifling their opportunity for financial mobility.”

Messam’s parents moved from Jamaica to the U.S., where his father took up the job of a sugar cane cutter. Messam said he imagined his father working in the fields thinking that he could get his children to a better position than he was.

“The same prospect of the American Dream that my father was able to achieve,” Messam said. “We need to bring that back. For every American.”

Messam went on CNN to announce his bid and was asked why he wanted to run despite not having a lot of recognition outside of his city. Messam said that while he was in office, Miramar’s economy grew rapidly, took jobs away from China and the city passed “living wage” legislation. As mayor, he sued the state of Florida to allow himself and other mayors to push for gun control.

“These are very important issues that have national implications,” he said.

According to CNN, Messam fought against President Donald Trump’s immigration policy and proposed that immigration officials should have to obtain a warrant to enter pre-kindergarten schools and facilities owned by his city.

"We want to make sure that our parents at least, regardless of their immigration status, that is one less fear that they have -- in regards to the prospect of their child being disrupted due to what we have seen going on across the country," he said in 2017.