Rep. Andy Harris: 'If You Like the DMV, You’ll Love Medicare for All' 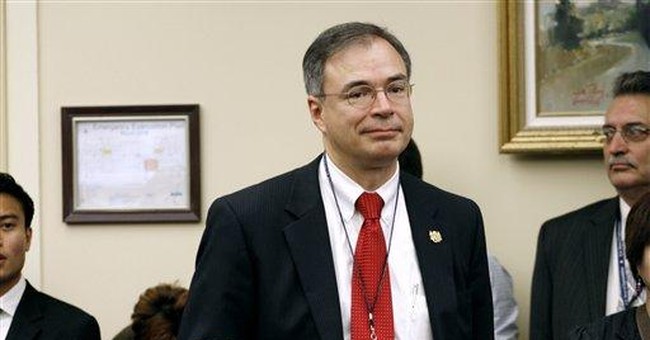 “If you like the DMV, you’ll love Medicare for All,” Rep. Andy Harris (R-MD) said at Conversations with Conservatives.

Harris sat with Reps. Scott DesJarlais (R-TN) and Paul Gosar (R-AZ) on March 6 for the Conversations with Conservatives panel, hosted by Robert Bluey, vice president of communications with The Heritage Foundation.

This month, members discussed rising healthcare costs and their thoughts on Medicare for All, a universal healthcare measure that’s being pushed by 2020 presidential candidate Bernie Sanders and other progressive politicians.

Harris argued that Medicare for All wouldn’t give everyone in the United States exceptional coverage for free, but instead make everyone pay high taxes for less-than stellar insurance. Fox News reported that the plan would cost, “tens of trillions of dollars over a decade.”

“You can’t offer free Medicare to everyone and expect anything but ration to be the result,” Harris said.

DesJarlais said the problem with Obamacare was that it mandated what kind of insurance people could have and what they had to pay for. It did major damage to the healthcare market, but under Medicare for All, the federal government will get rid of private insurance altogether.

“People would be left with what the government tells them they can have,” he said.

And that’s not all. Specialists would receive a large wave of clients trying to see them. There wouldn’t be enough people on the job to take care of the large lines of citizens looking to get treated. Harris compared the situation to the DMV, which he said was monopolized by the government.

“Medicare for All will result in care for none,” Harris said. “That’s the bottom line.”

Gosar emphasized that competition is necessary to keep health insurance functional and would do a better job at providing better coverage for a large number of Americans without collapsing the system. The congressman proposed ways to allow competition to flow and return healthcare to the free market.

“What about market-driven application that we haven’t seen since 1964? Making insurance compete for the marketplace?” he asked. Gosar also proposed getting rid of the Sherman and Clayton Anti-Trusts acts, which attempt to make monopolization and efforts to hinder competition illegal.

Conversations with Conservatives is a monthly press meeting held by the House Freedom Caucus, in partnership with The Heritage Foundation. Conservative members of Congress discuss policies and topical issues surrounding the nation and their stances on them.

New Report on the Wuhan Lab Details 'Greatest Coverup of All Time'
Townhall
'Imagine you're a NORMAL person': MEGA-THREAD explains in damning detail WHY people are vaccine-hesitant and it's near perfection
Twitchy
Watch: Karma Strikes a Washington City in Embarrassing Way After Little Girl’s Lemonade Stand Is Shut Down
Redstate
5 Things Red-State Governors Should Do Right Now if They Want to Secede From Covistan Permanently
PJ Media