Over 40,000 People Are Registered to Vote in Both Virginia and Maryland 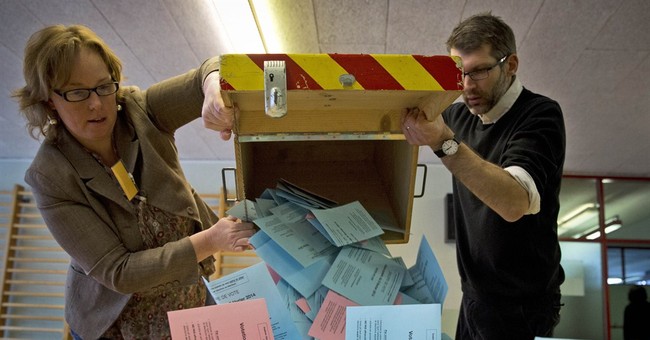 As midterm elections quickly approach, many are starting to think about voting and potential fraud at the polls. And once again, we find that there is cause to be worried about voter fraud here in the U.S. It appears in a new report that 44,000 people are registered to vote in both Virginia and Maryland.

A vote-integrity group crosschecked the voter rolls in the two states and found far too many people registered in both states. The group, known as The Virginia Voters Alliance, is going to expand their research into surrounding states like Pennsylvania, the District of Columbia, New York, New Jersey, Delaware, North Carolina, Tennessee, West Virginia and Georgia.

The group found that the number of voters who actually cast ballots in both states was only 164 in 2012, but that is still far too many. And the problem of potentially having thousands of people casting multiple ballots is the real issue.

The Virginia Voters Alliance also worked with the Privileges and Elections committees of the state House and Senate. They found 31,000 dead voters through the Social Security Administration’s Death Master File. The president of the organization said that dead voter registration is a prime target for voter fraud.

A simple solution for this issue is a voter ID law. Not only should people be required to show ID at the polls, but voter registrations should be cross checked more frequently. Hiring an outside group to do this, not only will help with voter fraud, but provides business to a non-governmental group. These numbers need to be greatly reduced before November.