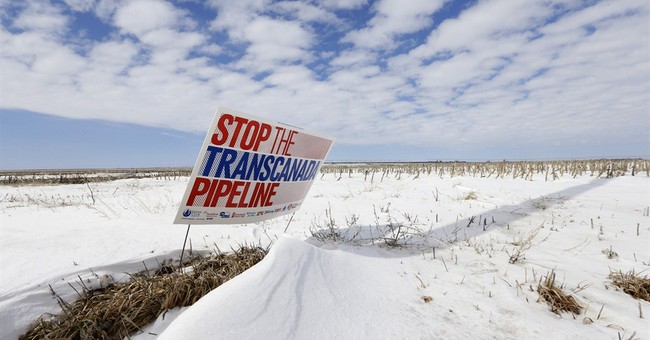 Yesterday the Obama administration delayed the construction of the Keystone Pipeline, once again. This time, the review period was extended, pushing back a potential decision until after the November elections.

Of course this is not the first delay the pipeline has faced. Back in November of 2011 the administration announced that they wouldn’t have a final decision until after the 2012 elections. Well I hate to tell you guys, but that was a year and a half ago! You are really late.

The State Department said they needed more time to review the public comments and to assess the impact of the pending lawsuit in Nebraska that could change the proposed route of the pipeline. Roughly 2.5 million comments were submitted to the State Department for review. Not shockingly, the department did not provide a specific date they expect to finish the review.

Of course the environmental lobby is loving this. But supporters of the pipeline are not going to sit by and let President Obama get away with this.

In criticizing the delay, Senate Minority Leader Mitch McConnell, R-Ky., said: "Here's the single greatest shovel-ready project in America — one that could create thousands of jobs right away — but the President simply isn't interested."

He added: "Apparently radical activists carry more weight than Americans desperate to get back on the job."

President Obama has said he will make the final decision on pipeline construction based on the national interest. Let’s hope that creating more jobs and adding a new source of energy for the country will be enough to convince the president, and not is green allies.

There are plenty of democrats who support the pipeline.

Sen. Mary Landrieu, D-La., who faces a tough re-election bid in November, said "today's decision by the Administration amounts to nothing short of an indefinite delay of the Keystone Pipeline."

Another democrat friend of the pipeline is Heidi Heitkamp of South Dakota.

Sen. Heidi Heitkamp, D-N.D., one of 11 Senate Democrats who signed a letter to Obama seeking a specific timeframe for a Keystone decision, expressed frustration with the latest delay.

"It's absolutely ridiculous that this well-over-five-year-long process is continuing for an undetermined amount of time," she said.

Mr. Obama, do you not see that this is one issue that has truly united the party. You always talk of bipartisanship, but when the parties work together you ignore it and continue to delay a great project. I wonder if we will even have an answer before the 2016 elections. Sorry, I am a bit pessimistic lately.