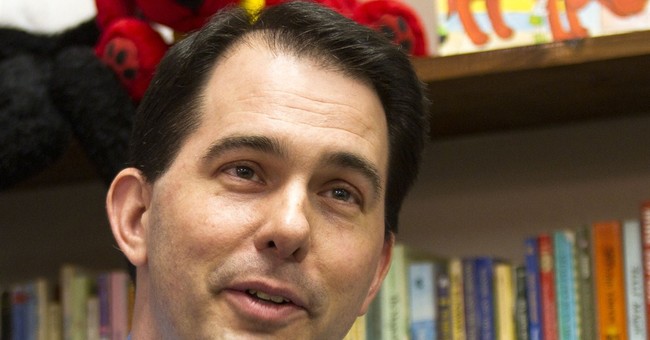 Must be a slow news day over at the Huffington Post , they are really reaching for stories now. Recently emails from the Scott Walker camp have come under fire as potentially showing questionable campaigning practices. Even though those inquiries have been dropped and there is no story there, apparently the Huffington Post doesn’t want to give up on it. And not only are they trying to continue this story, they are trying to drag something extremely insignificant out of the shadows.

The online “news” source is glorifying the actions of a Democratic super PAC that is trying to bring down the Governor of Wisconsin. The president of the PAC said,

“There is a pattern in Scott Walker's career where he gets caught knowing about illegal activity and then tries to blame it on others. Walker needs to stop ignoring legitimate questions from the Wisconsin and national press and explain what he knew and when about the illegal activities happening in the County Executive Office literally only feet away from his desk.”

The author over at the Huffington Post writes that back in 1988(!) Scott Walker ran for president of the student government at Marquette University. In a contentious fight for the office Walker started campaigning on January 24, when he was supposed to wait until February 3rd. How preposterous!

And what was this “campaigning” he did? He simply told a fraternity that he planned on running for the office in a few weeks! So announcing your intentions to run counts as campaigning?!

Mind you, Walker didn’t even win this election!

Walker dropped out of Marquette before graduating and Democrats tried to convince people it was because of the campaign shenanigans. The university denied those claims. So basically there is no story here.

The Huffington Post actually, legitimately asked the Walker campaign for comment, too! But they didn’t hear back…So obviously they think he’s admitting guilt; even though this is one of the most preposterous probes I have ever heard of.

Who knew that what we did as 20 year olds running for class president would come back to (potentially) hurt our political ambitions. Especially when the situation is questionable in the first place! It must be hard working over at the Huffington Post when there is nothing to write about!