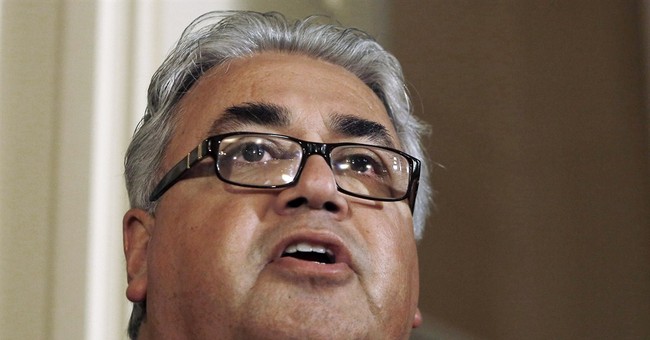 California State Senator Ron Calderon has surrendered himself to federal authorities. The 24-count indictment was filed against him last week.

Calderon was taken into custody by federal authorities earlier today after he was charged last week with several counts of federal bribery and corruption allegations.

The Democratic state senator represents the city of Montebello.

The state senator is also accused of paying his daughter $39,000 for a bogus office job and paying roughly $30,000 for his son’s education.

The senator’s brother also faces charges in connection with the scheme.

“The charges allege that the defendants traded influence for cash, and used kickbacks and other tactics to keep the system working in their favor,” said Bill Lewis, FBI assistant director in charge.

If convicted Calderon could face 396 years in prison and his brother faces up to 160 years. Look at this local news report for all the details of the alleged bribery case.