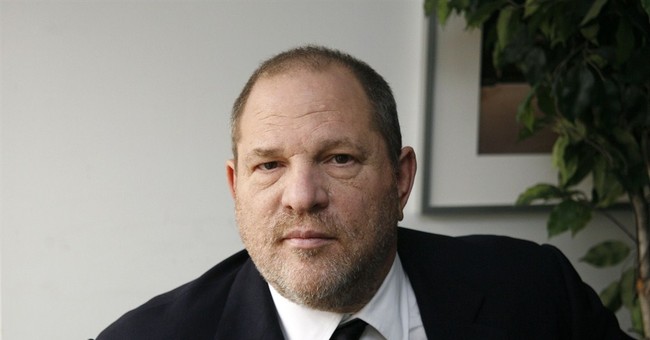 Hollywood is no stranger to liberal allies, and the latest news from Tinseltown shouldn’t come as a surprise, but that doesn’t mean it hurts any less. One of the biggest producers in Hollywood, Harvey Weinstein, was a guest on Howard Stern’s radio show earlier this week. As if this combo isn’t enough to peak your interest well there’s more.

Mr. Stern asked Weinstein if he owned a gun; to which Weinstein replied that he never had and never would. Now all of that is fine and dandy, but of course he is not happy just choosing to not own a gun himself, he wants to make anyone who owns a gun feel bad about it. Weinstein then took the time to make an announcement that he had originally intended to keep secret.

He said, “I shouldn’t say this, but I’ll tell you, Howard. I am going to make a movie with Meryl Streep, and we’re going to take this head-on. And they’re going to wish they weren’t alive after I’m done with them.” Here he is talking about the NRA which he had previously mentioned was a ‘disaster area’.

But of course the movie producer admitted it wouldn’t be a documentary. It will be a huge Hollywood production, something like Mr. Smith Goes to Washington. And amazingly, Mr. Weinstein wasn’t yet done. He stated his plan was to scare people away from guns. He hopes that the movie will get viewers thinking “Gun stocks – I don’t want to be involved in that stuff. It’s going to be like crash and burn.”

Yes that makes sense…Americans hate keeping themselves and their families safe.

Not shockingly though, this just shows the hypocrisy of the famous Hollywood producer. A project Weinstein is also working on shows Jews defending themselves during the Holocaust. Weinstein justified this by saying, “when you’re marching a half a million people into Auschwitz.” Well of course that makes sense to have a gun, but then doesn’t it also make the case for Americans protecting themselves too?

So it’s okay to use guns in other countries?

Might I just remind everyone that this is the man who was one of Obama’s biggest fundraisers, he brought in over $500,000 for Obama’s re-election and the DNC. Although it’s not surprising to see this announcement from a huge liberal ally in Hollywood, one might think he should be a better businessman. Making fun of and alienating 5 million NRA members probably isn’t going to help your sales. Just saying.