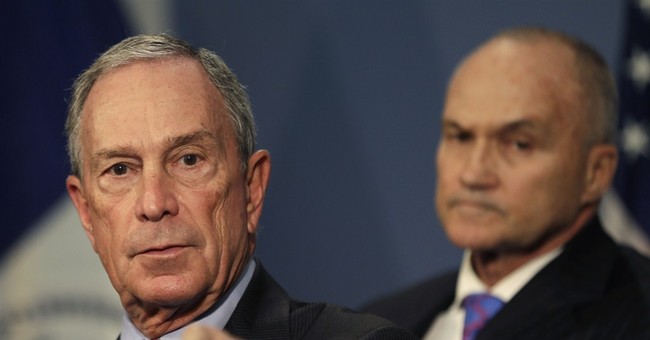 Well if Mayor Bloomberg doesn’t like it, you’d better fix it! When liberal media is starting to turn on you, you had better act quickly in order to thwart those efforts Mr. Bloomberg! Earlier this week the New York Times ran an article on its front page about ‘stop-and-frisk’ and Eric Holder. Well following criticism from a spokesman for Mayor Bloomberg, the newspaper quietly revised its piece.

According to the Bloomberg spokesman, Marc La Vorgna, the piece was unfairly giving the impression that the stop-and-frisk policy was to blame for higher incarceration rates. When the piece was originally printed on Monday, the New York Times story read, “Those policies have been denounced as discriminatory and responsible for explosive growth in the prison population”.

By Wednesday, the above text was removed from the article, although you can find an old version of the article on Google. According to La Vorgna, “Front page NYT today incorrectly lumps stop/frisk in w/national mass incarceration trend. Incarceration rates in NYC have plummeted”.

A New York Times spokesman told Buzzfeed “the change was made to avoid repeating the same thoughts below in the story. These types of changes are common when editing web stories.”

Isn’t this all just so polite?

After many issues this week with online news sources, it is hard to tell what the real stories are anymore. The New York Times website went offline earlier this week too due to potential cyber-hacking issues. But this followed an earlier piece shredding the Clinton Foundation. Traditionally liberal media outlets have been taking on bigger issues within the Democratic Party, which is very out of character. Perhaps this is a sign of actual problems within the party.