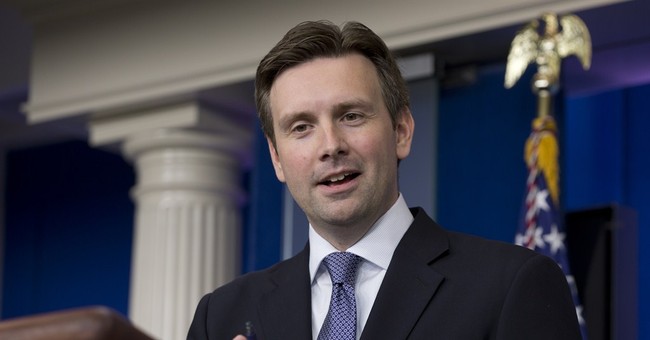 White House spokesman, Josh Earnest said earlier today that Republicans complaining about ObamaCare delays are like Alex Rodriguez. Now, in case you haven’t been following the baseball player’s recent scandal, A-Rod was suspended through the 2014 season for allegedly using performance enhancing drugs. Hmmm, yeah, that makes a lot of sense.

When asked about GOP criticism concerning the law’s lack of readiness, Earnest said that Republican congressmen aren’t credible on the subject.

“It's a little hard to take their criticism seriously, considering their opposition to the law in the first place,” Earnest said. “I was telling some of my colleagues earlier this is akin to Alex Rodriguez complaining that the drug testing program that Major League Baseball has in place isn't sufficiently strict. It's just hard to take on its face ... it's difficult to take them seriously in their complaints.”

Is it really that surprising that the law is getting some serious criticism from Republicans when they were the ones who opposed the legislation to begin with? There are serious flaws with the law and therefore they have had to delay its implementation. Isn’t this kind of the time for Republicans to say, ‘I told you so’?

The delay means some insurers will continue to set their own out-of-pocket caps next year. The original policy, still set to take effect in 2015, limits consumer costs to $6,350 for individuals and $12,700 for families.

Sen. Mike Lee (R-Utah) called the delay a “desperate and shameful political move” in a statement of his own.

But Earnest emphasized that because of the law, “for the first time, every single American will have access to a health care plan that will limit their out-of-pocket medical expenses.”

Too bad they will have to keep paying penalties if they don’t get insurance. And we still don’t know when this law will go into effect. There are so many problems it just keeps getting delayed! Obviously this is a really great law that everyone loves. NOT.