Tom Cotton Will Make a Run for Senate in 2014 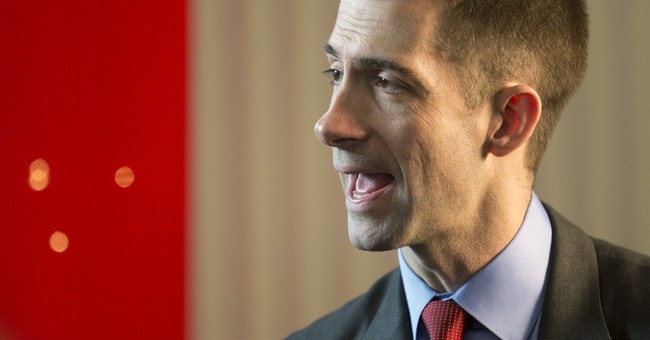 It looks like we are going to have quite the race in Arkansas next year! Arkansas freshman Republican Representative Tom Cotton will announce a bid to challenge two-term incumbent Democratic Senator Mark Pryor next week.

Rep. Cotton has an event scheduled for next Tuesday with supporters in his hometown of Dardanelle. The Associated Press talked with a person who has spoken to Mr. Cotton and knows he plans to enter the race against Pryor.

Cotton was elected last year to the open seat formerly held by a Democrat. Mr. Cotton, an Army veteran of Iraq and Afghanistan, is just 36 years old. His home district, Arkansas 4, was an easy win for him with many endorsements from national Republican leaders.

This senate seat is considered one of the most vulnerable in the country in 2014. With Republicans now in control of the state Legislature and Republicans holding all four U.S. House seats, it looks like there is a good opportunity for Cotton to win this seat!

Groups on the right and left have already been airing ads throughout the state targeting Pryor. A gun control group founded by New York Mayor Michael Bloomberg has aired spots criticizing the Democratic lawmaker for voting against expanded background checks. Pryor used his first TV spot to defend his vote against the criticism.

It looks like this Arkansas senate race is going to be one to keep an eye on. The flip of this senate seat could be another step towards Republicans winning back the senate.