A National Park on the Moon? 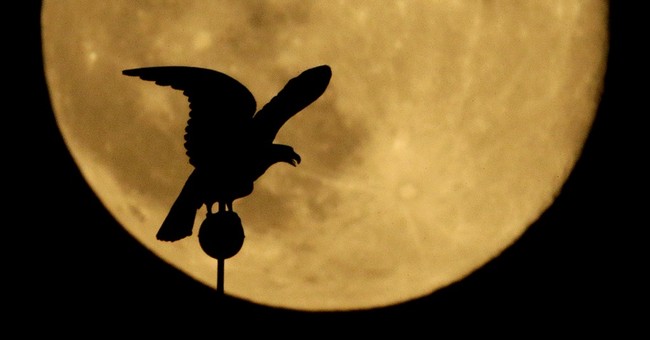 I think we can all say that we love our national parks. Parks that cover this entire country are beautifully well maintained by our tax dollars. But it appears that two of our Democratic Representatives believe that we are missing one very important national park. Representatives Donna Edwards of Maryland and Eddie Bernice Johnson of Texas have proposed legislation that would create a national historical park on the, wait for it…moon!

They want to create a park at the spot where the Apollo missions landed between 1969 and 1972. The park would be named Lunar Landing Sites National Historical Park.

The park would be comprised of all artifacts left on the surface of the moon from the Apollo 11 through 17 missions.

The bill says these sites need to be protected because of the anticipated increase in commercial moon landings in the future.

"As commercial enterprises and foreign nations acquire the ability to land on the Moon, it is necessary to protect the Apollo lunar landing sites for posterity," according to the text of the Apollo Lunar Landing Legacy Act, H.R. 2617.

Under the legislation, the park would be established no later than one year after the bill passes and would be run jointly by the Department of the Interior and the National Aeronautics and Space Administration (NASA).

Did I miss something? When did the moon become part of the United States? Don’t get me wrong, the landing on the moon is extremely important to our nation’s history, but that’s what the National Air and Space Museum is for. And how exactly do we plan to keep this up? I guess these Representatives know better than we do how space travel will be advancing over the next several years.