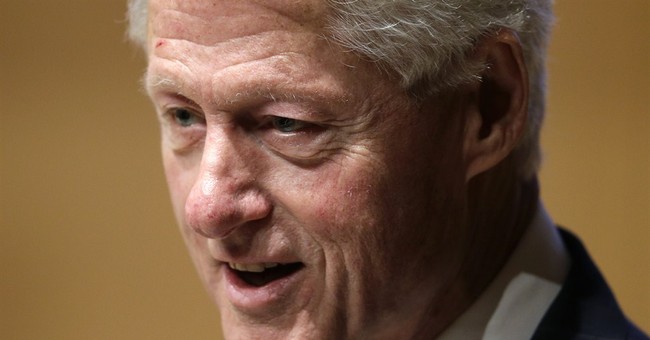 After yesterday’s Supreme Court decision to overturn the Defense of Marriage Act, now is a good time to look back on what got us to this point and the liberal hypocrisy on the gay marriage debate. In light of this decision, many have forgotten the origins of this act and it’s about time to remind many liberal minded friends that it was their favorite President, Bill Clinton, who signed this legislation into law. In 1996 Clinton signed this law supposedly because he felt pressure to do so. But need we also remind everyone that he was the one who also signed the now famous “Don’t Ask, Don’t Tell” policy into law also? Hmmm, two laws restricting the rights of homosexual Americans? That seems like a little too much of a coincidence for it to be called just caving to pressure.

No matter how you feel about gay marriage and the DOMA decision yesterday, it is imperative we remind liberals that it’s not always Conservatives and Republicans that are working against them, but sometimes the enemy is within the party. Bill Clinton has since changed his tune, but how far do we let things go?

After Clinton signed DOMA into law in 1996, he then ran ads in his 1998 re-election campaign touting his signing of the bill. But then, earlier this year he wrote a column in The Washington Post explaining how he now supports overturning DOMA. How often is it that we hear a former president say that what he did was unconstitutional? Maybe it’s just me, but usually it seems that presidents should be acting in accordance with the Constitution at all times, no matter who it is or what their politics may be.

To hear a president acknowledge he acted against the Constitution is extremely troubling. And the problem here isn’t necessarily that President Clinton changed his mind on how he feels about same sex marriage, but it’s the fact that liberals act like he has always fought for their liberal agenda, when in fact, that simply isn’t true.

And need we also remind liberals that Bill Clinton sat on the sidelines allowing a genocide to take place in Rwanda? This may not have any bearing on what happened yesterday with the DOMA and Prop 8 decisions, but it just adds fuel to the fire. Simply put, Bill Clinton is a hypocrite.

Hopefully this will help Democrats remember who they support and what kind of people they stand behind. If you want to be a Democrat, fine, but don’t forget that you can’t pick and choose what President Clinton did and whether you support it. His flawed character speaks loud and clear on behalf of the liberal agenda. Perhaps his constantly changing tune on gay marriage and the rights of gay couples will affect the legacy that so many remember him for. Hopefully the history books get it right.