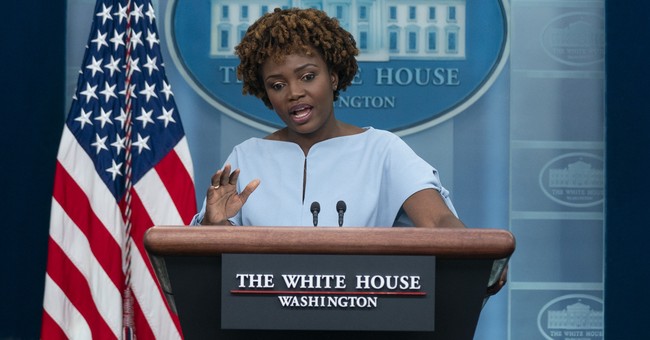 Yet more harrowing data emerged yesterday that once again illustrated, in stark relief, how much damage was done by COVID-era school closures.  These closures were driven by phony 'Science' fetishists who rejected data, in favor of a preferred political agenda.  At the forefront of this cabal were selfish teachers union bosses, whom elected Democrats allowed to alter and influence the official 'Science,' in accordance with said agenda.  As a rule of thumb, the bluer the jurisdiction, the longer children enrolled in government-run schools were locked out of classrooms -- for no good scientific reason.  The results?  Devastating:

National test results released on Thursday showed in stark terms the pandemic’s devastating effects on American schoolchildren, with the performance of 9-year-olds in math and reading dropping to the levels from two decades ago. This year, for the first time since the National Assessment of Educational Progress tests began tracking student achievement in the 1970s, 9-year-olds lost ground in math, and scores in reading fell by the largest margin in more than 30 years. The declines spanned almost all races and income levels and were markedly worse for the lowest-performing students. While top performers in the 90th percentile showed a modest drop — three points in math — students in the bottom 10th percentile dropped by 12 points in math, four times the impact. “I was taken aback by the scope and the magnitude of the decline,” said Peggy G. Carr, commissioner of the National Center for Education Statistics, the federal agency that administered the exam earlier this year.

In math, Black students lost 13 points, compared with five points among white students, widening the gap between the two groups. Research has documented the profound effect school closures had on low-income students and on Black and Hispanic students, in part because their schools were more likely to continue remote learning for longer periods of time. The declines in test scores mean that while many 9-year-olds can demonstrate partial understanding of what they are reading, fewer can infer a character’s feelings from what they have read. In math, students may know simple arithmetic facts, but fewer can add fractions with common denominators. The setbacks could have powerful consequences for a generation of children who must move beyond basics in elementary school to thrive later on...Being so far behind, she said, could lead to disengagement in school, making it less likely that they graduate from high school or attend college.

The Venn Diagram of woke "equity" obsessives, and those who opposed reopening schools for month after harmful month, is a near perfect circle. This is their handiwork. And yet, some of the chief culprits are lamenting the effects of their terrible manipulations, while trying to claim credit for progress they fought, turning reality on its head:

YOU did this. This anti-science, anti-child, anti-learning harm was caused *by you* and your political cronies.

An actual ‘how dare you?’ kind of moment: https://t.co/kdeIjFMtrd

Jean-Pierre blames Trump for schools being closed during Covid and says schools re-opening “was the work of Democrats in spite of Republicans” pic.twitter.com/X9kQjlzvHY

It's hard to capture the mendacity and shamelessness of President Biden's spokesperson trying to blame school closures on the Trump administration, while pretending that it was Democrats who did the work of reopening.  This is extreme, outrageous gaslighting.  It's a brazen lie.  Indeed, one of the political reasons that schools remained closed in Democratic areas and states for as long as they did is because President Trump called for them to be open.  And because designated villains like Gov. Ron DeSantis were following the data and permitting in-person learning to resume.  In an era of negative partisanship, kids were actively and needlessly hurt -- with lasting deleterious impact -- because politically-addicted adults didn't want admit the 'wrong' sort of people were right about something.  Just look at the metrics on states that opened schools first versus last.  If KJP's pathetic spin were accurate, the red states would be the holdouts.

We all know that's not true.  It's the opposite of the truth. Conservative governors were assailed for 'killing' children as they made the right call, as Democrat-funding teachers unions blasted school re-openings as white supremacy, and other such insulting nonsense.  They cannot run away from their policies, and they cannot run away from their words.  This thread provides a snapshot of the evidence that shreds their clumsy revisionism:

5) Press Sec @jrpsaki, Feb. 17, 2021: "Many schools will tell you, across the country, they were waiting for the CDC guidelines, they want to know how to do it safely, but they need the funding to hire more teachers" pic.twitter.com/yEJVrg7uAC

There are other tweets in the thread that I didn't embed, and countless other examples not mentioned in the thread.  Note that the opposition to opening schools, and then related union-appeasing hedging, ranges from the summer of 2020 to the summer of 2021.  It's simply a statement of fact that schools were shuttered the longest, and restrictions most severe (up to and including right now) in the most heavily Democratic areas of the country.  Period.  We have the receipts.  And we don't even need receipts because we all have memories that can recall things that happened more than 14 seconds ago.  I'll leave you with a reminder that the people who did this have faced zero accountability.  Randi was an honored guest at a 'back to school' White House event this week.  A radical, pro-shutdown teachers union boss has been named to the Democratic gubernatorial ticket in one of the largest and most important states in the country.  And officials who made some of the very worst decisions are failing up:

Oversaw one of the biggest policy disasters for educational equity in modern memory while ridiculing those who tried to stanche the bleeding. Hired by a major university bc of expertise in equity. Perfecto.https://t.co/Ombxq8KWlm

Perhaps the only accountability will be meted out at the ballot box in just over two months.  Remember that.  Act accordingly.