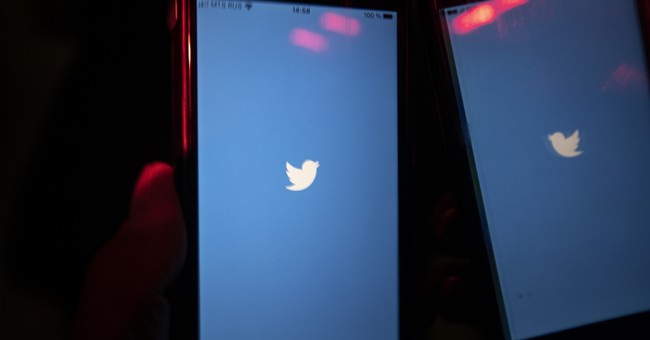 Some misinformation -- or arguable misinformation, or even correct information deemed to be misinformation -- is extremely dangerous and needs to be throttled, censored, or flagged with warning labels on social media.  Other misinformation is just fine, however, like this super-viral tweet by a Democratic member of the House Energy and Commerce Committee, who also sits on the chamber's Natural Resources panel.  This realm is supposed to be her area of expertise.  Alas:

So why are gas prices 2 dollars higher per gallon today than they were in 2014?

Because Big Oil corporations are hiking prices to rake in record-setting profits.

The replies, if you dare, are littered with ignorance, conspiracy and illiteracy.  But the tweet took off because a great many 'blue checkmarks' amplified it.  Days after its publication, its reach and engagement keeps growing, without any sort of "context"-style label getting slapped onto it by the platform, which selectively tends to do such things to combat "viral misinformation."  The thing is, it's (easily) verifiably wrong, as any number of critics have pointed out:

Consider that inflation has exploded since then, and gas prices today are tracking with a barrel of oil the same as 2014. https://t.co/x11vzD6XSw

"The brazenness and ubiquity of this lie is really something," marvels another.  Oil is a global commodity, and the price per barrel hinges on a number of factors.  These factors are complex (fluctuations in refining capacity included), but ultimately boil down to supply and demand.  It is fair for defenders of the Biden administration to note that some of these things are beyond the control of any single actor, including American presidents.  It's true that Russia's invasion of Ukraine has impacted the international market.  It's also true that the pandemic upended usual patterns, impacting a number of relevant fronts.  What defenders of the Biden administration cannot do is invent numbers, pretend as if this president's hostility toward US domestic energy production is irrelevant or non-existent, or persuade most voters that the current pain is all the doing of Vladimir Putin and (suddenly-extra-greedy!) oil companies.  Biden has taken to mumbling about "price gouging" and assailing oil companies, even as his White House insists that said companies do their "patriotic duty" to bring down costs (the administration simultaneously informs these 'patriots' that they definitely still want to drive them out of business in the coming years):

This clip is ASTONISHING.

Energy Sec. @JenGranholm demands energy companies to make massive investments to increase oil supply while simultaneously saying they want to shut them down over the next 5-10 years.

WHAT IS THIS WHITE HOUSE?! pic.twitter.com/CTgC4dk92x

This recent Wall Street Journal editorial does a solid job of explaining some of the government-created problems that are driving up prices:

President Biden has suddenly discovered that a refinery shortage is driving up fuel prices. Naturally, he’s blaming refiners, even as his Administration doubles down on the policies that created the shortage. In a remarkable and threatening letter to oil and gas CEOs this week, Mr. Biden seems stunned to learn that prices rise when supply doesn’t meet demand. He’s aghast that gas prices are still rising above $5 a gallon even as oil prices have stabilized at $120 a barrel. Ergo, he says, the problem must be greedy oil companies making too much money. At least he’s finally noticed the dearth of refining capacity to process crude, which some of us have warned about for years. The U.S. has lost about one million barrels a day of refining capacity in the pandemic. Some new refineries have opened in Asia, but the International Energy Agency recently reported that global capacity last year fell by 730,000 barrels a day...A major culprit is U.S. government policy. Some older refineries have closed because companies couldn’t justify spending on upgrades as government forces a shift from fossil fuels. They also have to account for the Environmental Protection Agency’s tighter permitting requirements—the agency recently challenged a permit for an Indiana refinery—and steeper biofuel mandates...

...In his letter Mr. Biden orders the refiners to increase supply pronto, but they have to make business decisions based on long-term market expectations. The same is true for oil producers. The President slams refiners for reaping record profits. Does he not understand markets? Refining petroleum is a low-margin business, and the companies lost money early in the pandemic as demand for gas and other fuels fell. Now margins have widened as demand rises again and the industry’s capacity to produce them has shrunk. The refining shortage was also predictable for those who follow events in California. Environmental regulations there have driven refineries to shut down and convert to biofuels, driving up prices and refiner profits. This is a major reason gas prices in California are averaging $6.44 per gallon—$1.43 more than the national average versus 30 cents in 2012. Mr. Biden demands that refiners propose “concrete ideas” to immediately increase capacity. How about his Administration stop trying to put them out of business?

Many on the Left aren't interested with grappling with any of this, so they'll rage on the internet about those heinous (out of power) Republicans voting against idiotic show bills rushed to the floor by Democratic leaders -- for the specific purpose of generating headlines and buzz purporting to show the GOP "in favor of" price gouging and the baby formula shortage. Most Americans aren't buying it, however, as they intrinsically understand this stuff to be empty political stuntery. And, fundamentally, Republicans just aren't in charge. Democrats are. Recent polling shows that Americans hold a dismal view of Biden's job performance on the economy broadly, and inflation specifically:

And for all the blame-storming, a majority of Americans point fingers at Biden's policies, over the cast of bogeymen toward which he's trying to deflect public anger. It's not working.  I'll leave you with this reminder from Politico: "Prices began rising sharply well before Putin shocked the world and attacked Ukraine in late February."  Yup:

CBS: “The tick up [in inflation] began a good year before the war in Ukraine began.” pic.twitter.com/eX66j02Ieu