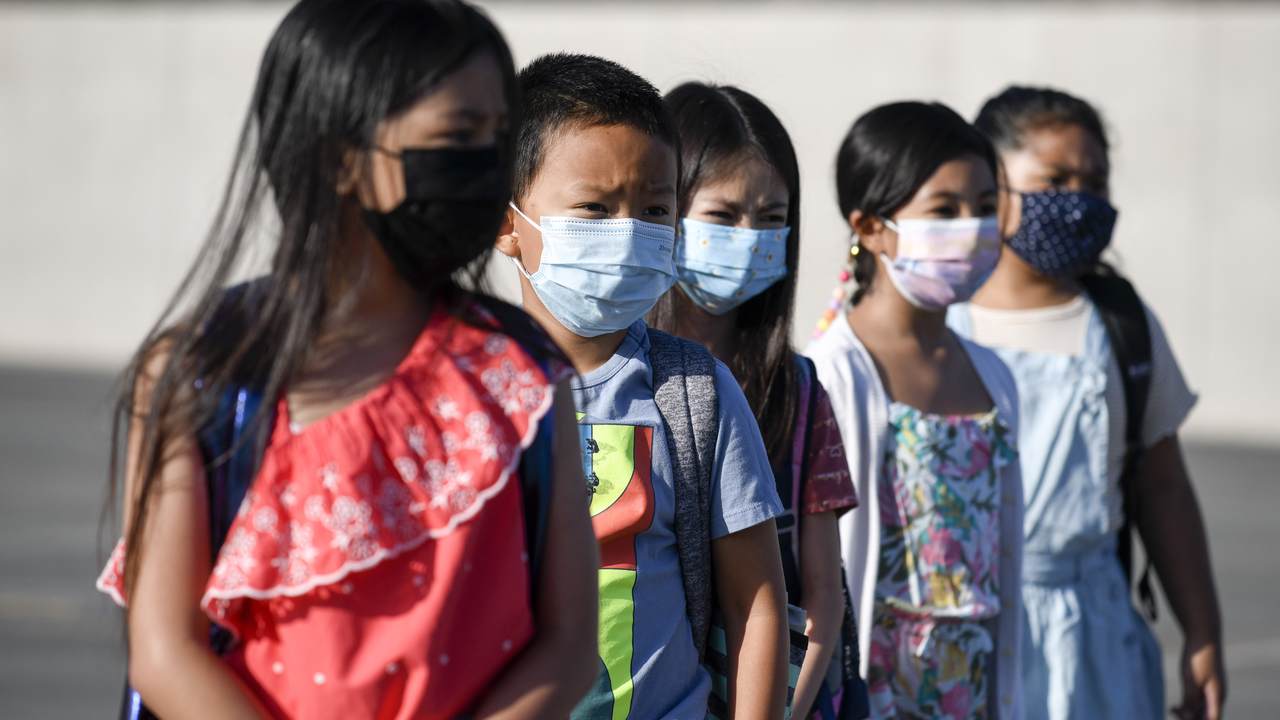 "Beginning," eh? This might have been a self-aware thing to articulate back in, say, November 2020, when a Los Angeles Supervisor voted to ban outdoor dining – then was promptly caught dining al fresco at an area restaurant herself. Remember, this is the same Los Angeles that has been requiring outdoor masking for school children this month.

Tired of masks? If you're vaccinated in California, as of Wednesday, you won't need to wear them inside anymore -- with a few notable exceptions. The statewide indoor mask mandate is dropping Wednesday for vaccinated individuals. But that change won't apply to teachers or students in California public schools, or to those in counties with their own set of mask rules. The indoor mask mandate in schools applies until at least the end of February, when health officials say they will reevaluate the practice...Masks in schools has been a contentious topic for some parents and students, who are frustrated by the delay in dropping the masks in schools. That frustration increased after visitors to Super Bowl LVI in SoFi Stadium on Sunday were shown to be, for the most part, maskless while they celebrated, despite the outdoor mask requirement still in effect and stadium's gift of a free KN95 to every attendee of the big game...On Tuesday, LA County Public Health announced it was lifting the outdoor mask mandate at 12:01 a.m. Wednesday.

Mask mandates are relaxed as of this morning, with the exception of schools, of course. Kids are at the lowest risk of developing severe COVID or dying out of any demographic group in existence – and mask requirements have proven utterly useless in schools – so naturally, kids in schools will still be required to mask up for no reason. Here's the latest illustration of that data-based phenomenon:

To be clear, student case rates in all of the surrounding counties around Nashville, which are *all* mask optional, have been dropping for three weeks as well. https://t.co/l1DWCxOkUk pic.twitter.com/pp9nPF1pOE

But hey, at least the even less scientifically-justifiable outdoor mask rule has been suspended in LA. It's madness, made all the more obviously so by the city's Super Bowl spectacle, during which adults did whatever they wanted – including Mayor Breath-holder himself. It's a sick joke at this point, and at least one public official in Los Angeles is just now starting to realize it:

I want to follow the State’s lead and lift the mask mandates.

I believe we are beginning to lose the trust of the people. We already saw thousands of people flagrantly violate LA County’s mask mandate at the Super Bowl.

This feels like the captain of the Titanic finding himself neck-deep in frigid water and exclaiming, "Why, I think we might have a problem here!" During that famous maritime disaster, children's safety was prioritized. In progressive enclaves during this pandemic, consideration of children's well-being consistently comes in dead last. It's cruel, and it's anti-science:

“Benefits of masking (kids)…which we haven’t been able to identify.” https://t.co/7yHxx8tKTw

Among the neurotic, superstitious, fake "Science" fetishists, it increasingly appears as though cruelty is the point when it comes to forcibly masking kids. We're seeing it from leftists, from coast to coast:

Editorial: Schools are doing fine with masks. Dropping mandates now would be premature (via @latimesopinion) https://t.co/ewPXuUDL3C

Teacher Union Head: It's "good news" that COVID cases are high so that kids can't unmask.

In a recent FB post, the FEA Pres. celebrated Fairfax County's high COVID rates, which under FCPS's "roll back" plan would mean parents are denied any option to unmask their kids. pic.twitter.com/3Cvpg4N6oZ

Fortunately, thanks to the efforts of Gov. Glenn Youngkin, Republican legislators, and a small handful of Virginia Senate Democrats, that Fairfax union boss won't be able to cite pointless case rate thresholds to justify harmful masking of children any longer. Parental choice will soon become the law throughout the Commonwealth. I'll leave you with another infuriating scene, featuring Prince Harry – last heard from expressing "concerns" about "misinformation" in the left's Joe Rogan pile-on – enjoying his very own special, unmasked moment with the Vince Lombardi trophy. Rules are for the littlest people only:

Parting thought: Do you think Gov. Gavin Newsom is worried about his approval rating falling to even? I don't. He knows full well that he can do whatever he wants and still win elections by massive margins because Californians will vote for anything in the (D) column. It's good to be king. Or queen:

Our @GovKathyHochul, maskless, announced she would not be removing the mask mandate on students, despite science. pic.twitter.com/ISCGmUyNJG