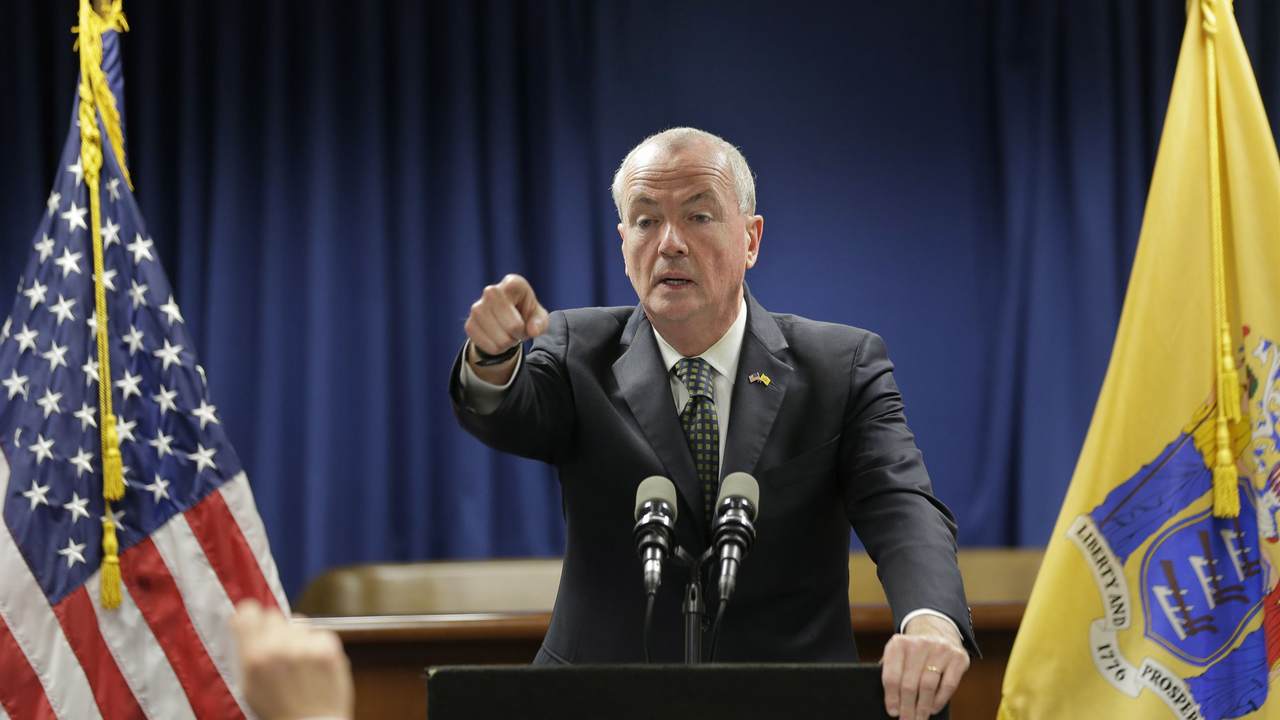 My first reaction as I read stories and social media posts about these developments was thank goodness. These kids have suffered enough. My second reaction was these decisions are utterly and indefensibly belated. The data and real-world outcomes have not supported mandatory masking of children for many months at this point, and it's maddening that it's taken this long for some authorities to loosen their grip. My third reaction was to wonder how long it will take officials in various dug-in blue areas to shift their guidance, too. If some of the bluest states are shedding their pointless requirements, why would they keep clinging to this particular form of coercion – especially since it's grown increasingly alienating and is turning into a political liability?

Finally, I asked myself the question Josh Kraushaar poses in a parenthetical aside here:

New Jersey ahead of Virginia. (Will progressives go after Gov. Phil Murphy?)

Tribal progressives have gone to war with Glenn Youngkin in Virginia over making masks in schools optional, pretending that it's a grave affront to public safety. They've filed lawsuits. They've suspended kids from class as punishment for listening to their parents. They've issued threats about criminal charges for noncompliance. They are committed to this idiotic, harmful culture war, in which Republicans are the villains, and children are pawns. Union boss Randi Weingarten just voiced solidarity with Chicago schools maintaining useless mask rules, in the face of an Illinois judge's ruling (on that very same day, Weingarten posted photos of herself maskless at an indoor gathering, of course, because what's the point of attaining untouchable leftist privilege if you're not going to flaunt it)?

Like Abrams, Newsom, et al, @rweingarten sees herself as untouchable & flaunts it: pic.twitter.com/RZJbF37BVQ

So now what? Will New Jersey Governor Phil Murphy get the Youngkin treatment? Or does the "science" depend on the partisan affiliation of the politician making decisions? And with mask mandates now set to expire at the end of next month in President Biden's home state, will other mask fetishists follow suit? The White House is sticking with forced child masking, for now. Also, it's hard to applaud a vastly-overdue decision that is being delayed further by seven weeks for absolutely no scientific reason:

So what is the scientific basis for waiting to lift the school mask mandate for an additional 1.5 months when schools have less transmission than surrounding communities and kids are by far the lowest risk segment from Covid-19? https://t.co/SE6WbKn6Lk

Connecticut is another domino to fall. Meanwhile, pour one out for the Stacey Abrams campaign, which just decided to play the race card while doubling down on school masking as they do damage control over their candidate's devastating classroom photo-op. She had a chance to take the lead on a data-based and politically-popular approach, but chose to play it exactly wrong. Slow clap:

Stacey Abrams’ campaign said she *explicitly required* kids to put masks on so she could take hers off. #GAPol pic.twitter.com/KyGzbXeJyj

How would the mask dead-enders explain these case curves, by the way? We discussed the mandate folly last week, and here's more data exposing it:

Mask Mandates work! Follow the science they all say! Except they don’t.

New York's curve (with a mandate) was the worst of the bunch. Florida (no mandate) fared better. California's (mandate) cases per capita were higher than Texas' (no mandate). Why? And what is their response to this thoughtful young man, making specific, valid, relevant points?

Our VP @DeclanMHurley implores @UChicago to let him hear in class! End the cruelty and drop the mask mandate. pic.twitter.com/05Yo5TU4EL

I'll leave you with these statements:

They cannot admit #DeathSantis was right and are using the kids as human meat shields. It really is that simple. https://t.co/mUMTRn1Mip

Masking kids was pointless a month ago, six months ago, a year ago and so on. Those still doing it today are holding on to an anti-science position due to politics. Ironically, it will be politics that forces them to let go.

Also, are there any Democratic staffers who can stop their bosses from posting maskless photos, surrounded by dutifully-masked plebeians?

Another successful Snow Boots on the Ground event in Owosso! Thank you to everyone who came out despite the frigid temperatures. (My selfie skills also seem to be improving so my team actually let me post this one!) pic.twitter.com/aH3jw3EWaF

UPDATE - Another amazingly-timed announcement from yesterday:

And this is an easy layup for Youngkin, who was attacked as evil incarnate for announcing the lifting of Virginia's mandate just a handful of days prior to other states following suit:

Two years into the pandemic, our understanding of COVID-19 has changed. It is encouraging to see Delaware, New Jersey, and Connecticut look for ways to return to normal. Our kids deserve the chance to be kids again. https://t.co/dQAlQwLHdW