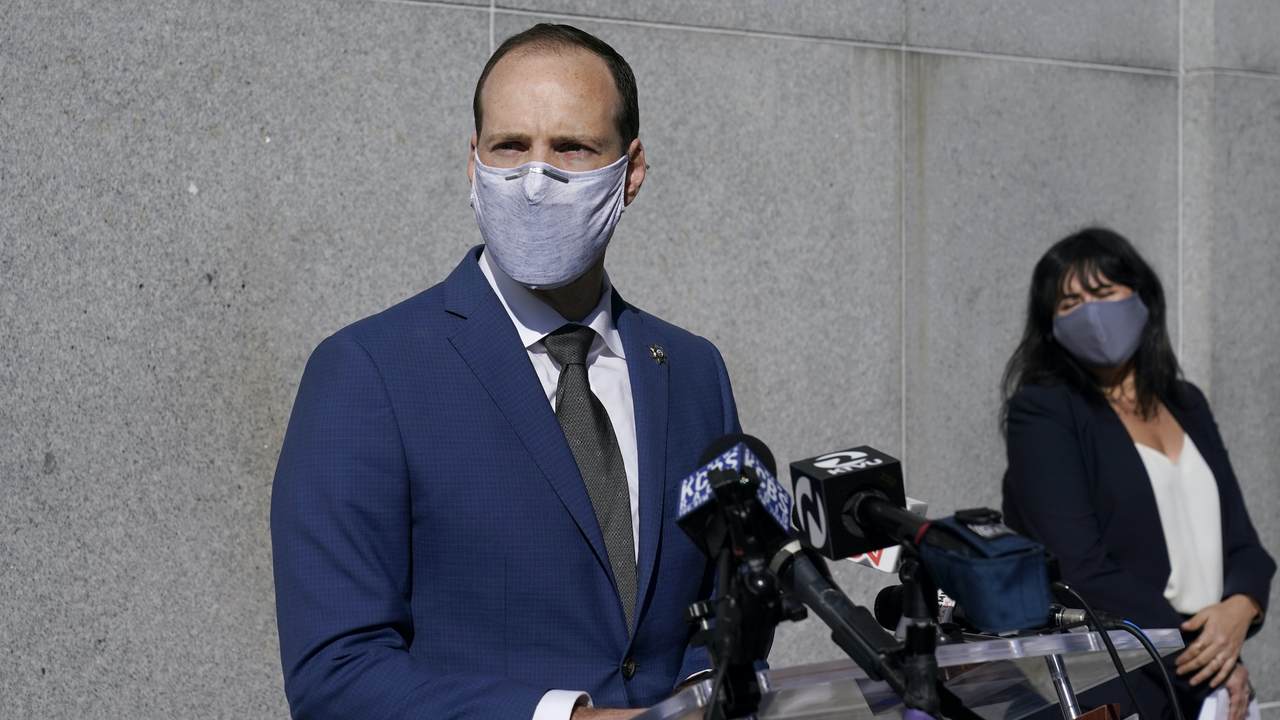 A spike in violent crime in many major American cities – even setting aside the disgusting rash of anti-Semitic hate crimes committed by "anti-Zionists" – is harming communities and alienating voters. Democrats' base is committed to demonizing law enforcement, resulting in ubiquitous "defunding" slogans and disastrous related efforts in places like Portland and Minneapolis. Crime is mounting in blue cities run by Democrats and leftist writer Ezra Klein seems to be increasingly worried about a building backlash that could help the GOP and hurt progressive priorities.

This is a crisis on its own terms. But it’s also a crisis for the broader liberal project in two downstream ways.

Getting the DCCC chairman to reject defunding the police was like pulling teeth on MSNBC's "Morning Joe" last month, underscoring tensions between the Democrats' radical base and normal people. The hard Left is flexing its muscles, ousting a more center-left mayor and re-nominating a soft-on-crime district attorney in recent Pennsylvania primary elections. Out in California, hard-Left district attorneys are presiding over major increases in crime, as terrible public policy and weak enforcement of laws are fueling a toxic combination. Los Angeles is bad. So is San Francisco. Behold, "equity" and "progress" at work:

a few years ago san francisco downgraded shoplifting less than $950 worth of goods to a misdemeanor. a few years later… https://t.co/yNoceUz2C8 pic.twitter.com/9uIpjJy5rw

This is the person in charge of prosecuting crimes out there:

Just a reminder, Boudin is:

-- The grandson of a lawyer who worked for Castro
--The nephew of a Soviet spy
--The son of a left-wing domestic terrorist convicted of felony murder
--raised by another terrorist, Bill Ayers

Maybe he shouldn't have been elected to enforce the law? https://t.co/UrhdSDWiGr

Despite the endless, high-decibel activism of the woke Left, people aren't on board for this. Polling has shown that Black Americans overwhelmingly oppose reducing law enforcement's presence in their communities, and the same is apparently true among the citizens of the cartoonishly "progressive" enclave of greater Portland:

A new poll found that, despite a summer of protests against the police last year, a vast majority of residents in Portland, Oregon, don't want to see a decrease in law enforcement presence. According to a survey commissioned by The Oregonian/OregonLive, 75 percent of Portland-area residents said they don't want policing in the city to dip below its current levels. Half said they want more cops on the streets, while 24 percent said they want policing levels to remain the same. Less than a quarter of Portland-area residents believe there should be fewer cops on the streets. Just 15 percent of respondents living in the city proper said they wish to see a decrease in police presence.

I'm just spit-balling here, but perhaps these poll results have arrived not "despite" a summer of "protests" last year, but because of the costly and lawless rioting that has constantly roiled and humiliated their city for months on end. And surprise, it wasn't Trump's fault, with ongoing rioting burying that ludicrous talking point. Portland's useless mayor has endorsed a budget that reduces police funding by millions of dollars, even as previous reductions have had deadly consequences.  As for the riots, I'll leave you with this, suggesting that many Americans see a distinction between Black lives mattering and some of the BLM movement's views and excesses:

“After Mr. Floyd’s death, Republicans reported much stronger support for Black Lives Matter than they had earlier in 2020,” write @pikachudy and @hakeemjefferson. “But perhaps even more striking is its rapid decline.” https://t.co/XhRuDHv0zE pic.twitter.com/Lr10y7FUFe