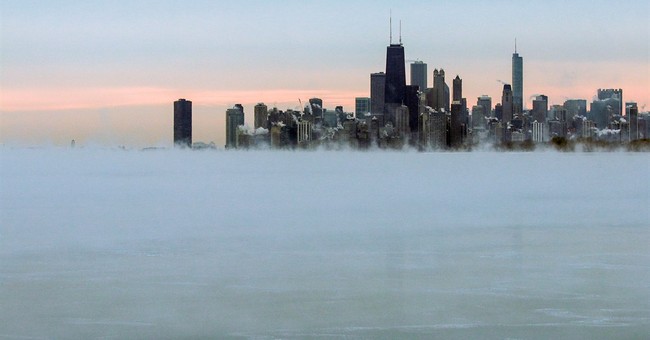 Let's start with the good news: America's vaccination progress is downright incredible, and the ramp-up is real.  For once, it would be nice to set aside tribal partisanship and acknowledge that the Trump administration deserves enormous credit for the historic success of Operation Warp Speed and handing the ball off to Team Biden, which has built off of the success they inherited to great effect.  Bravo, all.  What remains frustrating is any needless obstacle to even stronger progress, in our collective march toward herd immunity and normalcy.  A few weeks ago, we highlighted a New York Times analysis positing that right-leaning governments in US states and around the world were generally proving more efficient at getting citizens vaccinated than their  "progressive" counterparts because the Left's debilitating emphasis on process, "equity," and identity:

Over the last few weeks, as vaccination has become a top priority, the pattern has changed. Progressive leaders in much of the world are now struggling to distribute coronavirus vaccines quickly and efficiently...At the same time, there are clear success stories in places that few people would describe as progressive. Alaska and West Virginia have the two highest vaccination rates among U.S. states, with Oklahoma and the Dakotas also above average. Globally, Israel and the United Arab Emirates have the highest rates. Britain — run by Boris Johnson, a populist Conservative — has vaccinated more than 15 percent of residents. International patterns are rarely perfect, and this one has plenty of exceptions...it’s hard to find many progressive governments that are vaccination role models..."A common problem seems to be a focus on process rather than on getting shots into arms. Some progressive leaders are effectively sacrificing efficiency for what they consider to be equity...Some blue states have also created intricate rules about who qualifies for a vaccine and then made a big effort to keep anybody else from getting a shot. These complicated rules have slowed vaccination in both California and New York."

This offered a stark illustration of woke identity politics standing in the way of life-saving vaccine doses getting into as many arms as possible, as quickly as possible. The consequences of this approach to leadership literally impact life and death. Here's another specific example of the same toxic phenomenon playing out in Chicago, at a federally-run mass vaccination site:

Rather than saying, 'come one, come all' to receive vaccines (among broad eligibility catergories), officials bent over backward to impose severe limits on who would be eligible for shots at this location. They are explicitly playing up in the racial breakdown of the residents receiving these doses, replete with the activist-invented 'Latinx' identifier that is overwhelmingly rejected by American Latinos.  Those in charge are boasting to the media about the percentage of vaccines administered to people with certain skin colors at the United Center location.  But it appears that by restricting eligibility to reflect "equity" priorities, the site has processed less than half of their initially-projected appointments.  Diversity up, vaccinations down.  And this is a point of pride, apparently:

#DYK: We're focused on ensuring ALL Chicagoans have access to the vaccines so we can get back to the moments that matter. That's why 59% of COVID-19 1st dose vaccines went to Black & LatinX Chicagoans. #ProtectChicago pic.twitter.com/imgnS2lgre

This is no way to operate in the interests of public health.  It's true that communities of color have often been hit disproportionately hard by COVID, so it makes perfect sense to try to inoculate as many people in those communities as is feasible.  Public service announcements, door-knocking campaigns, and other efforts should be undertaken to make sure vulnerable and under-served groups know what's available to them.  But that entirely defensible prioritization should not come at the expense of vaccinating the wider public rapidly efficiently.  Equity-minded exclusions that slow down doses being injected into human beings' arms is dangerous.  A number of elected Illinois Democrats are upset about what's happening:

A group of Illinois’ Democratic U.S. House members sent a letter to the Federal Emergency Management Agency on Friday condemning this week’s rollout of the highly trumpeted United Center mass vaccination site, arguing the decision to restrict appointments to Chicago and Cook County residents on behalf of equity goals has angered some of their most vulnerable constituents. The letter to acting FEMA Administrator Robert Fenton was signed by 11 of Illinois’ 13 Democratic House members, who represent at least parts of the suburbs and collar counties, and initiated by U.S. Rep. Brad Schneider, a Deerfield Democrat. “Many of our constituents who fall in the vulnerable category, but who don’t live in Chicago, felt frustrated with the recent determination to limit eligibility at the United Center Federal Mass Vaccination Center for Illinois residents,” the letter reads. “Their confusion was exacerbated with the abruptness of the announcement, and the consequent uncertainty surrounding their future access to a vaccination appointment.”

But the acting regional director of FEMA is doubling down: "FEMA is committed to the equitable distribution of vaccines,” Sligh wrote. “The decision to change course on registrations had to be made quickly because delaying the decision would only have ensured that the most socially vulnerable Illinoisans would be excluded from this particular effort.” Initially, FEMA announced that all Illinoians within certain vaccination tiers would be eligible to make appointments at the United Center, but that evidently was changed at the last minute because too many of the 'wrong' sorts of people from the 'wrong' sorts of places were signing up for slots.  This isn't a theory.  Officials are saying it out loud:

Chicago Public Health Commissioner Dr. Allison Arwady on Thursday once again defended the rollout during a livestreamed question-and-answer session. “When we made the decision for some of those doses at the United Center … we were able to have more of an equity focus,” Arwady said. “It is definitely a best public health practice to direct vaccine to the parts that are under-vaccinated."

It's absolutely not a "best public health practice" to administer 50,000 doses, versus promised 110,000 doses, due to "an equity focus" -- even if one fully supports efforts to boost vaccine administration to under-vaccinated communities.  This should be about saving lives and building herd immunity, period.  I'll leave you with that the 'vaccine czar' in New York State has been spending his time on -- apparently determined to merge Governor Cuomo's two concurrent scandals:

One Democratic county executive was so unsettled by the outreach from Larry Schwartz, head of the state’s vaccine rollout, that the executive on Friday filed notice of an impending ethics complaint with the public integrity unit of the state attorney general’s office, the official told The Washington Post. The executive feared the county’s vaccine supply could suffer if Schwartz was not pleased with the executive’s response to his questions about support of the governor. “At best, it was inappropriate,” said the executive, who spoke on the condition of anonymity out of fear that the Cuomo administration would retaliate against the county’s residents. “At worst, it was clearly over the ethical line.”

Related: Why is New York among the handful of states not reporting vaccination progress by age group, the single most important demographic factor for COVID?

Spencer Brown
DHS Warns of Leftist Violence Once Roe v. Wade Is Overturned
Julio Rosas
What to Expect From the First Durham Probe Trial
Mia Cathell
How AP Frames Who's to Blame for the Issues of the Day Is Definitely Noticed
Rebecca Downs
Rubio Forces NIH to Admit There’s No Conclusive Data on the Impact of Puberty Blockers on Children
Madeline Leesman
College Professor Makes Wild Claim About How Many People Are Killed By White Supremacists
Julio Rosas
CARTOONS | Al Goodwyn
View Cartoon
Most Popular