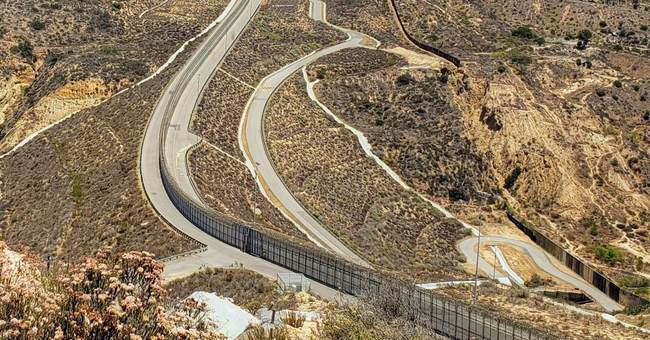 The Biden administration insists there's no crisis at the southern border.  New DHS Secretary Alejandro Mayorkas responded with "the answer is no," when asked that very question, instead calling it a "challenge."  This is denial, the Washington Examiner's Byron York explained this week. "Prospective illegal border crossers got the message -- Come to the United States and you can stay. And now, under President Biden, they are not waiting for the new administration to set up 'guardrails' to handle them. They are coming right now."  Mayorkas delivered this message to potential asylum-seekers, whose claims are both legitimate and bogus: "We are not saying, 'don't come,' We are saying, 'don't come now,' because we will be able to deliver a safe and orderly process."  As we've been saying, rhetoric, incentives, and policies matter.  And people wishing to enter our country illegally are receiving a message loud and clear.

We highlighted migrants celebrating and chanting Joe Biden's name when he won the election, and we've noted that illegal border crossings have surged dramatically since November, which was not a random month.  In a February report, the Los Angeles Times showcased other examples of illegal immigrants citing Democrats taking power and related amnesty rumors as reasons that they decided to come to America now:

A single mother working as a cook, left for the border last month hoping President Biden’s new immigration policies would allow her to stay in the U.S. “That gave us the opportunity to come — he is a good man,” she said...Restaurant worker Lesly Martinez, 26, left Honduras last month with her nearly 2-year-old son Oscar to join her husband and 5-year-old daughter in Nashville. They left days before Biden’s inauguration. “We were waiting for the opportunity to come,” she said, and she had heard rumors “that they would give us permission.”

And no matter what the administration claims, the resulting realities of their words and actions are speaking for themselves:

NEW: Leaked internal documents from the Department of Health and Human Services show how quickly the number of child migrants crossing the border is overwhelming the administration's stretched resources. w @StefWKight https://t.co/c3Df3E9P9Z

In the week ending March 1, the Border Patrol referred to HHS custody an average of 321 children per day, according to documents obtained by Axios. That's up from a weekly average of 203 in late January and early February — and just 47 per day during the first week of January. The same documents, dated Tuesday, say the shelter system is at 94% occupancy and expected to reach its maximum this month...This week, DHS Secretary Alejandro Mayorkas insisted the current situation is not yet a crisis. Regardless, it's clear the number of children crossing the U.S.-Mexico border could fast overwhelm government systems, in ways similar to the crises in 2014 and 2019...The Biden has reversed a Trump administration policy of using the public health order to quickly turn away unaccompanied children.

A previous report revealed that "Customs and Border Protection officials are bracing for as many as 13,000 unaccompanied children crossing into the U.S. in May."  Reflexively tossing out successful Trump policies, or at least policies that stemmed the tide of previous crises, with no alternative in place looks like a lot of stupid partisan signaling, rather than governing.  The Biden administration is simultaneously creating a border crisis and denying that it exists.  Perhaps journalists could challenge Biden directly on this slow motion disaster, but he's taken very few questions from reporters since taking office and hasn't held a single formal press conference as president.  On that score, I'll leave you with this, followed by the Texas Governor's clap back at Biden's "neanderthals" line:

The White House was not happy that Biden tried to take questions.... pic.twitter.com/RU33w6SvE0