What Should We Expect in This Impeachment Trial? 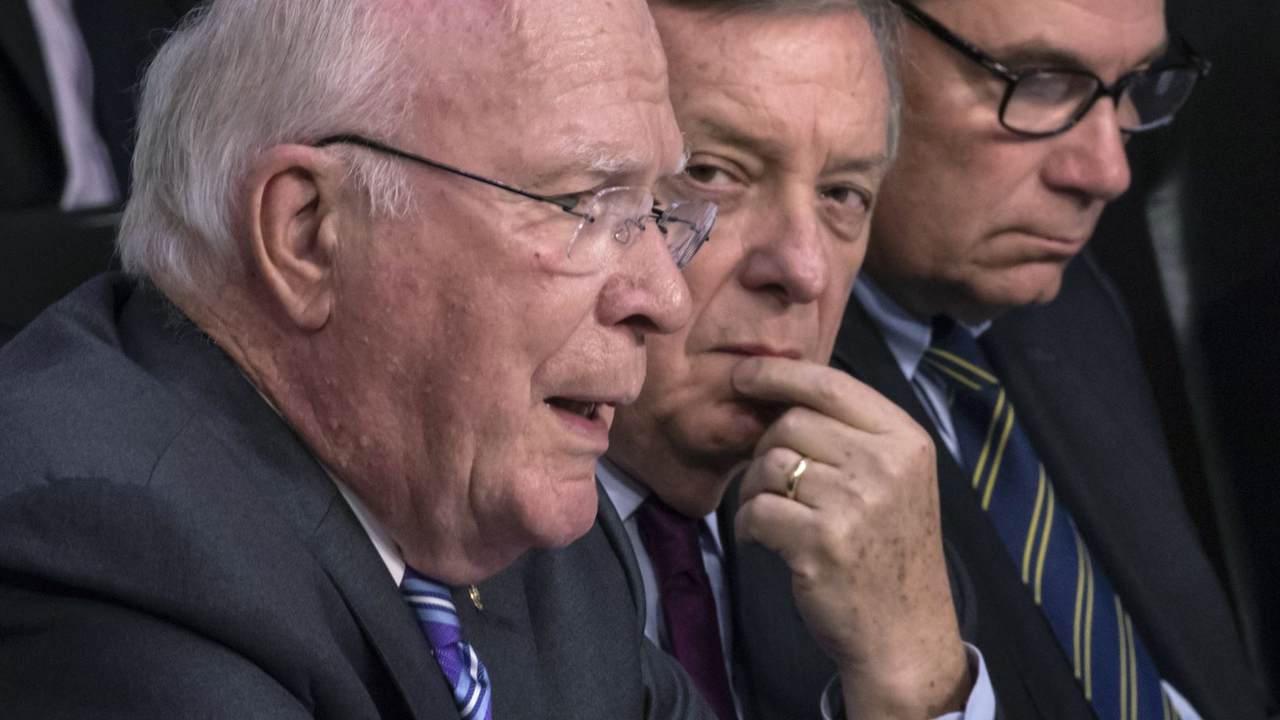 President Trump's second impeachment trial gets underway today, and the final outcome already looks like a fait accompli. All but five Senate Republicans recently voted in favor of the notion that the proceedings themselves are unconstitutional (a small handful of those members have averred that they're still open to a potential conviction), so the likelihood of getting to the requisite threshold of 67 "guilty" votes is virtually nil. That would require unified Democratic support, plus at least 17 GOP senators. Nobody expects that to happen.

And thus, we will be treated to a shell of a trial, with Democrats apparently deciding against calling witnesses to ascertain relevant facts as the question of culpability is weighed:

They could call witnesses to establish the fact that he was delighted by what was happening - people fighting for him, and the vote delayed - but that’s unlikely to happen. One fact to remember - both he and Giuliani called senators as the vote was delayed. https://t.co/96Li2NDqWM

They could, but it looks as though they won't. Replying to a colleague who called this "malpractice" by the Dems, I argued: "They see acquittal as a foregone conclusion, so they’re checking the box quickly in order to move on to their agenda. Does that align [with] their rhetoric about the gravity of what happened & the urgent need for full accountability?" The obvious answer to that question is no, which lends some credence to Republican complaints that this is all a big political show, rather than a deeply vital endeavor in fact-finding and accountability. Rather than calling witnesses in order to glean new information and evidence, it looks like we'll be treated to a lot of video presentations from each side:

This time, a new group of nine Democratic managers need reach back only a year to study the lessons of Mr. Schiff’s prosecution: Don’t antagonize Republicans, use lots and lots of video and, above all, make succinct arguments to avoid lulling the jury of lawmakers into boredom or distraction…To assemble the presentation, Mr. Raskin’s team has turned to the same outside firm that helped put together Mr. Schiff’s multimedia display. But Mr. Raskin is working with vastly richer material to tell a monthslong story of how he and his colleagues believe Mr. Trump seeded, gathered and provoked a mob to try to overturn his defeat. There are clips and tweets of Mr. Trump from last summer, warning he would only lose if the election was “rigged” against him; clips and tweets of him claiming victory after his loss; and clips and tweets of state officials coming to the White House as he sought to “stop the steal.”

And Trump's lawyers seem poised to fire back with footage of Democratic lawmakers making their own intemperate remarks that might be interpreted as "incitement." Case in point:

Blue checkmarks and Democrats took to Twitter on Thursday to condemn a call for violence against Gov. Andrew Cuomo and the people in his administration. The quote in question, however, was actually a call to violence against former President Donald Trump and his supporters from U.S. Rep. Maxine Waters, D-Calif., that a Twitter troll account called “Cuomo Watch” satirically modified to say “Cuomo.” “‘If you see anybody from the Cuomo Administration in a restaurant, in a department store, at a gasoline station, you get out and you create a crowd. And you push back on them. And you tell them they’re not welcome anymore, anywhere.’ -Maxine CuomoWatch,” the tweet reads...Soon after the tweet was shared, prominent New York politicians, blue checkmarks, and Democrats in other states took to Twitter to condemn the call to action...When confronted about the legitimacy of the tweet and the true source of the quote, the legislators either deleted their tweets or attempted to defend their double-standard on political violence.

Your client incited violence! Oh yeah, well your side is full of hypocrites! Sounds like we're in for a constructive few days, doesn't it? As for the logistics of the trial (much remains remain unclear), former federal prosecutor Andy McCarthy offers something of a primer on the possible dynamics at play, including the reality that by their very nature, impeachment processes are inherently political: "Let’s descend from the abstractions of high principle to concrete political reality. In a Senate trial, there is never an impartial jury," McCarthy writes. "Even when the chief justice presides over such trials, his role is merely ministerial. The Senate retains the power to overrule any decision the chief justice makes. Judicial rules and precedent do not control. The presence of a high-ranking judge would simply camouflage the brute fact that the proceeding is political, not legal. Trump was impeached because Democrats control the House. He will be acquitted because there are not enough Republican votes to convict him. It’s got nothing to do with any legal analysis. On impeachment, the Framers did not put their trust in law. They relied on politics." Last January, Chief Justice John Roberts presided over the first Trump impeachment trial. That won't happen this time, as McCarthy explains:

There will be no sequel for [Roberts]. The Constitution only calls for a judicial officer – the highest ranking one in the land – for impeachment of an incumbent president. Trump is out of office ... so we have a trial without a real judge...the "presiding officer" will now be Sen. Patrick Leahy, D-Vt., one of the chamber’s most notoriously partisan Democrats. If you have a vague memory from civics classes that the vice president of the United States is supposed to preside over Senate proceedings, you’re recalling correctly. But in this instance, Vice President Kamala Harris opted out because the Biden administration is worried that the Senate trial of a president from the opposition party – a trial that, with Trump already out of office, is overwhelmingly opposed by Republicans across the country – already has the appearance of a vindictive, partisan kangaroo court. Having Leahy fill the void in his capacity as the Senate’s president pro tempore is not exactly reassuring from the standpoint of fairness...Impeachment is not meant to be fair. It is meant to be political.

And so it will be. We'll have a high-octane political fight, in which one side seeks to put on as damning a presentation as possible for public consumption (they have quite a lot of material to work with), while the other attacks the legitimacy and purpose of an impeachment trial against an official who is already out of office. I'll leave you with Capitol Hill correspondent Chad Pergram's play-by-play thread on the format and timing of the proceedings, which were hammered out in a bipartisan agreement reached yesterday: