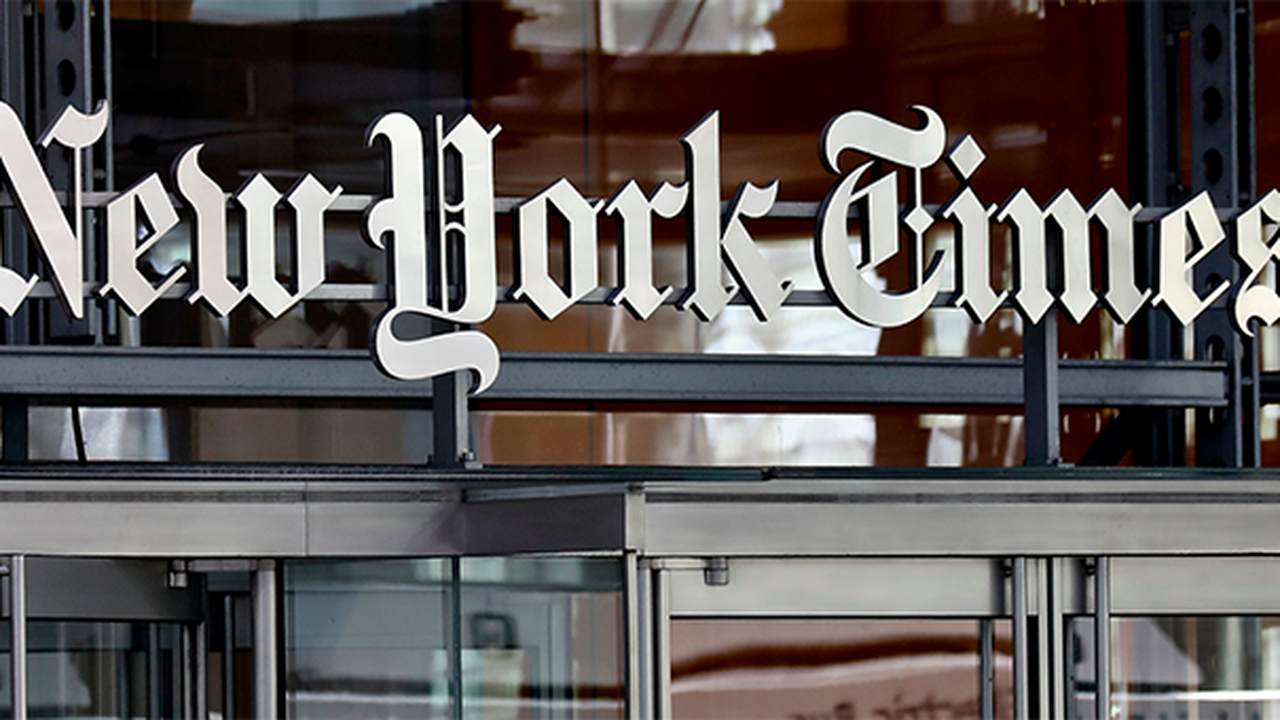 Western media outlets have done some important reporting in recent years, shining a light on the Chinese Communist Party's myriad human rights abuses. But there's another strain of journalism that glosses over these abuses and bizarrely lionizes the regime, too often buying into and promulgating Beijing's propaganda. Axios recently published a piece exploring how China "won" 2020. Answers may include unleashing a pandemic on the world, lying about it, using economic extortion to help cover it up, engaging in ethnic cleansing and forced labor at state-run concentration camps, and crushing democracy in violation of international law. China is not tired of "winning," it seems, and some journalists appear to be eager water-carriers. Then there's this offering from The Economist, which drew hackles across social media:

Was a Uighur slave forced to write this tweet after she was sterilized against her will? https://t.co/D0Y8IjZOvD

And here's the latest installment in the genre, via The New York Times:

My latest on how the pandemic has upended many perceptions, including ideas about freedom. Chinese don’t have freedom of speech, freedom of worship or freedom from fear, but they have the freedom to move around and lead a normal day-to-day life.
https://t.co/f58uQ3vT7y

This is simply untrue for the millions of religious and ethnic minorities facing repression, imprisonment, "re-education," torture and other outrages on a daily basis, at the hands of the CCP. But if you're a member of the favored Han majority and you don't poke your head up or demand certain basic rights, you can enjoy a "normal day-to-day life." Western journalists would never write puff pieces about, say, a US state that was rife with flagrant, government-sanctioned, systemic racism – yet this drivel appears in the supposed "paper of record." Presumably, zero "journalists" in the newsroom raged against this (or this or this), or declared themselves to have been made "unsafe" over these words? This silence is the ultimate revelation of true privilege, versus previous performative victimhood. Meanwhile, there's no "normal life" for a journalist who's been thrown behind bars for years for the crime of reporting the truth about what was happening in Wuhan. And there's even no "normal life" for a privileged state-sanctioned billionaire who dared to speak up critically, in favor of reforms:

Speculation has swirled around Chinese billionaire Jack Ma’s whereabouts after reports surfaced that the high-profile businessman has not made a public appearance in more than two months. The Alibaba founder also failed to appear as scheduled in the final episode of his own talent show, Africa’s Business Heroes, which gives budding African entrepreneurs the chance to compete for a slice of US $1.5 million. Ma was supposed to be part of the judging, but was replaced by an Alibaba executive in the November final, UK’s Telegraph reported. His picture was also taken off the website. An Alibaba spokesperson said Ma was unable to take part on the judging panel “due to a schedule conflict”, according to Financial Times. Ma’s business empire, Ant Group, has been under scrutiny by Beijing ever since Ma delivered a controversial speech in Shanghai on 24 October that criticised China’s regulation system for stifling innovation and likened global banking rules to an “old people’s club”.

Like medical personnel who became COVID whistleblowers, Ma abruptly ceased being seen in public. And he's not the first uber-rich Chinese tycoon to strangely disappear after speaking out against the CCP's governance (this man vanished in the spring, then re-emerged to be convicted on trumped-up charges months later):

Ren Zhiqiang, the property tycoon nicknamed “Big Cannon,” was notorious for his blunt criticisms of the Communist Party, and yet his wealth and political connections long seemed to shield him from severe punishment. Until now. A court in Beijing sentenced Mr. Ren to 18 years in prison on Tuesday. The court said he was guilty of graft, taking bribes, misusing public funds and abusing his power during and after his time as an executive at a property development company. Mr. Ren’s supporters and sympathizers said that his real crime was criticizing the Communist Party and calling the country’s hard-line leader, Xi Jinping, a “clown.” ...

Mr. Ren’s punishment has underlined how far Mr. Xi has rolled back allowances for dissent, even from members of the elite like Mr. Ren, a scion of a Communist family and former friend of senior officials. His supporters also see the long prison term as a warning to others, especially elites, who may be thinking about openly challenging the party and Mr. Xi. “Cracking down on Ren Zhiqiang, using economic crimes to punish him, is a warning to others — killing one to warn a hundred,” said Cai Xia, an acquaintance of Mr. Ren’s who formerly taught at the Central Party School, which trains rising officials. “It’s a warning to the whole party and especially to red offspring,” Ms. Cai said, referring to the children of party officials.

There have been some indications that the international community is rallying against China's malign influence – developments like this and this are certainly welcome – but there are also plenty of signs that many are happy to sweep all the unpleasantness under the rug. There's money to be made, after all. European Union leaders said lots of strong-sounding words about "values" (don't forget this humiliating whitewash at Beijing's behest), then they inked a splashy new investment deal with the CCP. In addition, the New York Stock Exchange appears to be reversing course on at least one de-listing of a major Chinese company:

The days of Wall Street & #China benefitting at the expense of American workers & industry has to end https://t.co/6TYdl1Rc8E

And as of a few days ago, China joined Russia (yes, this Russia) as newly-minted members of the United Nations' Human Rights Council. It will be interesting to see if the Biden administration rushes back into re-joining that morally bankrupt, farcically corrupt body, from which the Trump administration rightly extricated the United States. Some broken organizations can be reformed from within. Some are so far gone that they should not be legitimized via legitimate actors' participation. I'll leave you with the media celebrating the media, per usual (content warning for language):

Is anything in this world less compelling or interesting than media circle jerks about the media? I'm not going after Nuzzi here. It's just the entire vomit-inducing self-congratulatory culture. We get it. You all think you're hot shit. The rest of us don't care. pic.twitter.com/jLY1hfNNl9

CCP choking the life out of democracy in Hong Kong. Heartbreaking. The EU just signed a major investment deal with Beijing. https://t.co/u1EZHWWfSU