Cuomo: Look, If I Weren't Governor, I Would Have 'Decked' Trump 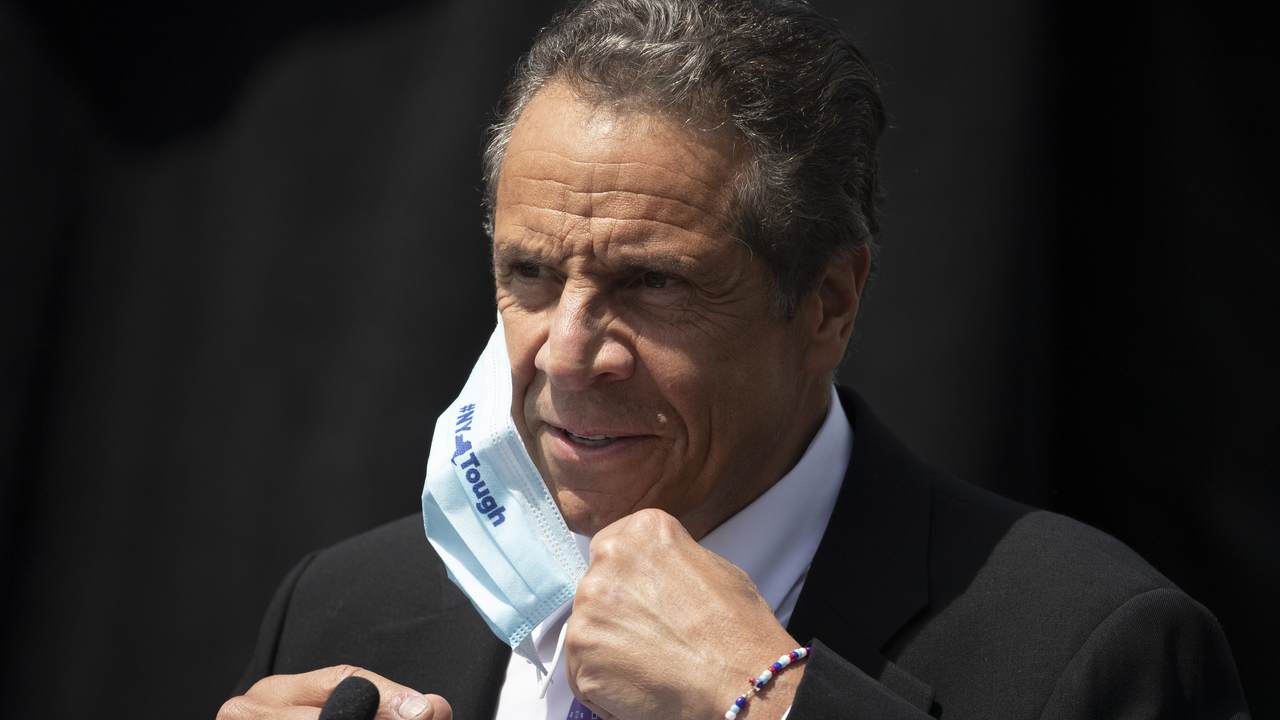 We've got a real macho tough guy on our hands here, just like his little brother ("I’ll f–-ing throw you down these stairs") -- and Joe Biden ("I'd take him behind the gym and beat the hell out of him"), come to think of it.  In an interview with Howard Stern, New York Governor Andrew Cuomo said that if he weren't a public official, he'd have physically assaulted President Trump by now.  In April, in an hour of need, it was '[Trump] has delivered for New York."  Now, it's this:

New York Gov. Andrew Cuomo told “The Howard Stern Show” on Tuesday that he “would’ve decked” President Trump if not for his leading role in state politics due to the president’s critical remarks toward him.  Trump and Cuomo have exchanged insults in the media for months, with each politician accusing the other of poor leadership during the coronavirus pandemic. The president has also taken aim at the governor’s brother, CNN anchor Chris Cuomo, who he referred to as “Fredo” in a derogatory reference to the character from the 1972 film “The Godfather.” “I bit my tongue so many times I have tongue scars,” Cuomo said during the interview. “Here’s the trick, Howard. I want to speak to the better angels. I want to lift people up and I want to show Trump for what he is by opposition.”...“I also had the practical situation: I needed him to help New York,” he added. “That was my job. If I wasn’t Governor of New York, I would’ve decked him. Period. He was attacking me. He was attacking my family. He was anti-Italian. He was every nasty thing.”

Cuomo said these things while promoting his new book, which takes a victory lap over his deadliest-in-the-nation COVID response -- which, in fairness, helped create many thousands of new "better angels," particularly among elderly New Yorkers.  Cuomo has been covering up and lying about his scandalous nursing homes policy for months now.  Here's Janice Dean, who lost both of her in-laws to COVID in Empire State nursing homes, succinctly reacting to Cuomo's bombast:

Mr. Tough Guy @NYGovCuomo. One things for sure—-many of us wish you weren’t the governor. https://t.co/zDSj9PTgcK

Bear in mind that Cuomo is still up to his dangerous nonsense, immediately and shamelessly politicizing and sowing doubts about the apparent vaccine breakthrough from Pfizer this week, contradicting Dr. Fauci in order to take a partisan shot at Trump:

I'll leave you with another New York embarrassment -- and yet another topic on which the state could take some pointers from Florida, rather than denigrating it:

As predicted, New York is just an absolute mess. 74% of the expected vote counted. They're still -14% of their 2016 vote vs. +13% in Cali, the previous vote counting laggard. pic.twitter.com/RFyoHIB8pX