McConnell: Dems 'Trying to Invent a Justification for Feeling Outraged' Over ACB 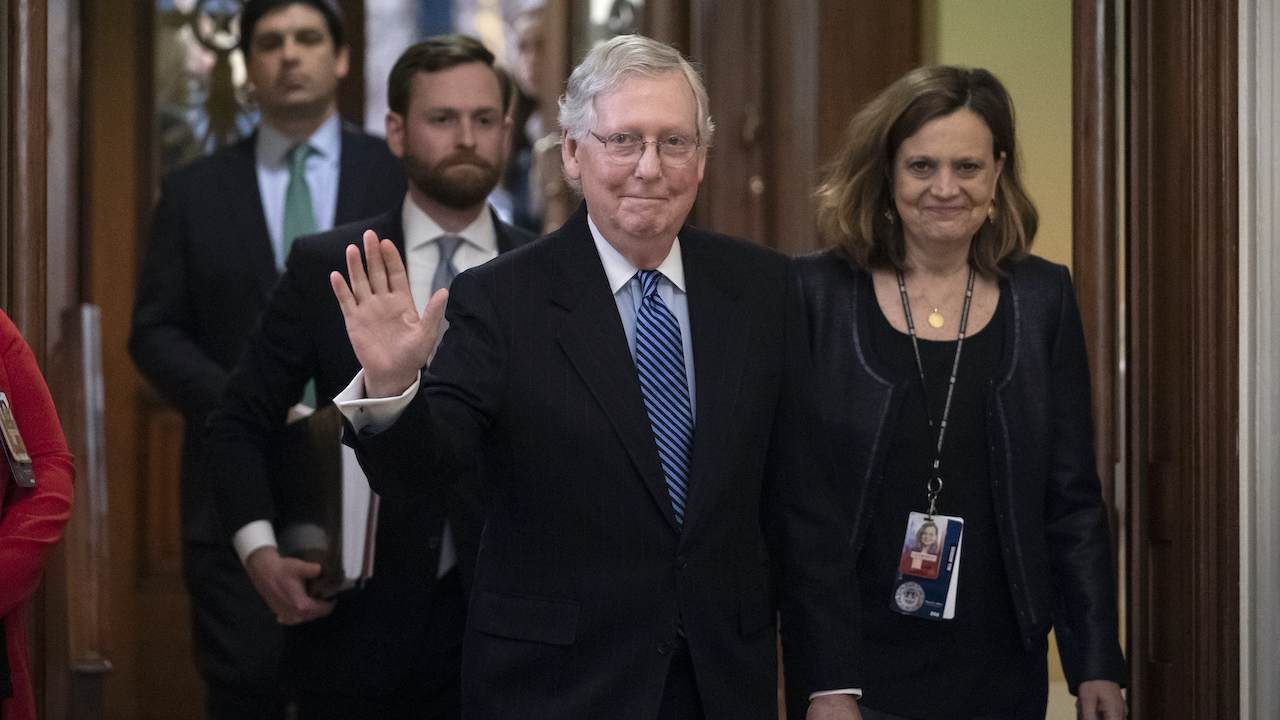 In an exclusive radio interview, I asked Senate Majority Leader Mitch McConnell to reflect on the week in which Republicans overcame universal Democratic opposition to confirm Justice Amy Coney Barrett to the United States Supreme Court -- the third Trump appointee within his four-year term.  McConnell discussed that importance of that monumental achievement, contextualized the broader courts project he's been pursuing, and pointedly fact-checked Democrats' ignorant-to-dishonest complaints about the process.  Listen:

Cocaine Mitch on Dems’ misplaced & hypocritical fury over ACB’s confirmation, based on all the relevant history:

The majority leader also explained why he rebuffed President Trump's repeated demands that Senate Republicans end the legislative filibuster, and affirmed that he's opposed to court-packing regardless of which party is in charge:

MCCONNELL: There’s no change needed. I agree with Justice Ginsburg, nine is the right number. People may have forgotten President Trump appointed me to change the filibuster rule in the Senate --

MCCONNELL: I said no to him, I thought he was wrong about that, because I think it’s -- the essence of the Senate is the filibuster rule applying to the legislative calendar guarantees that majority has to work with the minority in order to achieve what it desires. And – so no, I don’t – I think none of those changes are needed. I would – if the president brought the matter up again, President Trump, I would say, no, sir, that’s not good for the Senate, nor good for the country.

McConnell also criticized Chuck Schumer's rhetoric, accusations and threats, saying that his Democratic counterpart is "uncomfortable with the fact that what we were doing was not in any way inappropriate. We broke no rules, we didn’t stretch the Constitution, we didn’t try to change -- we didn’t try to change the rules. It was entirely what he would have done, I suspect, in a similar situation, and usually the louder he is, the more incorrect what he's saying is." Our full conversation is here.