Top Prognosticator: We Project Senate Democrats Will Gain Seats. But How Many? 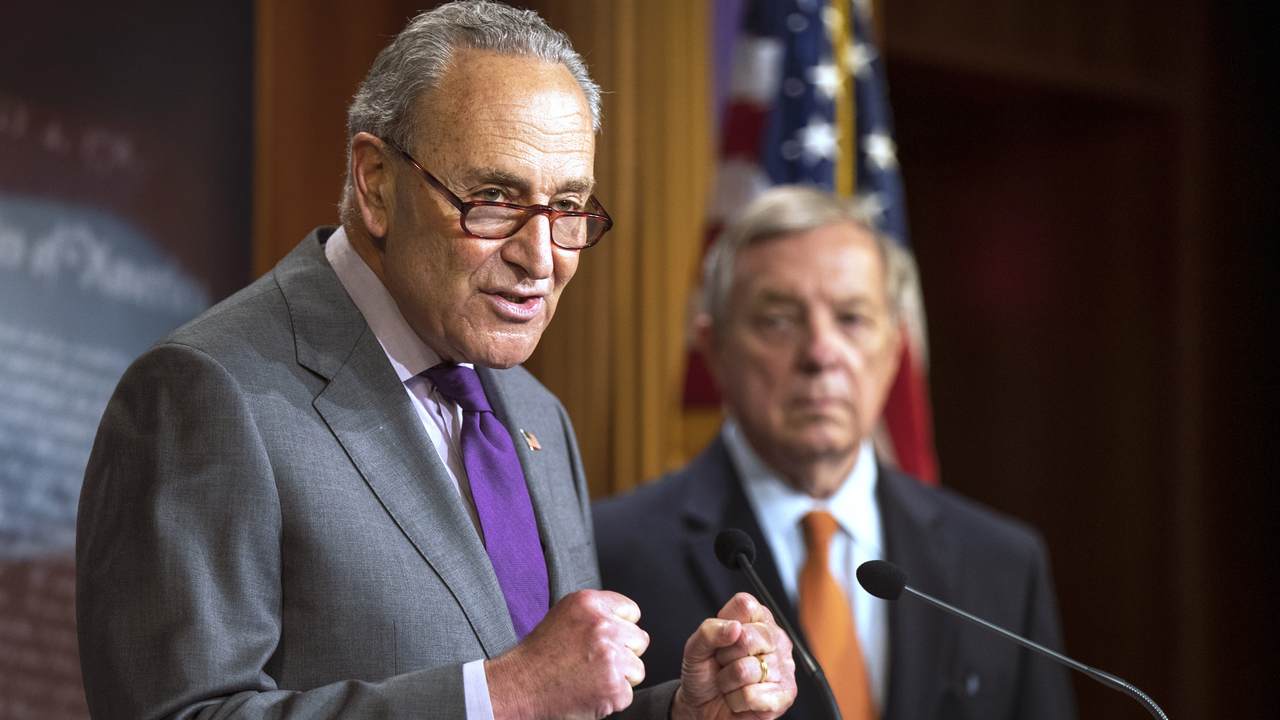 It's almost unfathomable that Democrats will do anything other than gain seats in the US Senate after the November elections, in light of the highly favorable map and gangbusters fundraising they're enjoying this cycle. This is especially true if President Trump is, in fact, on track to lose by a margin anywhere in the approximate ballpark of his current and substantial deficit in the RealClearPolitics average. If the man at the top of the ticket gets thumped, the down-ballot impact on Republicans could lead to a terrible night for the party:

For reference, on this date four years ago, Hillary Clinton's lead in the same average was approximately seven percentage points.

Examining the national environment, and the president's deteriorating position (as it appears late undecideds are breaking against him), a top national political prognosticator is shifting its Senate projections further in the opposition party's favor:

Many Republicans told me that holding Democrats to just a 51-49 majority may be a *good* night for the GOP https://t.co/Ie9yYMyQkc

This is why I've been mentioning redder-than-tossup states in some of my commentaries and analyses about Senate races lately. If a serious wave builds, one never knows what unexpected political casualties may ensue. This is why it's so critical for everyone from hardcore Republicans to right-tilting moderates to turn out and vote, no matter where they live. I'm not saying that John Cornyn is truly in trouble in Texas, but earlier this week, he said his confidence in his race comes with a caveat. In a place like South Carolina, Lindsey Graham's Democratic opponent raised $57 million in one quarter, breaking the all-time national record for a Senate campaign. They are clubbing Graham on the airwaves, vastly outspending the Republican incumbent. Yes, South Carolina is a red state, but wave years can get weird. This new poll should be somewhat comforting to Republicans, but a single-digit nail-biter isn't where Graham wants to be and raises questions about how other contests in purpler states will turn out:

Graham up six, 48 to 42 percent, over Harrison in the same poll. https://t.co/xZlv9MgaaZ

Back to Cook's two-to-seven range for Democratic pickups. If they net two seats, assuming an Alabama flip, Republicans keep the majority. Anything beyond that would turn Chuck Schumer into majority leader, including a 50-50 tie, if Biden wins. For Democrats to net seven seats, resulting in a 54-46 majority, they'd need to win not just the lowest-hanging races (Arizona, Colorado, Maine), but also unseat Republican incumbents in multiple states carried by Trump last cycle (Georgia, Iowa, Montana, North Carolina). To turn things into an even bigger blowout, Democrats would need to pull off an upset or two in places like Alaska, Kansas, South Carolina, and Texas. Reacting to Cook's analysis, GOP strategist Liam Donovan writes, "[it] seems as though all they've done here is extend their range of outcomes to a narrow GOP hold on the low end and a sizable Dem majority on the high end." Correct. The only way to guarantee a brake on Democratic overreach under a potential Biden administration is to help Republicans hold the upper chamber. That is still attainable, under the right circumstances.

But under a bad-case scenario, the next "best" outcome would be to limit Democratic gains as much as possible, even if control changes hands. Given several Senate Democrats' on-the-record opposition to massive power grabs like eliminating the legislative filibuster, adding states, or court-packing, there could be a significant difference between a 51-49 Democratic majority (net +4) and something closer to 54-46. Every seat Schumer hypothetically adds into his column gives him more breathing room to pursue more radical and transformational attacks on institutions and norms, not to mention left-wing legislation. That's why every single Senate race, even moderately contested or lower-tier ones, is so crucially important. Any one of those contests could conceivably be decisive on issues ranging from which party has the majority to whether a new majority has the votes to blow up the Senate and the judiciary. Those stakes may sound dramatic, but they reflect the reality of the moment. I'll leave you with a glimmer of good news for the GOP on the Senate landscape:

John James is a very impressive person, and needless to say, an upset victory by him would be enormous. Peters, as an incumbent, doesn't look too strong at 43 percent -- but this is still a heavy lift for James if Trump ends up losing substantially in Michigan. On the other hand, if the president is able to close the gap nationally a bit, that could not only help his own chances (obviously) but boost the prospects of Senate Republicans down-ticket. There's a reason why guys like Ben are saying things like this:

Here are the Senate races where you should donate:
Collins (ME)
Daines (MT)
Ernst (IA)
Tillis (NC)
James (MI)
Purdue (GA)
Secondarily:
McSally (AZ)
Graham (SC)
Gardner (CO)
If GOP loses AZ and CO but keeps SC, they have to retain 4 other others to keep the Senate.