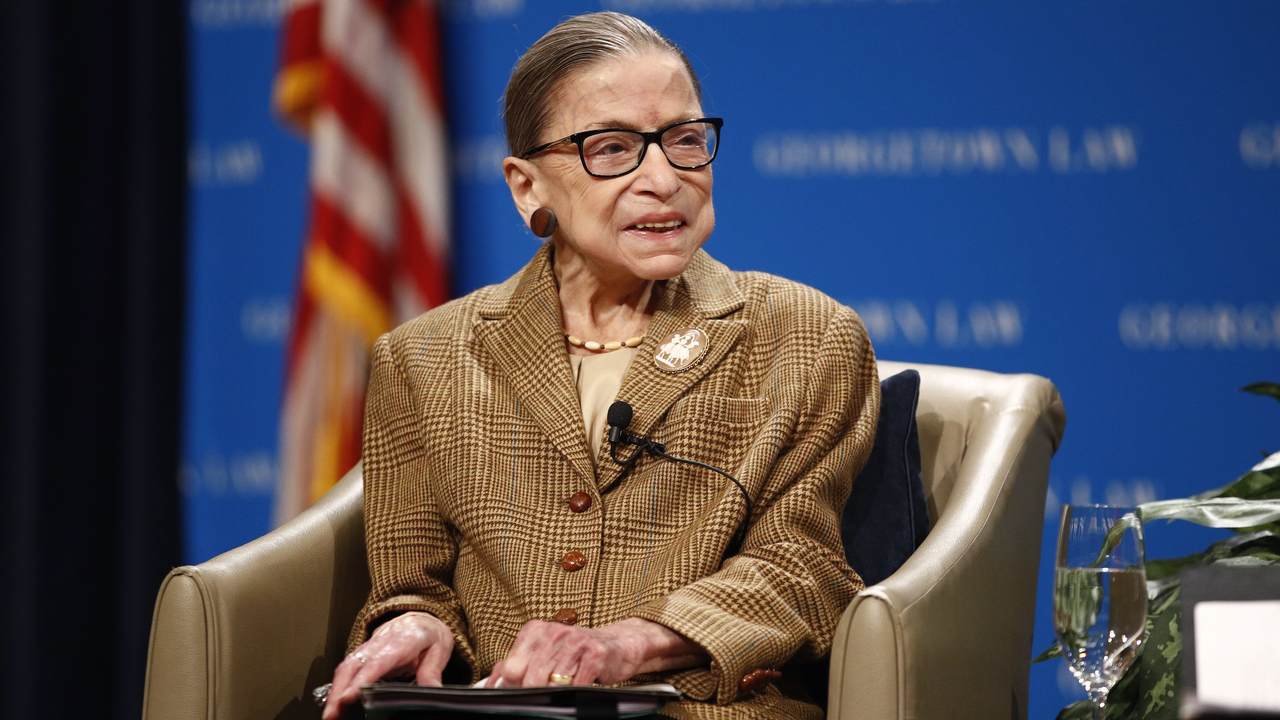 We're a bit late to this, but I'm still flabbergasted that this ludicrous, thousand-word-plus "fact-check" came into existence in the first place. Who decided that any such review of a self-described satirical website was necessary? And perhaps more importantly, how can I get someone to pay me money to review satire, then declare it satire? Apparently, it's becoming a regular task over there.

Everyone seems to understand The Onion, but various entities -- including Twitter -- have been struggling to handle this very funny source of conservative humor (disclosure: I have known The Babylon Bee's owner since childhood). Thus, we get ridiculous acts of supposed journalism based on o b v i o u s l y satirical content:

In a landmark ruling, the Ninth Circuit Court of Appeals has overturned the death of Supreme Court Justice Ruth Bader Ginsburg. In a close decision, the judges on the court have ruled RBG's death unconstitutional and will block Trump from nominating a replacement. Kim McLane Wardlaw, the judge who issued the ruling, said in a statement: "Justice Ginsburg's death was an affront to the constitution as well as our God-given right to abort as many babies as possible and sell their body parts for research. Death, at its core, is a construct designed to subvert the rule of law by taking pro-choice liberal judges away from us too soon. We cannot allow Ruth Bader Ginsburg's death to stand. By law, she will now be considered to be still alive."

Get to work, fact-checkers:

The headline of an article published by satire website The Babylon Bee is a nod to the contentious history between the Trump administration and the U.S. Court of Appeals for the 9th Circuit. The Babylon Bee is "the world's best satire site," according to its website. Supreme Court Justice Ruth Bader Ginsburg, who died of metastatic pancreatic cancer Sept. 18, is actually "alive," the article suggests, because the 9th Circuit overturned her death...There is no record of any Wardlaw opinion on Ginsburg's death on the website for the 9th Circuit, but she participated in a panel discussion Friday about Ginsburg's life produced by the UCLA School of Law. There was no mention of "reviving" Ginsburg during the discussion...We rate this claim SATIRE, based on our research. A satirical article about the 9th Circuit "overturning" Supreme Court Justice Ruth Bader Ginsburg's death has no basis in fact. It is true that the 9th Circuit has ruled against many Trump-era policies.

Slow clap. Thanks for blowing the lid off this one, USA Today. Honestly, what is the point of this? Is this exercise tongue-in-cheek unto itself, or does USA Today believe that it needs to explain, debunk and contextualize satire that's labeled as such? And how many Americans need a lengthy explanation that a story about a court overruling a person's death as unconstitutional lacks "basis in fact"? By the way, if national newspapers and fact-checkers wanted to waste less time while reviewing a Babylon Bee joke, they might as well tackle a fake story that managed to sucker quite a few people:

The story is false, but that didn't stop grief-stricken libs, whose cult-like reverence for "Notorious RBG" has raised concerns among independent mental health experts, from promoting it on social media. Even prominent members of the elite media were duped by the right-wing conspiracy website, including New York Times reporter Robin Pogrebin and Elle editor in chief Nina Garcia. Other libs who promoted the fake story include 23andMe cofounder Linda Avey, CNN medical analyst Céline Gounder (who tweeted a fake quote from the fake story), and former Harvard president Drew Gilpin Faust...Hundreds, perhaps even thousands, of non-elite libs joined in on the action. The #Resistance couldn't resist the urge to believe that the NBA had taken yet another symbolic step on the road to wokedom. They wanted to believe and lacked the intellectual curiosity to check the facts.

Amazing. Back in reality, an ESPN anchor scolded the NBA for not honoring RBG (apparently the league hasn't gotten political enough), to which others responded that perhaps this quote wasn't looked on too kindly by some of the Faux Woke Kings of hoops:

I'll leave you with this note about NBA ratings.