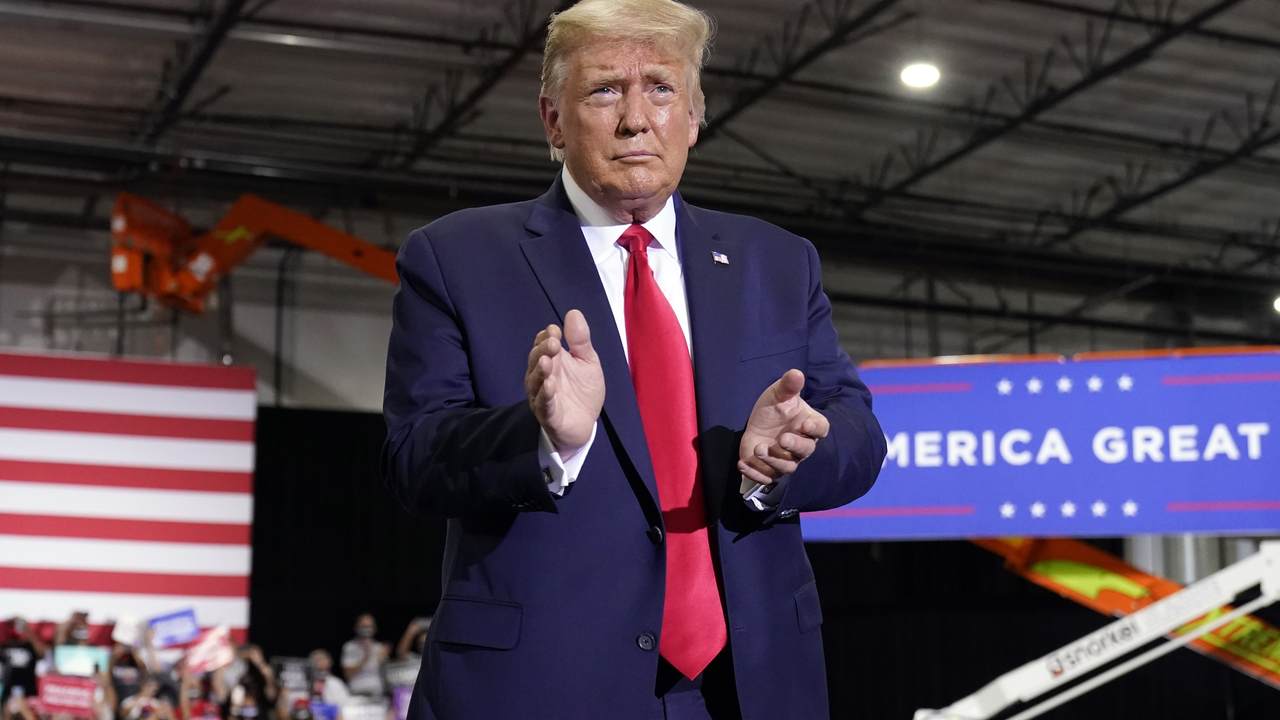 These are outliers for now, so crowing Republicans should slow their roll, but sometimes outliers turn into trends.  And the Washington Post/ABC pollster is considered quite credible (earning an A+ rating from FiveThirtyEight).  Keep an eye on the averages, as always, but is it possible that the race is shifting in the president's favor?

As you can see, among likely voters, Trump is up four -- and above 50 percent -- in Florida, while edging ever so slightly ahead in Arizona.  Holding those two states would go a long way toward patching together a victorious electoral map for Trump.  Arizona's Senate race has also tightened to a dead heat (this has shown up in other polls, too), and that was before the Supreme Court issue bubbled to the surface as a potential game-changer.  Will some traditional Arizona Republicans who detest Trump, and may be inclined to follow Cindy McCain's lead in supporting Biden, have second thoughts about turning over both of their state's Senate seats to Democrats with the stakes as high as they are?  Meanwhile, a new Georgia survey shows Trump barely clinging to a lead, with Republicans ahead by slightly larger margins in the pair of Senate races.  Iowa is tied.  I'll return to the Senate picture in a moment, but a few more interesting factors that could indicate that the president's re-election prospects are a bit better than the conventional wisdom and polling picture suggest:

“In Michigan, Pennsylvania and Wisconsin registration among whites without college degrees
is up by 46 percent while registration by people of color is up by only 4 percent.” https://t.co/cUMltAgfry

Republicans have the best margin in voter registration they have had in decades.

Some of that is cherry-picked happy talk, but some of it is real.  And the GOP ground game is at work, while Democrats are frozen in place.  Of course, if Trump loses independents (which he is right now), and Democrats turn out in huge numbers, that can easily wash away any of these advantages or inroads.  Remember, the data still suggests Biden is a pretty strong favorite to win.  But what if the Supreme Court fight, and fears of wild Democratic overreach, tug some independents and seniors back into the GOP column?  Could that be why Biden seems so adamantly adverse to making any potentially-significant comments on the issue at all?

Biden, asked if he's vetting potential SCOTUS nominees while not releasing list, dodges: "Look, what we should be doing now -the Democrats should be going to the American people now their voices are about to be heard and it's important that they make clear what's going to happen"

A reminder that it has been 42 days since Harris was tapped as the VP pick.

There are 42 days until election day.

The senator has not once formally taken questions from the press.

She's done a few softball interviews, and some local news interviews.  Nothing from the national press.  No press conferences.  Because the Senate is so crucial I'll leave you with this list, which was shared by a lefty urging lefties to help in those races.  The same list applies to conservatives eager to see the opposite outcomes:

Also helpful if you want to keep the Senate from being flipped https://t.co/kRl6BaNo7K

And here's a question for Democrats, courtesy of yours truly.  In fact, why not ask about packing the court right now?

Question for Senate Democrats: If Republicans win in November, would you support McConnell adding seats to the Supreme Court?