Report: Biden's VP Selection Decision Has Boiled Down to These Two Women... 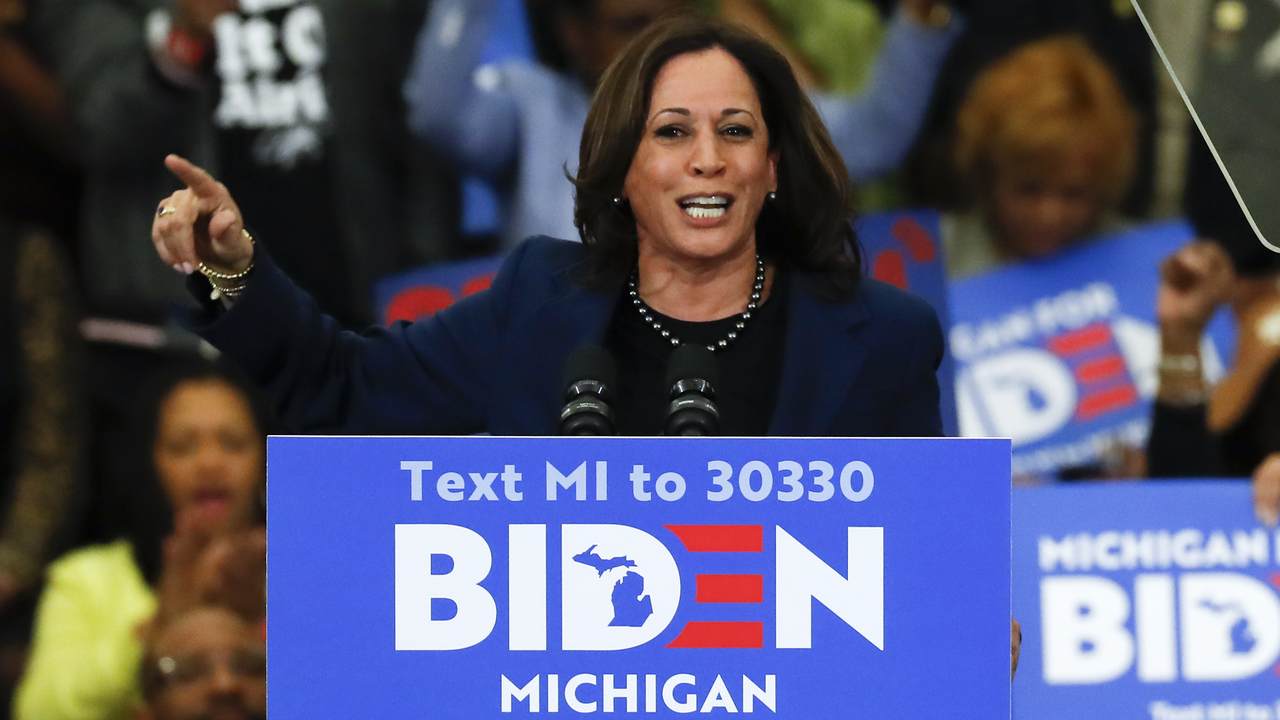 The 2020 Democratic National Convention was originally slated for mid July, with the opening night slated for the 13th of last month.  As we approach August's second week, we are still waiting on the selection and announcement of Joe Biden's running mate.  Biden told reporters at a rare press conference last week that the decision would be made in the "first week in August;" ie, this week.

Then his team punted things into next week, and now it looks like the timeline may be slipping further:

Axios is out with a report today citing a dozen or so sources who "believe" that the choice is down to just two potential running mates:

More than a dozen people close to Joe Biden believe his choices for vice president have narrowed to Sen. Kamala Harris and Susan Rice. https://t.co/1W4rANK5kB

Confidants of Joe Biden believe his choices for vice president have narrowed to Sen. Kamala Harris and Susan Rice — and would be surprised if he picks anyone else...In third place is Rep. Karen Bass (D-Calif.), who had a faltering performance on the Sunday shows after revelations about her past views on Cuba and Scientology.

Add 'Louis Farrakhan and the Nation of Islam' and 'Communism broadly' to the Bass rap sheet. She's likely cooked.  The Axios story summarizes the pitch for each alleged leading contender, including this line, which made be chuckle: "Rice is getting a big bounce from Obama people who claim her presence on the ticket would guarantee the enthusiastic presence of both Barack and Michelle Obama on the campaign trail."  The Obamas will be all-in for Biden, period.  The notion that their full and enthusiastic support hinges on Joe picking a former national security official with no governing experience seems far-fetched.  There are detractors of both women in the mix, of course.  Harris' internal opponents think she's too ambitious and not loyal enough.  Rice's critics, seemingly given voice in a recent Washington Post column, call her a "human lightning rod" who makes enemies and is laden with baggage (Benghazi and beyond).  Republicans say they're licking their chops over hammering Rice.  My read on the situation is that Rice is seen as the more personally comfortable pick, while Harris is the 'safer' pick.  But this is a fair observation from Josh Kraushaar:

On paper, she meets much of the typical veepstakes criteria. She’s built up a high profile from her presidential campaign, she boasts the requisite political experience as a one-term senator and big-state attorney general, and she checks many of the personal qualities that Democrats demand. But her political track record isn’t impressive: Despite starting out as a front-runner in the presidential race, she didn’t even make it to the Iowa caucuses. She barely won her 2010 attorney general race in a deeply blue state. And she’s been awfully clumsy on where she stands on important issues, from Medicare-for-all to policing. Harris resembles a top minor-league hitting prospect who just hasn’t shown she can hit major-league pitching. Anointing her as the party’s presidential nominee in waiting would be a risky move.

"Choosing a running mate is Biden’s first big executive decision as the Democratic nominee. Time will tell if he makes a wise choice, but the scattershot process in which this search has been conducted doesn’t inspire a whole lot of confidence," Kraushaar concludes, after spending a full column effectively scratching his head over the whole saga.  Aside from his persistent polling lead, it's sometimes difficult to discern what Biden does to inspire confidence:

“Why the hell would I take a test?”@JoeBiden scoffs at idea of taking a cognitive test.

Suggests @realDonaldTrump “can’t figure out the difference between an elephant and a lion.”

Are you a cocaine junkie?  That may be a fair rejoinder if the interviewer (who many people have pointed out is a person of color) had been sniffing frenetically, with dilated pupils darting everywhere.  Biden has routinely exhibited signs of cognitive decline, dating back at least a year.  Treating questions about this reasonable concern as if it's laughably ludicrous doesn't strike me as a great posture.  I think the Trump campaign could be overplaying its hand on this issue by portraying Biden as so hopelessly senile that anything short of the former Vice President drooling on himself, calling the moderator Johnny Carson, then falling asleep on the debate stage will feel like a cogent, expectations-beating performance.  But that doesn't mean questions about Biden's acuity aren't real or well-founded.  Frankly, I would like to see him take one of these tests and see how he fares.  Regardless, Biden's age and sharpness do magnify the importance of his running made decision -- even if voters generally shrug, given everything else on their collective plate at the moment.  I'll leave you with this, as the underground campaign continues:

SCOOP: Joe Biden is no longer traveling to Milwaukee to accept the Democratic nomination. His plans to travel to the convention have been scrapped because of coronavirus concerns.