Update: Actually, the Emerging 'Hydroxychloroquine Is Useless or Harmful' Narrative May Not Be Accurate 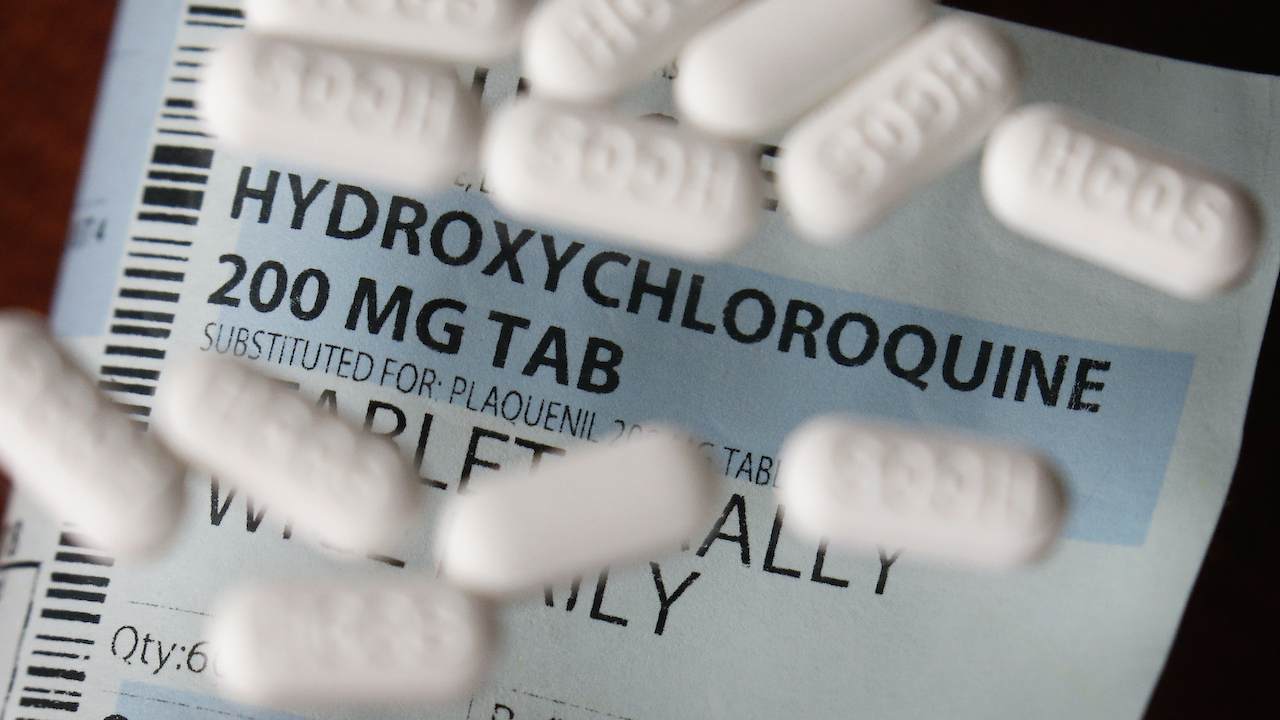 Let's check in on the bizarrely politicized Hydroxychloroquine wars, shall we? In my last post on this issue, I said that what matters most is the actual data, not tribalistic, Trump-centric rooting interests.  My speculation, based on conflicting assessments and disparate anecdotes, was that the drug -- or cocktails featuring the drug -- could be helpful for some COVID sufferers, neutral for others, and harmful for others. Within the last few weeks, there appeared to be an emerging medical consensus that the harm outweighed the good, with even Dr. Anthony Fauci jumping on the bandwagon, telling CNN that "the scientific data is really quite evident now about the lack of efficacy." But one of the key studies that anchored this new assessment is being called into serious question by experts who allege its methods are questionable:

More than 100 scientists and clinicians have questioned the authenticity of a massive hospital database that was the basis for an influential study published last week that concluded that treating people who have Covid-19 with chloroquine and hydroxychloroquine did not help and might have increased the risk of abnormal heart rhythms and death. In an open letter to The Lancet’s editor, Richard Horton, and the paper’s authors, the scientists asked the journal to provide details about the provenance of the data and called for the study to be independently validated...The experts who wrote The Lancet also criticized the study’s methodology and the authors’ refusal to identify any of the hospitals that contributed patient data, or to name the countries where they were located.

“Data from Africa indicate that nearly 25 percent of all Covid-19 cases and 40 percent of all deaths in the continent occurred in Surgisphere-associated hospitals which had sophisticated electronic patient data recording,” the scientists wrote. “Both the numbers of cases and deaths, and the detailed data collection, seem unlikely.” Another of the critics’ concerns was that the data about Covid-19 cases in Australia was incompatible with government reports and included “more in-hospital deaths than had occurred in the entire country during the study period.”...Scientists who wrote and signed the letter criticizing the study included clinicians, researchers, statisticians and ethicists from academic medical centers, including Harvard’s T.H. Chan School of Public Health, the University of Pennsylvania, Vanderbilt University and Duke University.

This development arrives as two other recent studies seem to point in the opposite direction. We've mentioned the NYU study published last month that "found patients given the antimalarial drug hydroxychloroquine along with zinc sulphate and the antibiotic azithromycin were 44 percent less likely to die from the coronavirus." This data is out of India:

Central finding: "a significant reduction (>80%) in the odds of SARS-CoV-2 infection in the health care workers was identified with the intake of six or more doses of HCQ prophylaxis."https://t.co/IhsGucvBKB pic.twitter.com/pPYNO4Niej

There's a reason that a great many American doctors said they'd prescribe this drug to a loved one with coronavirus, and it's not that all of these doctors are MAGA hat-wearing sycophants. Even if the outcomes have been mixed, there's clearly something to the proposition that Hydroxychloroquine (likely coupled with other medications) has some salutary impact on a significant population of COVID-infected people. Meanwhile, on another politicized front of the coronavirus response, it looks like the media's Florida fixation might finally be experiencing its final throes and spasms. So many people have been so invested in the notion that Gov. Ron DeSantis acted irresponsibly, that they've ignored overwhelming evidence to the contrary, rushing to embrace half-baked conspiracy theories that offered some cheap promise of confirming their priors. It is not going well for them:

“The increase has sparked a conspiracy theory on the left, that Florida is deliberately trying to undercount coronavirus fatalities by labeling them as something else. There’s no evidence to suggest any such underhand efforts, or that the state is unique across the country.” https://t.co/IdtALDON3X

Setting aside the agenda-driven lunacy, one thing that I have been thinking about quite a lot over the last few days is the impact of mass demonstrations and riots on the spread of the pandemic. We were confidently told for weeks that large gatherings of people in close proximity would lead to a public health catastrophe, hence the painful economic lockdowns and restrictions. We've also been informed that communities of color as disproportionately susceptible to the virus. So what happens next? Will we see dangerous and deadly spikes over the next few weeks? If so, will the protests be viewed as a disaster that undercut or erased the achievements of the stay-at-home orders? If not, will many more Americans start to question the rationale behind those severe mitigation mandates? Because it's deniable that in many large, heavily progressive population centers, social distancing came to a crashing halt over the last few days:

Amongst the ruins of a looted & ransacked Big 5 in Santa Monica is their copy of the LA County Public Health order for social distancing. @FOXLA pic.twitter.com/JEbWO3A4Dj

Incredible scene at Colorado’s Capitol right now. Thousands of protesters are lying face down with their hands behind their backs chanting “I can’t breathe.” They’re doing this for 9 mins. #copolitics #denverprotest #GeorgeFloyd pic.twitter.com/PaABvp8ZoM

Rest assured that no matter what happens -- and I genuinely don't know what the likeliest scenario is here -- there will be people firmly committed to narrative servicing, regardless of the outcome:

As coronavirus numbers climb from here, I think it is a safe assumption that Trump will now attempt to blame these protests for the spread rather than his own inadequate and incompetent response.