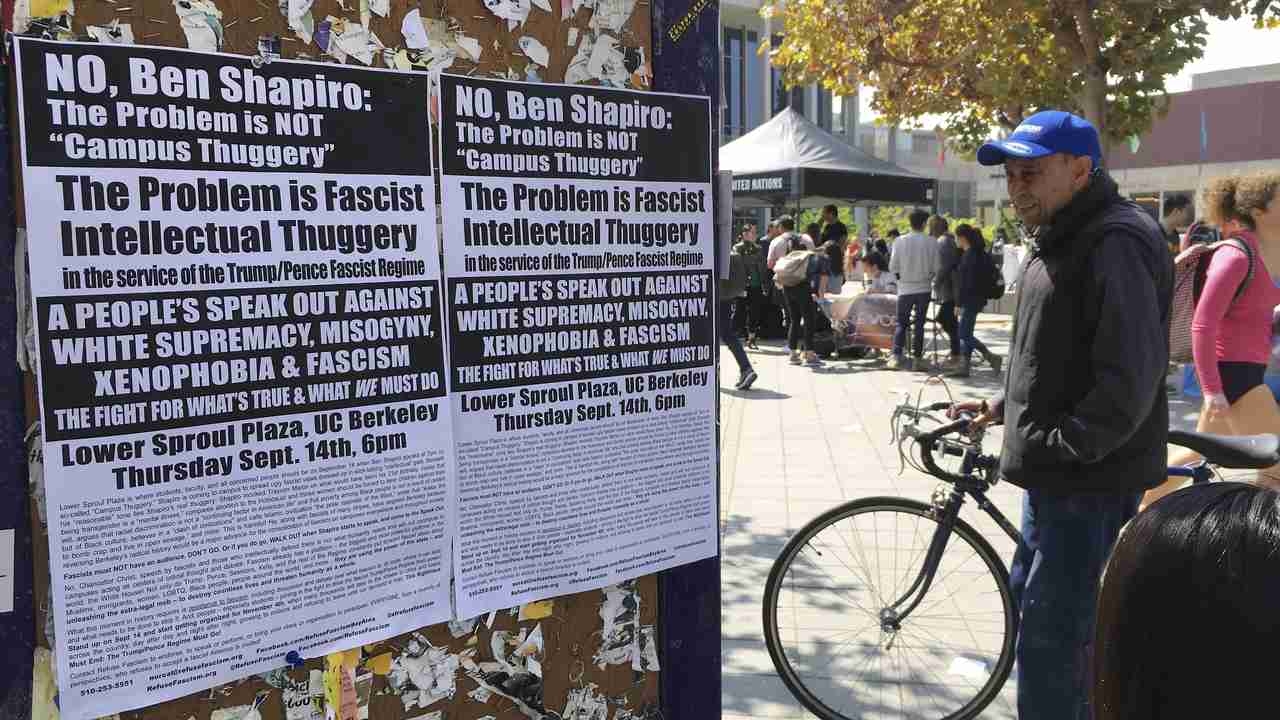 A recent survey of student attitudes at the University of North Carolina at Chapel Hill -- a selective public university in a reddish-purple battleground state -- reveals that conservative-leaning students are the likeliest ideological group to self-censor their beliefs, for fear of social and other reprisals, and that conservatives are by far the most disparaged cohort on campus. The study also finds that leftist students are far more likely to reject free speech norms, and are least tolerant of opposing viewpoints. None of this is terribly surprising to anyone who's been paying attention to the political climate on college campuses over many years, but it's interesting data that flies in the face of some denialists' insistence that the threat to free speech expression at institutions of higher learning is massively exaggerated. Writing at The Atlantic, Conor Friedersdorf explores the UNC findings:

Friedersdorf notes that overwhelming majorities of students of all stripes report that faculty members encourage participation from students across a wide spectrum of viewpoints, suggesting that those who keep their mouths shut about their beliefs "worry less about censure from faculty than from peers." He also writes that while substantial majorities of respondents embrace traditional, small-L liberal free speech norms, "an intolerant faction of roughly a quarter of students believe it is okay to silence or suppress some widely held views that they deem wrong." Students were asked, "if confronted with an especially objectionable viewpoint, how appropriate would it be to take a series of actions, such as asking a tough question, publishing a dissent, or more extreme measures?"

The result? "An alarming 25.5 percent of survey respondents said it would be appropriate to “create an obstruction, such that a campus speaker endorsing this idea could not address an audience.” Self-identified "liberal" students were more than six times as likely to embrace the tactic of shutting down speech than their moderate or conservative counterparts. Indeed, so-called "liberals" were most inclined to embrace every one of the illiberal anti-speech tactics listed in the survey:

Here's the UNC study's finding on support for obstructing speakers and other authoritarian responses to speech: pic.twitter.com/XJKdcQ8EUm

The positive news in that graphic is that only tiny fractions of UNC respondents were open to the most authoritarian responses to 'objectionable' speech, such as vandalism or even violence. But approximately one-in-five 'liberal' students believe blockading or disrupting events, in order to prevent views from being expressed to an audience, is justified. That constitutes a critical mass (which is too often coddled by campus institutions and student leaders), which can lead to disgraceful episodes like this and this. The resulting atmosphere of hostility has led large numbers of right-leaning students to simply keep their thoughts to themselves. "Almost 68 percent of conservatives censored themselves" in class settings, compared to less than a quarter of liberals. Nearly one-in-four conservative students say they're concerned that expressing their beliefs openly could trigger formal complaints lodged against them by peers. And "hostility" is not an exaggeration:

Self-censorship is among several significant reasons to believe that free speech remains under threat on American campuses, harming undergraduate education. I try to avoid talk of “crisis,” because I believe that free speech is perpetually threatened and requires constant vigilance to sustain. But however we label the status quo, America’s professors ought to be aware of these problems...More studies can help these advocates identify which campuses are in particular need of their attention, and assist them in empowering tolerant students in their conflicts with intolerant classmates.

Authentic diversity must include viewpoint diversity, so any institution that claims a commitment to this value has a duty take the problems highlighted in this report seriously. If virtually any other campus group or demographic were targeted with these levels of intolerance, universities would scramble to address the "crisis" facing a "marginalized community."
Share this on Facebook
Tweet
Australian PM Defends Having Some of Strictest Lockdown Measures When Asked 'Do you Think Less Liberty is Medically Necessary'
Rebecca Downs
Abbott Vows to Hire Border Patrol Agents Disciplined by Biden Administration
Landon Mion
Tapper Presses Mayorkas on Whether an Independent Investigation into CBP Horse Patrol is Possible
Landon Mion
Colorado 303 Creations Web Designer Petitions Supreme Court Over Compelled Speech
Rebecca Downs
First Grader Wears Mask for School Photo: 'My Mom Said to Keep It on All the Time'
Landon Mion
The Lancet Tweet About 'Bodies with Vaginas' Gets Wrecked
Rebecca Downs
CARTOONS | Lisa Benson
View Cartoon
Most Popular