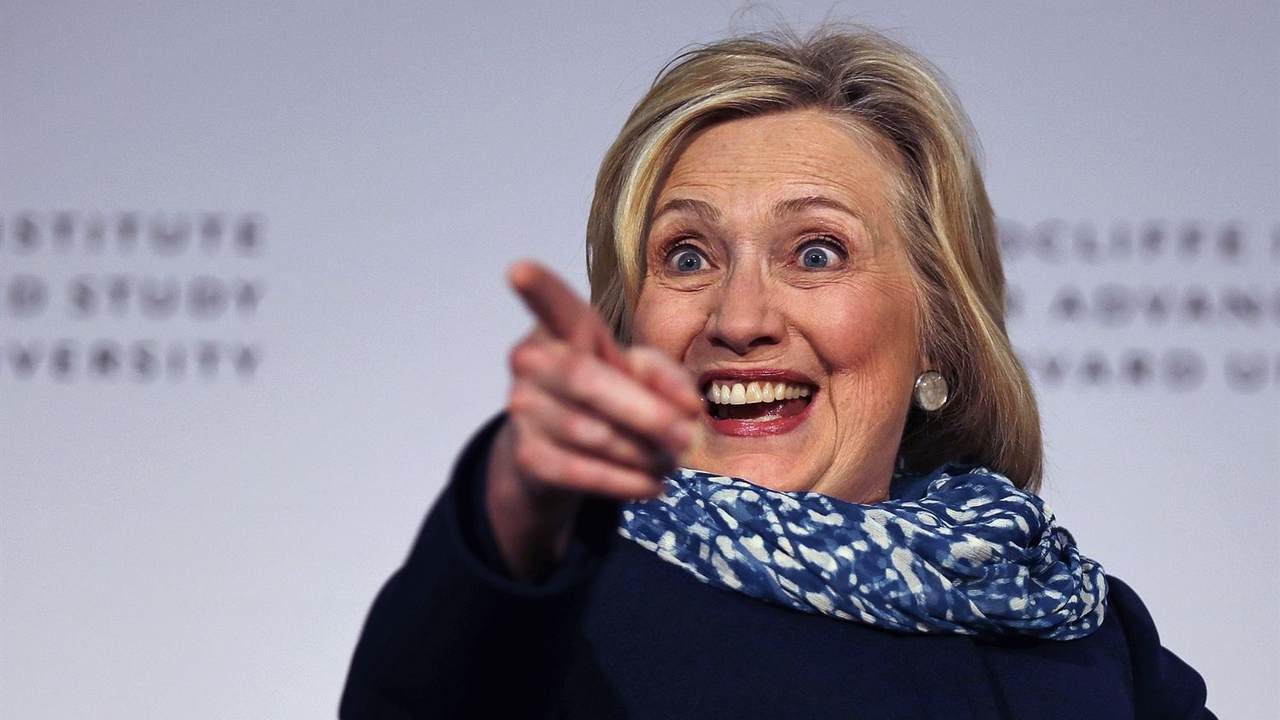 She and her people keep teasing and hinting and threatening, month after month. Will she or won't she? We know that she's always wanted to be president.  We also know, at least according to her, that acolytes keep pressing her to run again. Based on this answer, she's at least given some though to the mechanics of how she'd have to do it at this late date, which only fueled further speculation a few weeks ago:

She hasn’t closed the door on 2020. Just this past weekend, during an appearance on the UK’s “Graham Norton Show,” Hillary said she’d been “deluged” with pleas to run again. “I’d have to make up my mind really quickly,” she said, “because it’s moving very fast.”And then there was this:

And then there was this:

Former U.S. Secretary of State Hillary Clinton has said “many, many, many people” are urging her to consider running for president in 2020, though she again noted that she has no plans to kick off a campaign. “I, as I say, never, never, never say never, and I will certainly tell you I’m under enormous pressure from many, many, many people to think about it,” Clinton told BBC Radio 5 Live when asked whether she had ruled out running again. “But as of this moment, sitting here in this studio talking to you, that is absolutely not in my plans.”

"Not in my plans" is a slippery non-denial. She's toying with the idea, even if it's an extreme long shot. Why? The necessary Biden collapse just hasn't materialized, with his perceived electability holding strong among Democratic voters:

This is second only to the consistent horserace polling results among the reasons why I think Biden is so likely to be the eventual nominee. Even people who don't support him now believe he can win. https://t.co/zcj0ViJtFa

She knows all of this, of course, and the calendar is not her friend. I suspect she enjoys being in the mix and being talked about. But surely she also sees polls like this and her mind starts to wander:

Hillary Clinton has surged in public popularity, taking the lead in the most recently published Harvard-Harris poll, beating out many popular contenders. https://t.co/boHr7zUDSU

Clinton scored 21 percent of the vote among Democratic voters in the most recent Harvard-Harris poll, which is released monthly. Right behind Clinton was Joe Biden with 20 percent, followed by Bernie Sanders (12 percent) and Elizabeth Warren (9 percent).

If, hypothetically, the field gets shaken up, an obvious opening emerges, and Team Hillary rapidly assembles -- then what? How might a potential re-match go? I'll leave you with this: