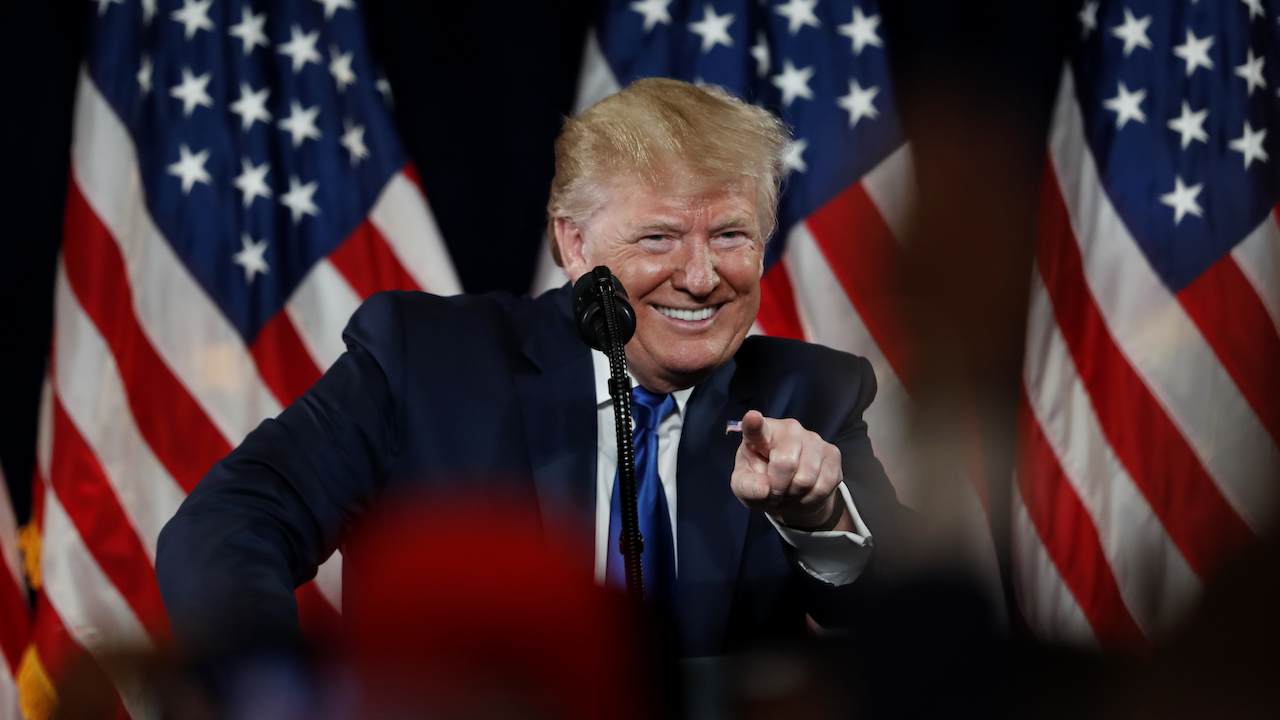 Back in September, a top GOP pollster raised red flags about President Trump's re-election standing in the three "blue wall" rust belt states that narrowly handed him an upset victory in 2016.  Here is part of the resulting memo from Firehouse Strategies: "Trump continues to struggle in these three states. He trails Biden in all three states, and only leads Warren and Sanders in Michigan. His approval rating is also underwater by 4 points in Michigan, 9 points in Pennsylvania, and 12 points in Wisconsin."  With impeachment in full swing, have the numbers turned even more sour?  Just the opposite.  This is quite a December rebound:

As the impeachment process heats up in Washington, Donald Trump is seeing a boost in support in crucial swing states. Across the board, President Trump is polling well against the Democratic field in each of these battleground states. Notably, Vice President Biden has seen a sharp decline in support in our surveys as he currently runs behind President Trump in each of the three states...As the race currently stands, President Trump is in the lead in Michigan, Pennsylvania, and Wisconsin in hypothetical match-ups against former Vice President Joe Biden, Senator Elizabeth Warren, Senator Bernie Sanders, Mayor Pete Buttigieg, and former Mayor Michael Bloomberg. Across the three states, Trump’s closest contest is against Joe Biden, although the president leads by an average of 6 percentage points against each Democrat.

I'll note that these polls were conducted prior to the publication of the impressive November jobs report, which reinforced the incumbent's most potent strength heading into the election year.  In the new data, Trump leads all five Democrats tested, in all three states, in hypothetical head-to-head contests.  Far-left candidates Elizabeth Warren and Bernie Sanders generally fare the worst, with Joe Biden performing best.  But even Biden trails by five points in Michigan, five points in Pennsylvania, and nine points in Wisconsin.  This trajectory cannot be terribly reassuring for the Democratic establishment:

Beware early hypothetical head-to-heads, but we're creeping much closer to the date when they generally start to become more useful and predictive.  We are now less than 11 months away from the general election, and these fresh numbers suggest that the incumbent has gained momentum despite -- or perhaps because of -- the impeachment process.  I'll also note that other polling out of this trifecta of crucial battlegrounds show much more competitive races, with several showing Trump behind.

But Firehouse Strategies' results (even if they're a bit outlier-ish), coupled with the New York Times/Siena surveys from last month (and various other data points) make quite clear that President Trump is very much viable in his re-election quest.  One other argument we've seen floated is that Democrats may be able to offset Trump's inroads in the industrial Midwest by picking off reddish purple states like Georgia and Arizona.  New polling suggests that while the latter state is certainly close, Trump still has the edge out in the desert:

But Trump holds sizable leads over Warren and Sanders. pic.twitter.com/LHtLQUR2JC

Once impeachment plays out (spoilers here), I suspect Democrats will be eager to pivot away to other issues.