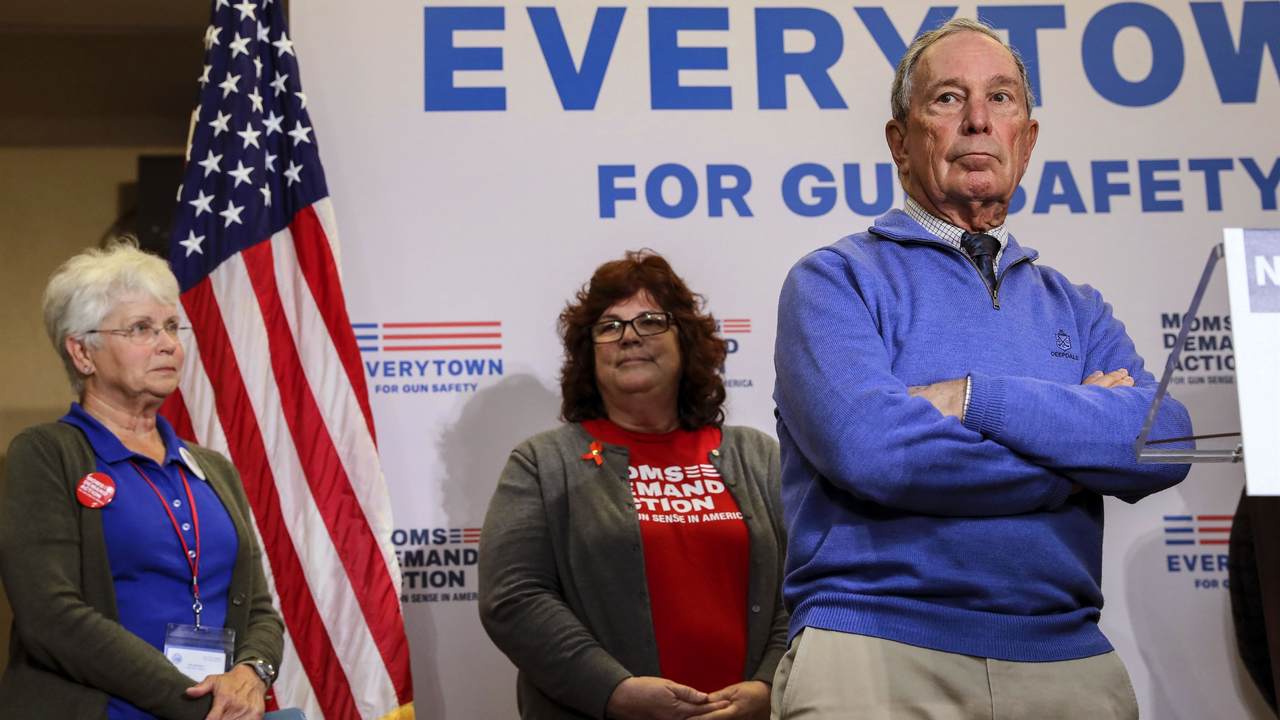 On some level, I could understand why the political chattering class went wild over this news: Michael Bloomberg is a big name, he has exceptionally deep pockets as a self-funder, and his potential/quasi-entry into the race is an intriguing indication of his assessment of the weakness of the existing field. On another level, however, I couldn't understand the hype. Bloomberg has no clear constituency within the Democratic electorate, which does not seem to be yearning to vote for...a New York billionaire. Bloomberg is fiscally sane in some key respects and has some good instincts on free speech issues, and his anti-gun, nanny-state liberalism on other fronts is relatively standard fare on the Left.

Like Allahpundit, I couldn't envision him parachuting into the race and catching fire, especially in light of the almost-comical misadventures of Tom Steyer. But times are weird, and one never knows. Perhaps my read on the situation will prove to be inaccurate, but early indications suggest that my theory of the case is fairly strong:

—Him at just 4%
—Worst net favorables in D field
—Biden still with a clear lead; no particular evidence Biden impacted more than others

Not exactly the "seismic disruption" that some predicted.https://t.co/WrN3yjhUol

I'm not sure he actually runs, honestly,  Anyway, as you can see, Joe Biden is at the top of the heap, further cementing his 'national frontrunner' status, as tenuous as it may be. Also, notice Elizabeth Warren in third place in this survey. She's still in second place in the overall average, but take a look at her recent trend line. It would seem as though some Democratic voters have been spooked by her electability risks and her healthcare debacle. Warren continues to run hard to the left, announcing last week her openness to a suspension of (all?) deportations as president, in order to pressure Congress into passing an amnesty package:

Elizabeth Warren: "I am open to suspending deportations as a way to push Congress for comprehensive immigration reform." pic.twitter.com/FH3nyahyDo

Warren loves plans! Here are some of them:

Luckily for the Massachusetts leftist, her allies in the media keep spinning hard on her behalf, typified by this laughable "fact check" from left-leaning PolitiFact:

This is insane and embarrassing gaslighting from Politifact. Warren admitted just the other day that her M4A would cover everyone regardless of immigration status.

The distinction Politifact tries to make here between taxpayer-funded and “free” doesn’t justify the rating. https://t.co/FXpyJ6ggLM

She has admitted this, yet this alleged fact-checker manages to find a path to "mostly false" when Republicans point it out. Extreme ideology, it seems, matters:

“Dr. Huh usually votes for Democrats, but he hasn’t always. He voted for George W. Bush in 2000. He said Elizabeth Warren and Bernie Sanders are too far left for him and that he would vote third party if the Democrats nominated either one.”https://t.co/RlziGMUQrN

I'll leave you with this fundraising pitch from Warren, basically embracing her abrasiveness and attacking what she describes as a sexist double standard:

Warren in new fundraising email: "I am angry and I own it" -- doesn't name Biden, just like his Medium post didn't mention her. pic.twitter.com/6o0gZUftio