Poll: The Ten Most Popular Governors in America Are All Republicans 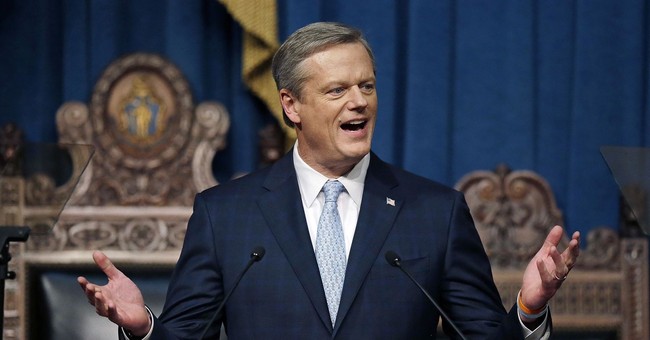 Yeah?  Who cares?  Democrats don't have any governors anyway.  Okay, that may be a slight exaggeration, but seriously: Republicans currently control fully two-thirds of America's governorships, with Democrats reduced to the mid-teens.  That's extraordinary.  Thanks, Obama.  Even so, with Democratic governors preening for their anti-Trump electorates, you'd think at least one of them might be able to crack the top ten nationally.  According to a new batch of data from Morning Consult and Politico, nope:

The ten most popular governors in America are *all* Republicans: pic.twitter.com/YODgLqBI8e

Four of the top five are northeastern Republicans, each representing states Donald Trump lost (four of them by a lot) to Hillary Clinton.  On the negative side of the ledger, six of the least popular governors are Republicans, one is a Democrat-aligned independent (Bill Walker of Alaska) and three are Democrats.  And the latter group includes by far the least popular chief executive in the country: Connecticut liberal Dan Malloy, who's sitting at an abysmal (21/72).  Might the GOP be in a position to gain another New England governorship, if not two, with Rhode Island's Democratic governor underwater by double digits?  Perhaps.  Connecticut Republicans are hopeful to win back control of the state legislature, too.  But Democrats in the Nutmeg State and elsewhere stand to benefit from an intensity gap, which has manifested itself across the country over the last year, including in state and local races in Connecticut.

If it were a typical election cycle, I'd expect Republicans to drop a few governorships, especially due to the sheer number of seats they're defending, but potentially pick up one or two along the way.  They'd maintain a dominant stranglehold on control of the states, and Democrats would be limited to marginal gains.  But if a blue wave crashes in November -- and Democrats sweep the toss-up and pick-up races, plus one or two extras -- the two parties could potentially pull roughly even.  We'll know soon enough if Democrats will start thanking Trump for their state-level fortunes.  Here's a peek at the national electoral playing field that has somehow gotten lost in the shuffle amid all the analyses (including from yours truly) about the fate of Congress:

And in case you're curious, here are the Cook Report's 2018 gubernatorial rankings. GOP is playing a ton of defense (they currently control 2/3! of all governorships, after all) but could conceivably blunt losses with a handful of pick-ups: pic.twitter.com/5bcC5NQSqQ

I'll leave you with a pearl of desperate demagoguery from America's most loathed governor: