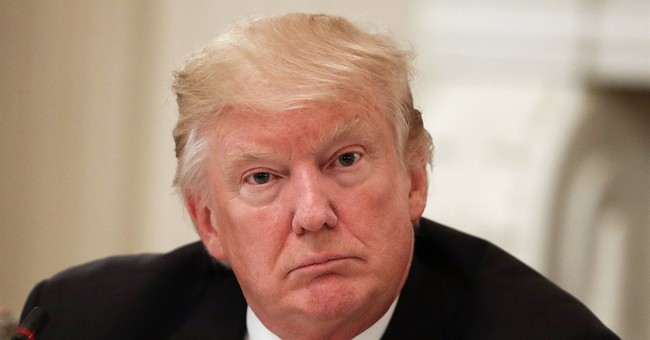 Yesterday, we broke down Comey's prepared testimony and analyzed the former FBI Director's performance in front of the cameras -- then we saw both the Republican National Committee and the president's private attorney respond to the hearing with a interesting mix of claimed vindication, and attacks on the credibility of the witness...who provided the sworn fodder for said claimed vindication.  As all of this shook out, including the eruption of a dispute over a timeline of events cited by Trump's lawyer in his anti-Comey pushback, conservative writer Ben Shapiro tweeted a cogent and sharp string of free advice for Trump and his associates.  Shapiro is an anti-Left, Trump-skeptical conservative who also happens to have graduated from Harvard Law School.  The president would be wise to heed his counsel.  Point one:

Getting into a direct credibility battle with Comey is foolish for Trump. Here's his best defense. (1)
— Ben Shapiro (@benshapiro) June 8, 2017


Let's stop right there for a moment.  I know hardened Trump fans trust him implicitly (most voters do not) and believe Comey is 'discredited,' but I don't think a he-said-he-said between those two figures would end well for the White House.  That's especially true considering that they're touting other elements of Comey's word as gospel truth.  Going hard after Comey, but also quoting him as an authority in the next breath, feels slap-dash and self-defeating.  Stick to the newly-affirmed positives:


Then put the best shine possible on the disputed, private Flynn exchange, noting that it didn't actually impede anything, regardless of Trump's intent.  Comey also confirms that it didn't impact the broader investigation -- and if it had, Comey would have stepped down, which he didn't:

"Even Comey wouldn't claim obstruction, because if he thought there was obstruction, he would have quit." (5)
— Ben Shapiro (@benshapiro) June 8, 2017

Next, some self-aware humility and contrition.  It's a tall order, I realize, but it's also in order, starting with, "I've said some ill-advised things out of frustration that people are accusing me of things I didn't do."  Beyond that:

And finally wrap it up with a call to re-focus on issues that matter to people's everyday lives:

"So let's get back to work. I'll try to contain my impatience. And everyone else should try to focus on helping me help Americans." (END)
— Ben Shapiro (@benshapiro) June 8, 2017

I'd also recommend some acknowledgement of the Special Counsel's ongoing work, and the importance of getting the full truth on Russia's interference.  I'm not sure if Trump has that him, both due to his previous (foolish) broadsides against the Special Counsel, as well as a strange dichotomy: Much like Comey would only assure Trump that he wasn't the subject of an investigation in private, Trump only appears to have been willing to endorse the Russia probe behind closed doors, based on Comey's written testimony.  In public, the president has been tweeting about "fake news" and the like.  I'd also add that the biggest vulnerability plaguing the White House on this front, in my estimation, is its embarrassing series of garbage explanations for why Comey was fired.  They've permanently blown their opportunity to tell the truth from the get-go, but let's say Trump actually dumped the FBI Director because he wouldn't back him up by informing the public that Trump wasn't a target of the probe -- which he wasn't.  That would be an easily-understandable explanation that, combined with Comey's strained reputation with both parties, would ring true.  If it's true, Trump should say so.  If it's not true, Trump had better pray that Robert Mueller doesn't find evidence that the dismissal was retribution for non-compliance with the president's "request" on Flynn.