Analysis: Does the Timing of Trump's Comey Dismissal Matter? 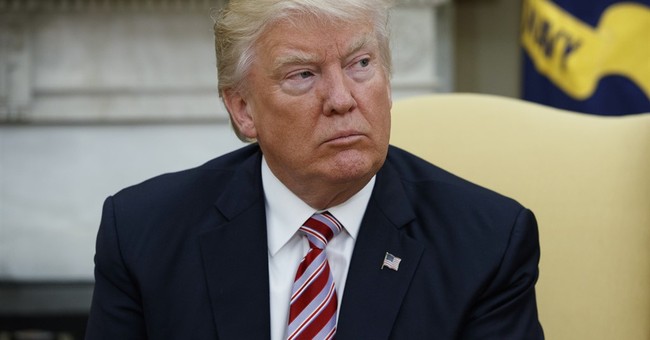 Just for a moment, let's try to set aside the dizzying carnival of hypocrisy on both sides of the aisle regarding James Comey. Yes, many Republicans have flipped and flopped on whether they have confidence in Comey, including the President of the United States. And yes, many Democrats stated outright that they lacked confidence in Comey's capacity to do his job and demanded that he be fired -- only to declare a "constitutional crisis" when Trump did just that. There's a lot of huffing and puffing going on right now that reeks of pure partisan tribalism. For what it's worth, I think it's a positive development that the former FBI Director has been invited to testify before the Senate Intelligence Committee in closed session next Tuesday.  Meanwhile, some of the push-back I've gotten from Trump supporters today entails challenging me to explain why I believe that the timing of this firing is legitimate fodder for questions and concerns, as I stated on Fox News this morning.

The answer is fairly obvious in my mind: The president sacked the top law enforcement officer who is overseeing an investigation into Russia's election meddling, which includes an examination of whether anyone on Trump's campaign colluded with Moscow during the race. Removing that individual from his position while the probe is active would inevitably be a sensitive proposition, at the very least. That's especially true if it turns out that Comey did, in fact, put in a request for increased resources for the Russia inquiry just days before getting the axe. All of this may be entirely innocent, but perception and appearances matter a lot in politics. And the integrity of a Justice Department investigation into a hostile foreign power interfering in an American election isn't a frivolous matter. In light of those various layers of context, many people are understandably asking, "why now?" The rejoinder from Trump defenders has been, "was there ever going to be a 'good' time to do this that wouldn't spark a conspiratorial freakout from the Left?"  Allahpundit takes a stab at answering that question:

Assume that Trump’s motives were pure. Many people really had lost faith in Comey over the past year, after all; bringing in a new director unblemished by political damage is a perfectly reasonable thing to do to restore public faith in the FBI. The question is when to do it. Trump could have done it on Inauguration Day: Critics would have howled that he was short-circuiting the Russia probe as his first official act, but lining up a respected replacement with bipartisan cred (like Patrick Fitzgerald) would have reassured people. And there would have been a plausible non-political explanation for the timing in that case. As a brand new president, Trump didn’t want to waste a moment in “draining the swamp” of a public official whose credibility had been lost. Replacing Comey ASAP would have been a matter of setting the tone for his new administration. Out with the bitterness and suspicions of the 2016 campaign, in with good government.

Or Trump could have gone the other way. He could have left Comey in place until the Russia investigation was concluded, thanked him for his work, then declared that it’s best for the country at this point to start fresh with a new director. There would have been a non-political explanation for the timing in that case too. I wanted to replace Comey immediately after I became president, Trump could have said, but I knew if I yanked him while the Russia probe was ongoing that people would have thought I was trying to obstruct it. No one wants someone whose credibility has been battered leading the FBI for a moment longer than is necessary, but the Russiagate investigation made a delay necessary. Now that it’s over, it’s time for Comey to step aside...

In other words, Trump should have either done the deed right away, or waited for the Russia investigation to play out. It's true that those seem like the cleanest options, but Byron York's reporting suggests a third path.  According to his sources, even as big voices in the Trump transition were advocating to dump Comey immediately, the decision was made to follow a more formal process -- which resulted in the odd-seeming delay:

Those same Trump team members who believed Comey should go also believed there should be a process involved in doing it. Truth be told, not all of them — some wanted to see Trump fire everybody on Jan. 21: U.S. attorneys, ambassadors, Obama holdovers, everybody. But the more institutionally-minded members of the Trump team wanted to see a process observed. In the case of removing Comey, that involved going through the chain of command. The structure was this: The FBI director reported to the deputy attorney general, who reported to the attorney general, who reported to the president. When Trump fired Comey Tuesday afternoon, that chain of command had been in place for all of 14 days. First, it took a long time to get an attorney general in office. Facing Democratic opposition, Jeff Sessions, one of the president's first nominees, was not confirmed by the Senate until Feb. 8. Then, it took a long time to get a deputy attorney general in place. Rod Rosenstein, the deputy — and the man who wrote the rationale for axing Comey — faced similar Democratic delays and was not sworn in until April 26. Only after Rosenstein was in place did the Trump team move ahead. That was true not only for chain-of-command reasons but also — probably more importantly — because Rosenstein had the bipartisan street cred to be able to be the point man in firing Comey. Even though his confirmation was delayed, Rosenstein was eventually confirmed by the Senate by a 94 to 6 vote, meaning that the vast majority of Democratic senators voted for him along with all of the Republicans.

This is definitely plausible, especially since Attorney General Sessions had recused himself from the Russia matter. It would make sense for the White House -- having decided to go through the "regular" process -- to wait for the relevant DOJ official to be formally installed, then draw up his assessment of Comey before firing him.  Also plausible are the theories that Trump's frustration over testimony from fired Obama-holdover Sally Yates may have been a factor, as may have Comey's screw-up in a Senate hearing last week.  It's not hard to picture an exasperated Trump deciding that he'd seen enough of the Comey Circus.  Less charitable explanations include the suggestion that Trump held a grudge against Comey for refusing to publicly exonerate him of (thus far totally unfounded) accusations of "collusion" with the Kremlin -- or that the president was irritated by the media's ongoing focus on the Russia issue, and/or the amount of media oxygen Comey was consuming.  Finally, the corruption theory of the case assumes that Trump feels threatened by the escalation of the FBI's Russia probe, and that the president wanted assurances from Comey that he wasn't going to be a target.  That one-two punch is exactly what one (warning) unnamed source (warning again) tells CNN:


I'd note that Trump's annoyance that the investigation was ramping up isn't necessarily proof of complicity of guilt; he could just be furious that what he believes to be a nonsense story is undermining his political standing to pursue other goals.  Either way, Rich Lowry writes that if firing Comey really was some sort of fiendish scheme to derail the Russia probe, the Trump White House executed it in the least competent, most damaging way imaginable:

The firing will draw more attention to Comey than ever before, at least in the short term; it won’t shut down the Russia investigation, which will continue as before, just with a new leader at the top; it will stoke even more suspicions about Russia and magnify any new revelations; it might well embroil the White House in a contentious confirmation battle that re-litigates the Comey firing and focuses on the Russia controversy; and if there isn’t a confirmation battle, it will only be because Trump picks someone with a sterling reputation who is pledged to follow Russia wherever it leads. So if this is an attempted cover-up, it will almost certainly back-fire.

As I mentioned earlier, the hilariously ill-timed images of Trump yukking it up with top Kremlin officials in the Oval Office the day after sacking Comey only adds to Lowry's point. If this is indeed an attempted cover-up (and I'm not convinced of that), it's been mind-bendingly stupid in its execution.  I don't know what the truth is, and I've been urging caution and circumspection since this news broke.  Whether you're inclined to believe the best or the worst about Trump (or neither), the manner in which this all went down, plus the context in which the sword fell, set the stage for a massive political explosion -- which has reportedly caught the Trump administration off-guard.  Best case scenario: Bumbling political malpractice.  Amid the noise, I'll leave you with National Review's sensible editorial on what we've learned over the last 24 hours, and an appropriate course of action moving forward: