Inside the Numbers: How Trump Stunned the World and Pulled It Off 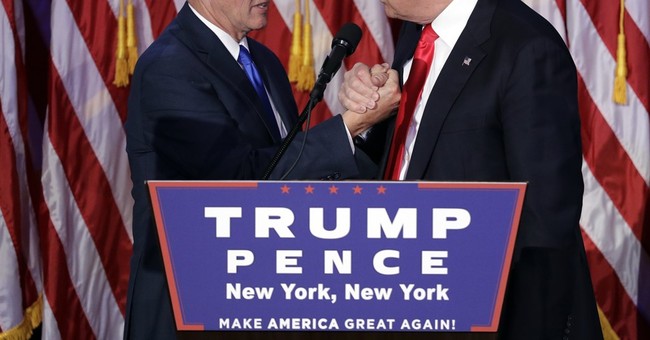 So, we're really going to trust exit polling after so much of the pre-election polling was wrong, huh?  Yes, for three reasons. First, not "all" of the polling was off. Hillary has won the popular vote, it seems, which is the top line outcome most polling predicted. The consensus was a three-to-four point victory for her, so the margin was off, but roughly within the margin of error (also, our system is based on the electoral college, so whining about the popular vote misses the point and ignores important factors).  It's also worth noting that quite a lot of state polls were by and large accurate, while others were embarrassingly wrong.  Most incorrect were the "models" pegging Clinton's chances of winning at 90-plus percent. Second, unlike pre-election polling, which does require some guesswork, exit polling is drawn from tens of thousands of people who actually voted. Third, while even finalized exit polling is still imperfect, it's the best data we've got to try to untangle what just happened. And with that, let's jump in:

(1) It's too early to jump to concrete conclusions about total turnout because votes will be tabulated for days to come. What we know is that after witnessing D+7 and D+6 electorates in 2008 and 2012, this year brought us a D+4 breakdown. Many Obama voters did not show up this time. That's what Democrats get for nominating an uninspiring (at best) candidate. Fully 90 percent of Republican voters backed Trump. Eighty-nine percent of Democrats were with her. Independents broke for Trump by six points, just about on par with Romney's showing with that group four years ago. The GOP base came home. Too many people in the Democrats' fragile base stayed home.  And these are points worth repeating, especially in the face of hysterical meltdowns:

Clinton suffered her biggest losses in the places where Obama was strongest among white voters. It's not a simple racism story

(2) Demographically, Hillary benefitted from a gender gap with women, but her struggle to win men overwhelmed that advantage. Clinton carried Millennials by 18 points (white Millennials went slightly for Trump), while voters over the age of 45 fell into Trump's column. Trump won white voters by 21 points, one point better than Romney's showing. The GOP nominee also beat Romney among black and Latino (!!) voters -- though not by much. Nevertheless, three-quarters of nonwhite voters went with Clinton, something that the GOP can't just ignore forever. You may recall some talk of Republicans losing white college grads for the first time in 60 years because of Trump. Ultimately, he carried this group by four points. He also won a majority of white women, and 67 percent of whites without a college degree. He narrowly lost married women (usually lethal to a Republican), but carried Catholics by seven points -- and held Clinton to winning just 51 percent of union household voters. First time voters broke for Hillary. Late deciders broke for Trump. Obamacare's unpleasant surprises and Hillary's FBI troubles likely had an impact.

(3) The 'candidate qualities' portion of the numbers are bonkers. Hillary crushed among voters who were looking for a candidate who cares about them (+23), has the right experience (+82), and possesses good judgment (+40). The one category Trump won was among voters who wanted change (+69), which happened to be the largest group of those four.  Sixty-three percent of voters reported that they were bothered by Clinton's email scandal.  Her favorability among 2016 US voters was an ugly (44/54), with people calling her untrustworthy by a gaping (36/61) margin.  She lost.  Trump performed worse on both counts, and won.  Fifteen percent of the Americans who have a negative view of Trump voted for him.  Think about that.  Sixty-one percent of actual voters held an unfavorable view of Trump.  Sixty percent said he was not qualified to be president.  Sixty-three percent said he lacked a presidential temperament.  Seventy percent were bothered by his treatment of women.  This was the person who won the election.  Peak 2016.

(4) On issues, Clinton won the 'Commander in Chief' test, and held a strong edge on foreign policy.  Trump, however, was more trusted on the top issue: The economy.  Nearly two-thirds of voters said the state of the US economy is poor.  Just 13 percent of voters identified immigration as their top issue, among whom Trump dominated.  Overall, only a quarter of US voters favor a deportation-heavy immigration policy.  More than six-in-ten said the country is on the wrong track.  In multiple television appearances earlier in the day yesterday, I talked about how Clinton had all the apparent structural advantages (leading in polls, superior ground game, gargantuan spending advantage, etc) whereas Trump had historical winds and fundamental factors (three straight terms for one party is rare, change election dynamic, etc) on his side.  Which set of factors would prevail?  We got our answer, loud and clear.

(5) A few highlights from some of the key Senate races in which Republican Senators won resounding or upset victories, outpacing Trump in their (swing) states: In Ohio, Rob Portman won women by six points, and won Ohioans aged 25-39 by a comfortable margin.  He carried the state overall by 21 points (Trump won by eight points)  In Florida, Marco Rubio won women outright, won 25-39 year-olds outright, and nearly tied his Democratic opponent among Latinos, carrying 48 percent of them. He over-performed Trump by approximately seven points.  And in Wisconsin, Ron Johnson carried 18-24 year-olds by nine points.  His victory was roughly two-and-a-half points stronger than Trump's winning margin.  I'll leave you with this.  When you don't have anything nice to say...

Sanders Campaign Has 'Nothing Polite' To Say About Election Results https://t.co/dVIRxLhVuj via @TPM