By the Way, The National Debt Just Blew Past $19 Trillion 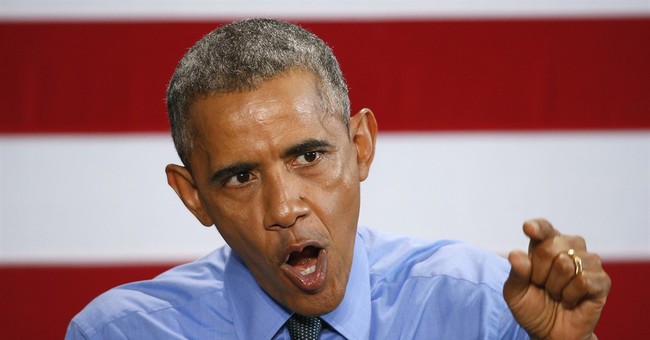 In case you missed it late last week, President Obama blew past another grim mile post on America's highway toward insolvency and forced austerity, as the national debt surpassed $19 trillion -- a figure larger than the size of US GDP.  The Daily Signal puts this towering number into perspective:

On Monday the U.S. national debt hit a new record: $19,012,827,698,418. This is the first time the national debt has ever exceeded $19 trillion. That’s more than $58,000 for each person who lives in the U.S. today (including children). The main culprit behind the rising deficits and debt is growing federal spending—especially among Social Security, Medicare, Medicaid, and Obamacare. Traditionally, Congress has set a limit for how much debt the U.S. may take on, known simply as the debt limit. But rather than put a higher limit on the debt, lawmakers and the president have repeatedly suspended the debt limit, most recently in November of last year through March 15, 2017. During a debt limit suspension, the Department of Treasury is authorized to borrow however much is needed to pay all federal obligations that come due. This means there is basically no limit on debt the U.S. may take on.


The president and his party have staunchly opposed and demagogued all serious efforts to reform the programs that are, by Obama's own admission, the largest drivers of America's long-term debt. Before we move on, click through and read about a new report detailing how the Obama administration deliberately misled the public and Congress during recent debt ceiling debates. As for the mountain of debt American taxpayers (present and future) face, it's important to remember that when one factors in unpaid-for federal promises, known as unfunded liabilities, the "true" debt figure is much higher, frighteningly.   When I tweeted about this unprecedented Obama "accomplishment," many liberals replied with some version of, "but Bush!"  While very few conservatives would hail the Bush-era GOP's fiscal restraint, Obama's reckless stewardship blows all previous debt accrual out of the water, and it's not even close:


That's right: Over Bush's term in office, the national debt jumped from approaching $6 trillion to $10.6 trillion. Obama accelerated the problem massively, leading to today's $19 trillion mess. Oh, and trying to pin all of 2009's massive federal spending on Bush is a fun little trick that just isn't accurate.  That's why fact-checkers have confirmed that Obama is, indeed, the undisputed Debt King in all of US history. Even as the president misleadingly brags about lowering annual deficits from the eye-popping levels of his first term -- never mentioning that he was dragged into budget reductions kicking and screaming by Republicans -- 2016 is expected to witness an uptick in the annual shortfall, and CBO projects annual deficits will again climb back north of $1 trillion by the end of the current budget window.  That's in spite of all of Obama's tax increases, by the way.  In any case, his fixation on deficits seems intentionally designed to deflect on the record debt he's amassed.  Meanwhile, as Hillary Clinton runs for president effectively promising a continuation of the Obama agenda, the American people are increasingly shunning her party.  Gallup recently measured fewer Americans than ever self-identifying as Democrats, following up this week with another data point: 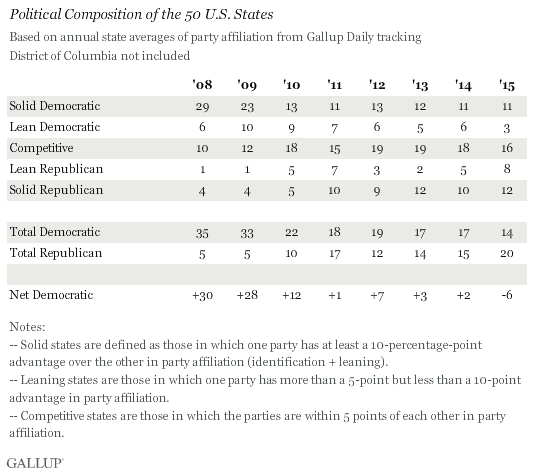 Gallup's analysis of political party affiliation at the state level in 2015 finds that 20 states are solidly Republican or leaning Republican, compared with 14 solidly Democratic or leaning Democratic states. The remaining 16 are competitive. This is the first time in Gallup's eight years of tracking partisanship by state that there have been more Republican than Democratic states. It also marks a dramatic shift from 2008, when Democratic strength nationally was its greatest in recent decades.


Over to you, Chris Cillizza:

Barack Obama's presidency has been a very good thing for Republicans. https://t.co/2kasxVmPGw pic.twitter.com/jvATZBOCiX


The Obama legacy, ladies and gentlemen. I'll leave you with this impassioned, righteous monologue from Barack Obama in 2008. "Unpatriotic:"

Reagan McCarthy
Teachers Union 'Study:' The Most Stressed Out People During the Pandemic Were...Teachers, Of Course
Guy Benson
Biden Will Attempt to Get Ahead of a Summer of Crime Created by the Left
Katie Pavlich

Tucker Carlson Just Broke Don Lemon on Live Television
Townhall
'WTF are they trying to pull?!' Conservative woman takes Sarah Kendzior's SMUG digs at those opposing CRT apart in EPIC thread
Twitchy
Candace Owens and Brandon Tatum Are Not Who They Pretend to Be
Redstate
The Morning Briefing: Let's Hope the Commie 'For the People Act' Dies in the Senate
PJ Media