Hillary Defenders: Relax, That 'Beyond Top Secret' Intel on Her Server Was 'Innocuous' 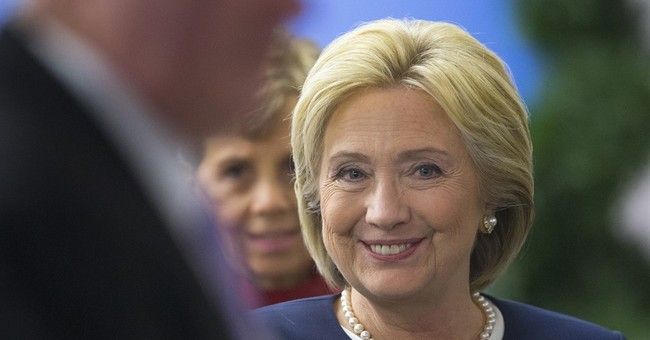 An intelligence community review has re-affirmed that two classified emails were indeed “top secret” when they hit Hillary Clinton’s unsecured personal server despite a challenge to that designation by the State Department, according to two sources familiar with the review. The sources described the dispute over whether the two emails were classified at the highest level as a “settled matter.” The agencies that owned and originated that intelligence – the CIA and National Geospatial-Intelligence Agency or NGA – reviewed the emails to determine how they should be properly stored, as the State Department took issue with their highly classified nature. The subject matter of the messages is widely reported to be the movement of North Korean missiles and a drone strike. A top secret designation requires the highest level of security, and can include the use of an approved safe. The sources, who were not authorized to speak on the record, told Fox News that while the emails were indeed “top secret” when they hit Clinton’s server, one of them remains “top secret” to this day — and must be handled at the highest security level. The second email is still considered classified but at the lower “secret” level because more information is publicly available about the event.


Please recall that Mrs. Clinton at first stated that no classified material of any sort passed through her server, then wrongly claimed that she's never personally sent or received such information, then falsely asserted that none of the material was classified at the time.  Now that the Inspector General has determined that Clinton's vulnerable bootleg server also contained beyond top secret intelligence, some of her defenders appear to be shifting tactics.  Rather than denying the classification level or the existence of the emails, they're stating that the subject matter of the SAP-level emails in question was "innocuous" -- adding that Clinton didn't send those particular messages anyway.  Via NBC News:


Ah, so this beyond-top-secret intelligence really wasn't that important or secret, certain 'technicalities' aside.  First of all, federal rules for handling of classified information -- especially at this highest level -- are not mere suggestions; they're the law.  Secondly, we now know that Clinton's unprotected server held secret, top secret and above-top-secret information, pertaining to everything from the Iran deal negotiations, to US drone strikes, to North Korean nukes.  No amount of spin can change those facts. Federal investigations are based on facts.  Laws are enforced based on facts.  And as we noted yesterday, the only thing the government has to prove is that Mrs. Clinton treated any classified information in a 'negligent' manner.  The facts demonstrate that she handled at least 1,300 classified emails negligently by storing them on a server that totally lacked adequate protections -- and continued to willfully do so even after she was personally and explicitly warned that foreign hackers were targeting US officials' private email accounts. "Negligent" hardly seems adequate to describe that conduct, especially given that the trove of secret information she knowingly put at risk included intelligence that was "born classified" at the top three secrecy-level designations.  Third, the whole "she didn't send those emails" excuse is legally irrelevant; plus, Hillary herself denied sending or receiving any classified information on her server.  Sen. Feinstein can criticize Fox News' report as "partisan" until she's blue in the face.  The story was accurate.  The memo exists, and it was produced by a nonpartisan entity.  And since we're on the subject of that nonpartisan watchdog, Bloomberg examines the "remarkable" and possibly "unprecedented" Clinton campaign strategy of accusing a respected Inspector General of colluding with Republicans to damage Hillary:

Hillary Clinton’s presidential campaign Wednesday accused the intelligence community’s top oversight official of conspiring with Republicans in the Senate to leak sensitive information about her personal e-mail server. That’s a risky move, considering that it has produced no hard evidence of a conspiracy and the accused parties are denying it...Deb Chapman, spokesperson for the intelligence community inspector general’s office, declined to comment on the Clinton campaign’s allegations, but said that McCullough stands by the information contained in his letter to Burr and Corker, a copy of which Fox News obtained. “Catherine Herridge’s article was spot on,” she said, referring to Fox News’s intelligence correspondent. “It’s all accurate.” For a major political candidate and former cabinet official to publicly accuse an inspector general of the intelligence community of intentional leaking and collusion with their political opponents is remarkable, if not unprecedented. McCullough, an attorney and former FBI agent, was unanimously confirmed for his position in 2011 and received praise from senators on both sides of the aisle.


I'll leave you with this.  "Innocuous:"