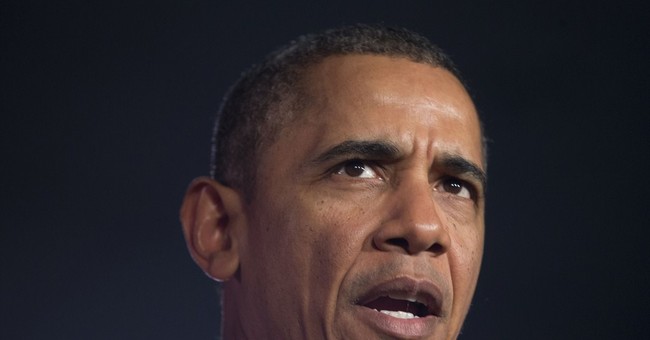 Nearly six in ten Americans now disapprove of President Obama's job performance, with just 41 percent giving him a thumbs-up. That's the top line result of a new Associated Press national poll, representing Obama's worst performance in the history of the survey. Obama didn't fare any better on most issues, earning poor marks on his handling of the economy (39/59), the federal budget (36/63), immigration (38/61), and foreign affairs (40/58). The survey reveals a sharp deterioration in the president's personal favorability, which dropped to (42/51). Bizarrely, the AP appears to not have asked any questions about Obamacare, despite any number of news hooks -- including the impending (but extended) enrollment deadline.

CBS News' latest poll did ask about Obamacare, however. It showed public approval of the health law underwater (41/53), the exact same margin as this week's brutal Morning Consult poll. That survey noted that undecided likely 2014 voters disapprove of Obamacare by a 40 point margin. Obama is upside-down on healthcare approval (40/56) in the CBS poll, in which respondents said the current healthcare sign-up process is going poorly by nearly a two-to-one margin. A fresh Fox News poll also contains unwelcome news for the White House, with Obama's overall job approval sucking wind at (40/53). Fox polled two issues related to American prestige -- the cancellation of our space shuttle program (the US has struck a deal to pay Russia roughly $71 million per astronaut, per space flight, because we currently lack the capability to launch our own people into space), and the Obama administration's decision to transfer control of the internet from the United States to an international body. I discussed both issues on FBN last evening:


I recognize that the United States no longer has the luxury of spending untold billions on what some might describe as prestige projects. But the systemic relinquishing of American exceptionalism and supremacy -- on everything from our decades of economic dominance to our heretofore unmatched military might -- isn't happening in a vacuum. Global politics can often be a zero sum game, and when the US and its allies recede from the fore, someone else fills the void. Even those Americans who are war-weary, or who believe we deserve to be 'cut down to size' ought to have a long, hard think about which emerging international players they'd prefer to see empowered. The new Fox poll reflects heavy public disapproval of both decisions:

A 52 percent majority of respondents say the US has gotten "weaker and less powerful" over the last five years, with only 17 percent stating that we've become "stronger and more powerful." The CBS poll also showed a 43 percent plurality agreeing that world opinion of the US has deteriorated under President Obama, with less than a third saying it's improved. I'll leave you with a key reminder: Despite being a lame duck, Obama's approval ratings are far from irrelevant.