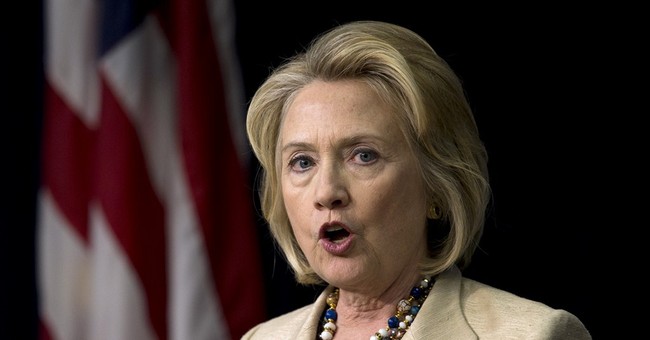 Katie walked you through this morning's CBS News poll showing Barack Obama's approval rating bleeding to a new low of (37/57), with Obamacare support tanking to (31/61). If those are the national numbers, imagine what the president's standing must look like in places like, say, Arkansas, Louisiana and North Carolina. One swing state that has trended blue since 2004 is Colorado, where Republicans have begun to struggle in major statewide races. There have been a few glimmers of hope in the Rocky Mountain state over the last few months, but can the GOP begin to reverse nearly a decade of erosion? A new Quinnipiac survey of Coloradans suggests that Democrats' position of strength in the state is in real peril:


- The president's job approval number is upside down by 23 points (36/59). This is a state he carried by five points one year ago. Obamacare is unpopular (40/56), and respondents split blame for the government shutdown nearly evenly between Obama and Congressional Republicans. - Incumbent Sen. Mark Udall appears vulnerable in his 2014 re-election bid, failing to break 45 percent support against all potential challengers mentioned in the poll. By a 47-41 margin, Colorado voters say he does not deserve another term in office. His fellow Democrat Sen. Michael Bennet, who isn't up until 2016, has a weak job approval rating of 39 percent. - In hypothetical 2016 presidential match-ups, Hillary Clinton trails three Republicans, and is tied with another:


Presidential polling three years away from an election is silliness, but Clinton's very mediocre showing in this poll indicates that Obama's troubles are dragging down his whole party. Congressional Democrats know it, which is why they're flipping out and venting to the media. And I'd be willing to bet that most voters aren't yet aware that Obamacare is Hillarycare. Charles Krauthammer called Hillary a "paper tiger" on Hugh Hewitt's radio show last night. Might he be onto something?


“Every single one can beat Hillary. Hillary’s a paper tiger,” the conservative columnist said, according to a transcript. “Hillary was inevitable in ’08 and what happened to inevitability? I don’t think she’s that, I think she can win, of course. And I think she’ll get the nomination by acclamation for religious reasons.”