Tech Expert: Obamacare's Website is Super Broken and Should be Shut Down For Major Repairs 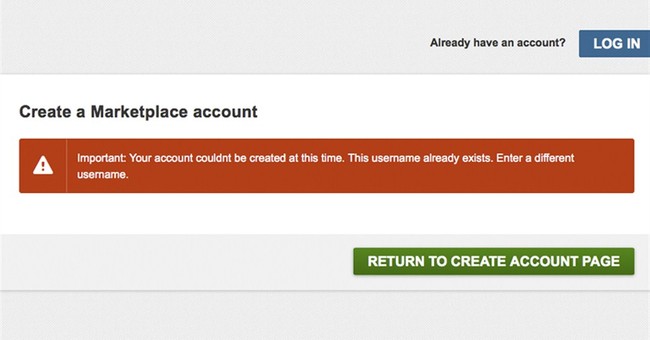 There's one party in Washington, DC that places an inordinate amount of faith in the power, efficacy, and responsibility of the federal government. That same party is solely responsible for 2010's healthcare overhaul, which transformed one-sixth of the US economy, and was jammed through in a series of partisan votes. This particular party's leader is the President of the United States, whose name is synonymous with the controversial program. The basic functioning of said program relies in large part on a complex website, which the president's pro-government party had more than three years and between $100 and $400 million to construct. Now that the program is "live," this core necessity is so deeply broken that industry leaders and technology experts now believe it must be shut down indefinitely for intensive repairs:

I think the feds have to really solve their problems. I wouldn’t go on those sites now. People are just wasting their time. I think Mark Bertolini from Aetna made the comment this morning, and I agree with it that the smart move on the part of the Obama administration would’ve been to suspend the Web system, shut it down, go back, and fixed the problems...The problem with the Obama administration keeping this open is its five times harder to fix something like this on the run. If it would’ve taken a month to fix it during the shutdown, it’ll take three or four or five months to fix it while it was running.


That's a quote from Robert Laszewski, whose jaw-dropping report we cited on Saturday, regarding Obamacare's enrollment disaster. A subsequent independent report concluded that 99.6 percent of visitors at the federal government's healthcare.gov visitors failed to enroll. At the state level, things are spotty at best, as additional states are admitting that they've signed up zero people so far. Others only boast a small handful of 'success' stories -- many of which very well may not be true successes at all because of the terrible problems plaguing the insurer side of these portals. Local media outlets are hammering away, and the drumbeat of bad PR would be louder if the DC debacle weren't dominating the headlines. Why has the launch been so atrocious? Because of political ass-covering gone seriously awry. Laszewski confirms Avik Roy's theory that the Obamacare websites were designed to reduce the appearance of premium sticker shock. This necessitated a system that requires users to endure an intricate series of (currently broken) steps before seeing their proposed rates:


Healthcare.gov forces you to create an account and enter detailed personal information before you can start shopping. This, in turn, creates a massive traffic bottleneck, as the government verifies your information and decides whether or not you’re eligible for subsidies. HHS bureaucrats knew this would make the website run more slowly. But they were more afraid that letting people see the underlying cost of Obamacare’s insurance plans would scare people away. HHS didn’t want users to see Obamacare’s true costs “Healthcare.gov was initially going to include an option to browse before registering,” report Christopher Weaver and Louise Radnofsky in the Wall Street Journal. “But that tool was delayed, people familiar with the situation said.” Why was it delayed? “An HHS spokeswoman said the agency wanted to ensure that users were aware of their eligibility for subsidies that could help pay for coverage, before they started seeing the prices of policies.”


Another big reason behind the woeful state of affairs is that the administration deliberately back-loaded much of the process -- again for political reasons. Obamacare's regulations and other key data components weren't released until after the 2012 election, explicitly in order to deny Republicans the chance to use the information as attack fodder. Thus, key tasks were put off until Obama was safely re-elected -- and by the time things got rolling, it was too late to get it right. Gross incompetence, married with myopic, selfish political interests. Heckuva job, guys. If you read nothing nothing else about Obamacare all month, read centrist wonk Megan McArdle's utterly devastating piece on all aspects of the law's failures. She dissects and busts every administration roll-out myth and attempt at blame-shift, concluding that Obamacare is actually dangerously flawed and could ruin the entire system, and people's lives with it, if it's not fixed. She urges the administration to set a "drop dead date" by which Obamacare must be broadly functional. If that deadline is missed, an indefinite delay is the only humane and fair option, she argues, no matter how embarrassing it may be for Democrats. Seriously, seriously read the whole thing, and share it widely. So when might Obamacare's exchanges be functional? The White House can't say:

I'll leave you with a delicious moment of levity. Check out how one left-wing Daily Kos diarist reacted when the impact of his favorite president's law smacked him upside the head (content warning):


My wife and I just got our updates from Kaiser telling us what our 2014 rates will be. Her monthly has been $168 this year, mine $150. We have a high deductible. We are generally healthy people who don't go to the doctor often. I barely ever go. The insurance is in case of a major catastrophe. Well, now, because of Obamacare, my wife's rate is gong to $302 per month and mine is jumping to $284. I am canceling insurance for us and I am not paying any f**king penalty [censorship mine]. What the hell kind of reform is this? Oh, ok, if we qualify, we can get some government assistance. Great. So now I have to jump through another hoop to just chisel some of this off. And we don't qualify, anyway, so what's the point?


Oh, but you will pay the f**king penalty tax. The lovely "fairness" enforcers at the IRS will see to it that you do. Congrats on your side's big accomplishment, bro.